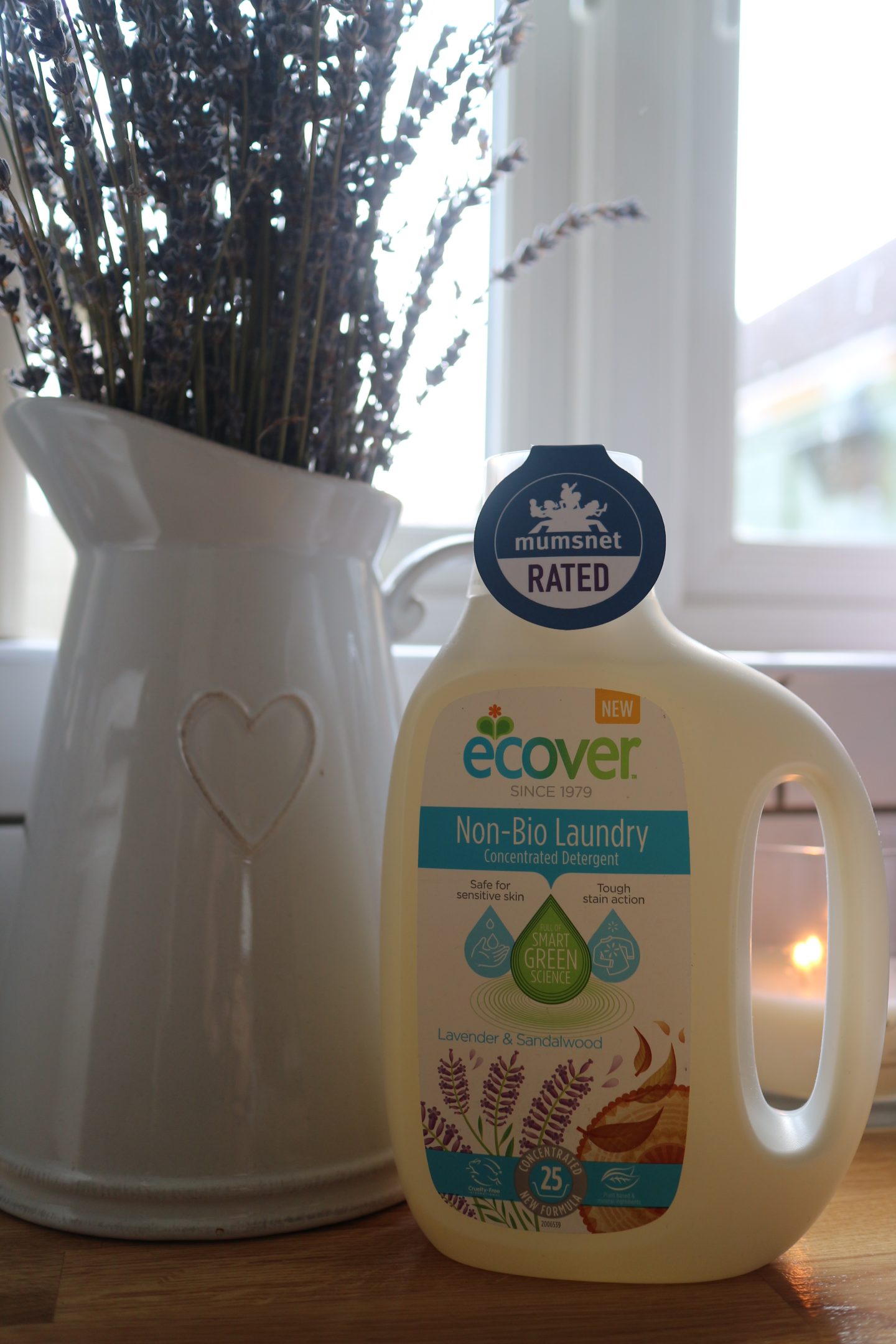 *This post is an entry for BritMums #EcoverLaundry Challenge, sponsored by Ecover.

I remember the early days of mine and Ell’s relationship – you know, the days when you go from being newly in love and lust – and then you move into together and  you have to get used to washing someone else’s underwear other than your own?  I think it actually made me feel like a proper grown up – renting and moving into our first flat (which was about a thousand years old with crumbling walls, but had the biggest living room for having parties – ah those pre kids days), and buying our first ever washing machine. Back then I went for the one that looked the prettiest – annoyingly it was rubbish, and luckily we only ever had to do laundry once a week. We had no garden, or dryer and used to load everything onto a rickety old airer – and it took until the following Saturday to actually dry. I loved the smell of the fresh washing drying though – there is no better smell – even when it was Ell’s muddy football kit – the true test of our relationship in the early days.

Eventually, we bought our first (and current) house, and I was so excited to move in. Mainly because it had a rotary line in the garden and space for a tumble dryer. Thats when you know you are growing up. 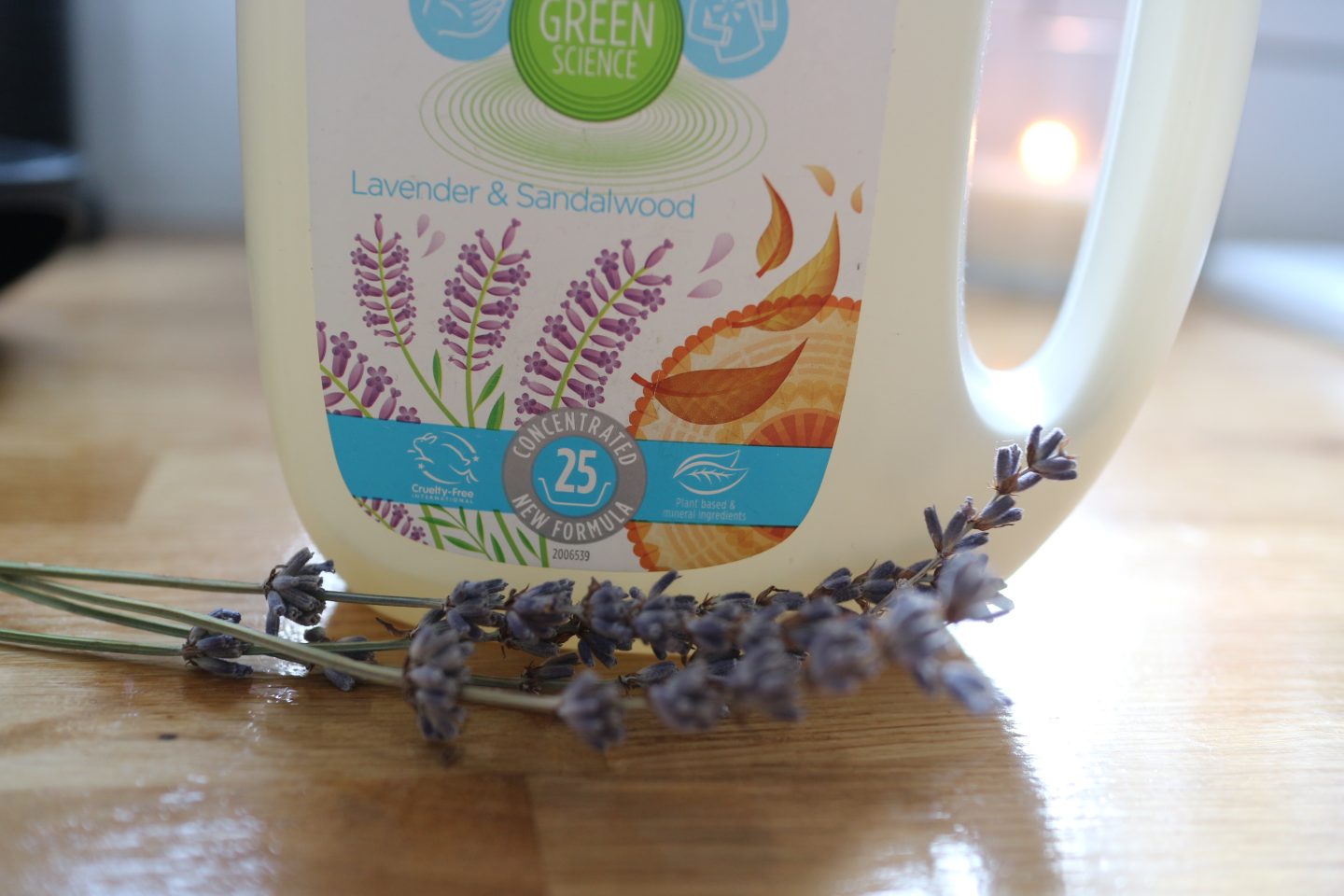 We married the following year, and 11 months later became parents for the first time. I don’t care what anyone says, one of the hardest things (obviously along with lack of sleep) that I found about being a new mum was the sudden escalation in the amount of washing I had to do. Izzie wasn’t a sicky baby, but was a seasoned pro at the ‘poonami’ and many a time was spent peeling a poo covered baby grow from her back. All too soon came the days of weaning, and lots of tomato based food and the stains that came along with it.

Ollie arrived just over two and half years later and he suffered badly with reflux. I remember one day changing our bedsheets twice and his clothes three times in less than an hour. Thankfully he grew out of it by the time he was six months old, but by then we were back into weaning and ‘tomato stain’ territory. Also as they get older and more independent they definitely go through a stage where its actually easier to get them naked to eat rather than change their clothes at every meal – not advisable in public of course. 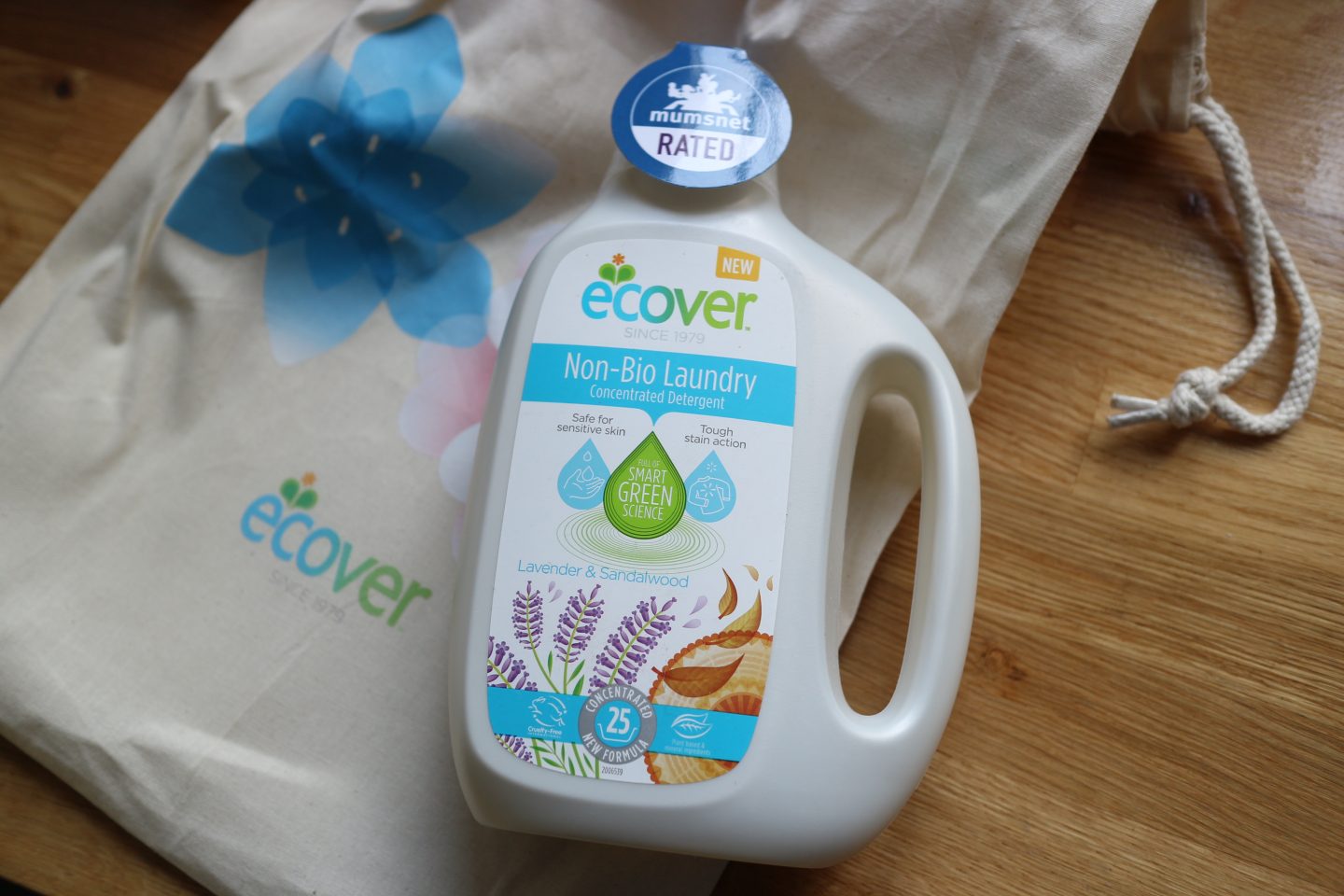 Mason came along in May 2015, and although I didn’t really find three kids any more work than having two, I definitely noticed a difference in our washing pile, and ever since have been battling to find the bottom of the basket. Now that both Izzie and Ollie are at school, the washing pile is slightly smaller as they tend to keep their uniform on when they get home in the evenings. I then wash this once a week on a friday (we have 5 sets of everything for ease).

Izzie has been sensitive to washing liquids in the past, and so I have always bought a separate non-bio washing liquid to wash the children’s clothes in – mainly because I found the non-bio ranges don’t tend to have much smell and as I mentioned earlier, I love my washing to smell fresh. Don’t even get me started on how happy fresh, clean bed sheets make me. 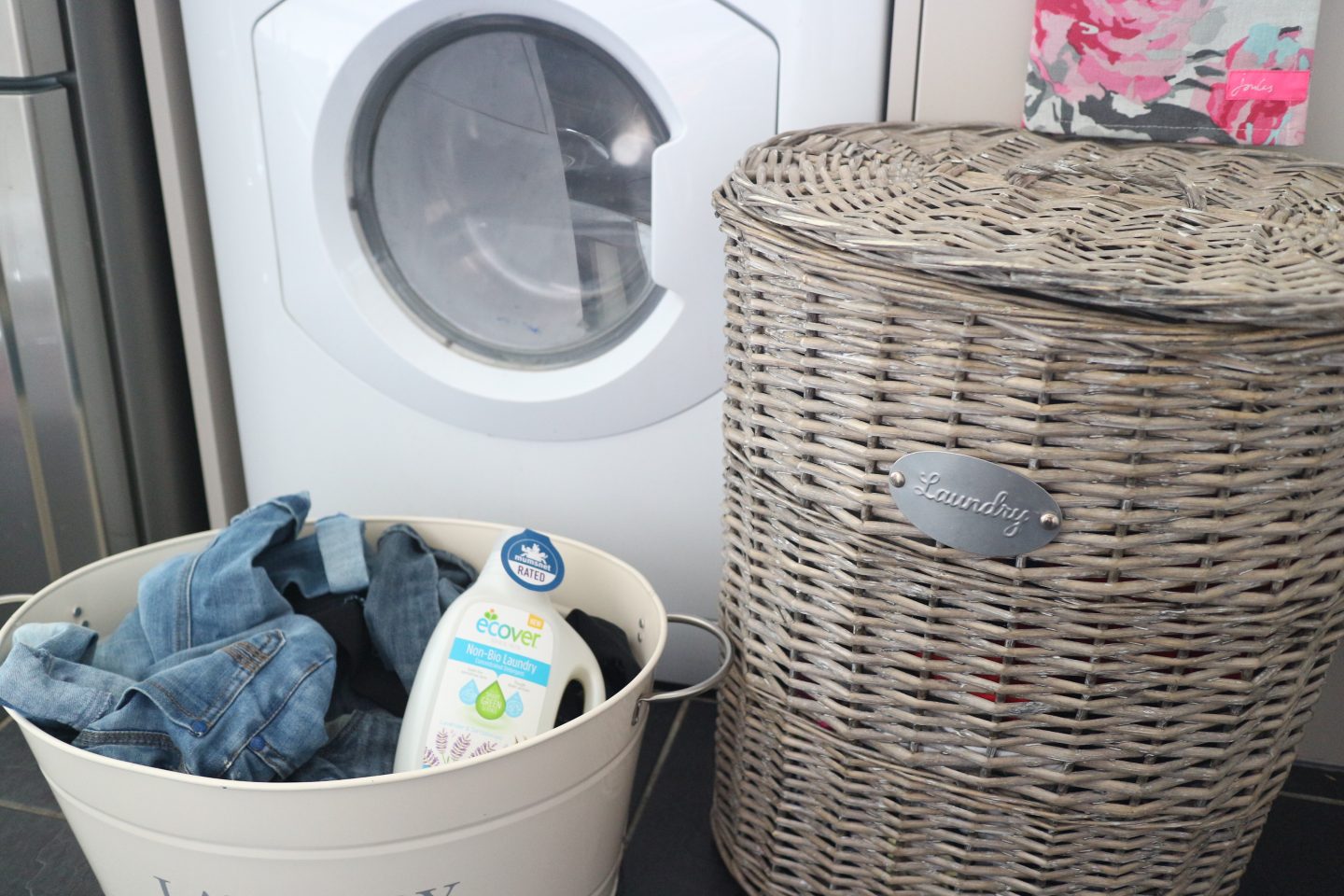 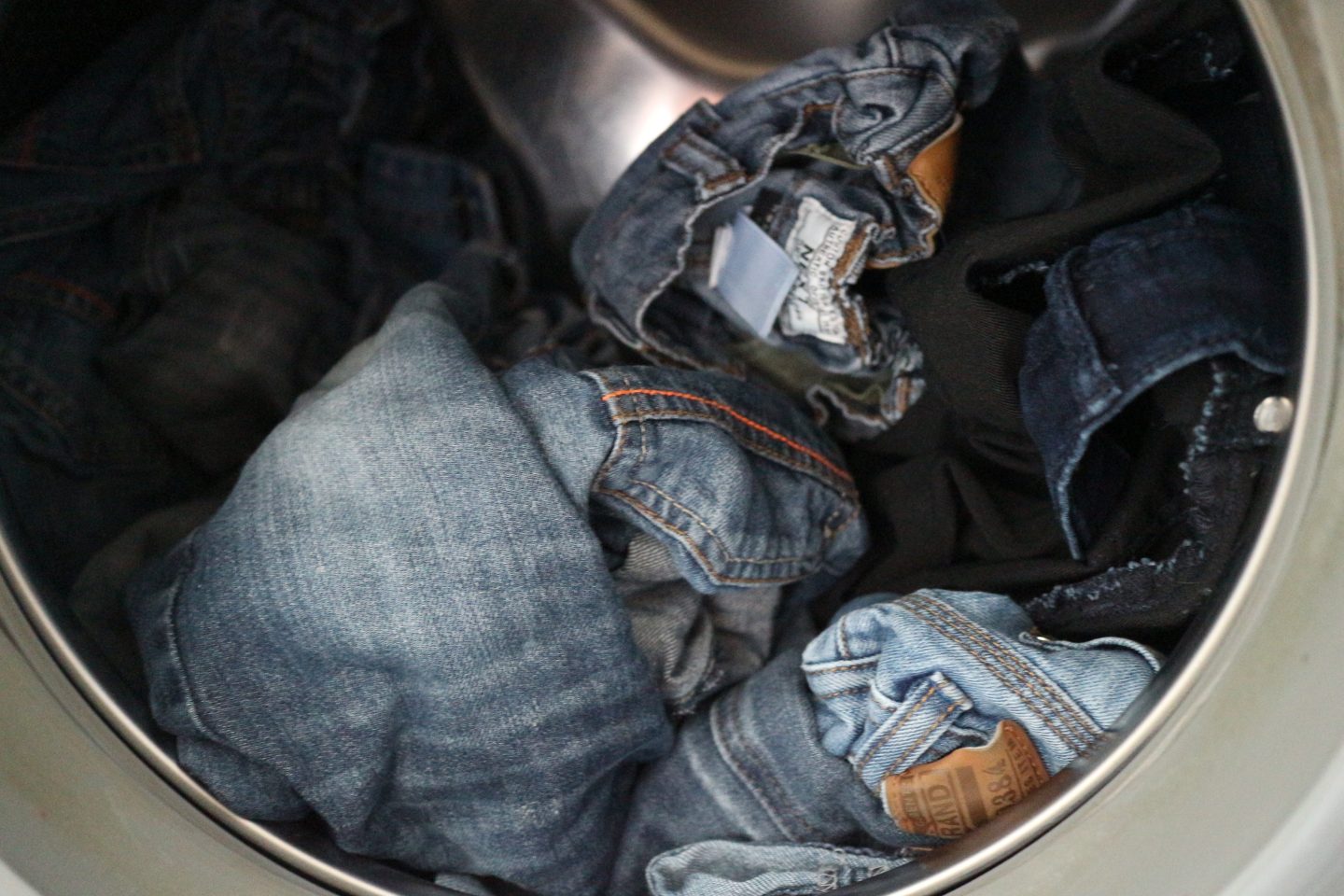 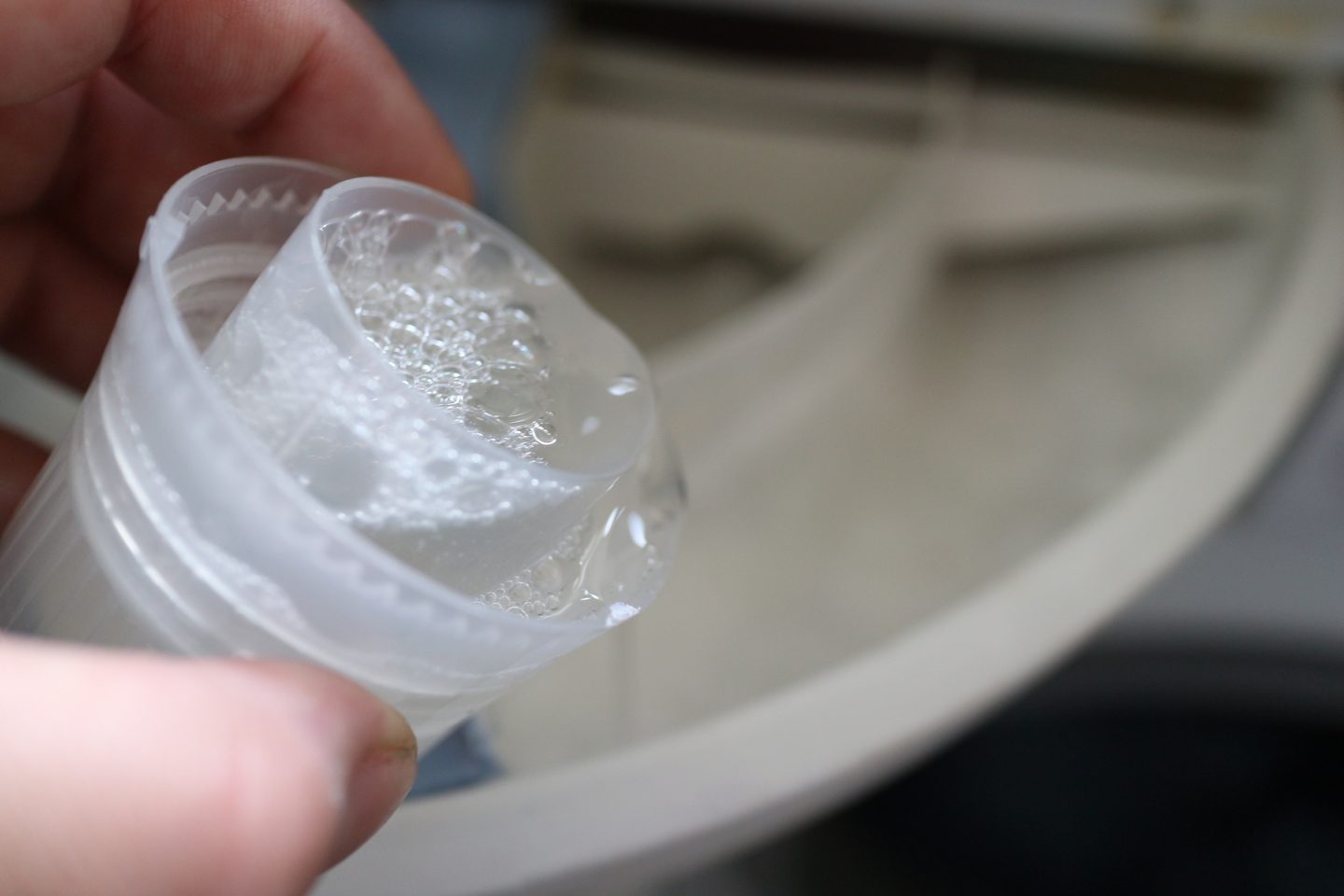 I was really excited (yes I am actually very easily pleased) to try out the new Ecover Laundry Detergent.

I was impressed to hear that Ecover have been pioneering a ‘greener clean’ since 1979 and their new Non-Bio Concentrated Laundry Detergent claims to deliver a powerful clean with a delightful new fragrance – Lavender and Sandlewood. It is suitable for washing everything from Newborn baby clothes to bedding, as it is kind to sensitive skin whilst still being tough on stains. 89% of Mumsnet raters said that they would recommend to a friend, and I have to say I agree.

It actually makes my laundry easier, as I can use the same liquid for our clothes and the children’s clothes, due to it being Non-Bio and kind to skin whilst still having a lovely fragrance. I was surprised how well the fragrance lasted after washing too, in comparison with other non-bio products I’ve used in the past. You only need to use a capful to get a good result, and it works well on stains – believe me, the little Brushneens have put it to the test. As it is now Autumn, the clothes have been drying on the airer inside a lot more, and also in the drier. Our garden doesn’t get a lot of sun past the middle of September, so I’ve been enjoying the freshly washed smell in my kitchen again. As I try and do a load of washing at least once a day, the bottle has lasted really well too. I have actually been so impressed I’ve mentioned it to a few mum friends as it is so efficient. 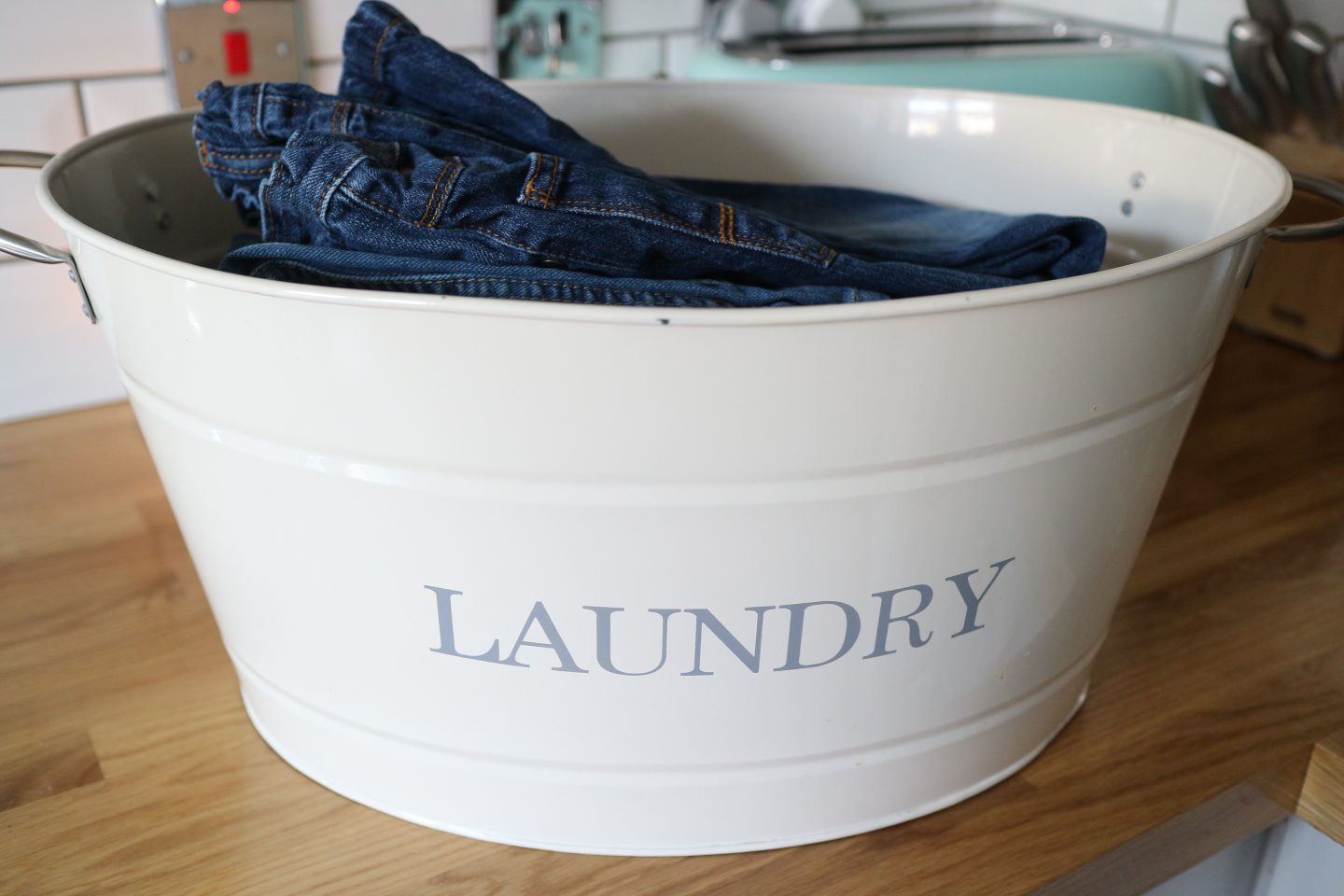 Anything that makes my life easier in terms of washing gets a huge thumbs up from me  – and I will definitely repurchase and continue using the Ecover Non-Bio Concentrated Liquid when this bottle runs out. Now I just need to teach the kids how to load and work the washing machine and life will be a breeze!

Disclaimer: We were kindly sent this product for the purpose of this review. All photographs and opinions are as always my own.