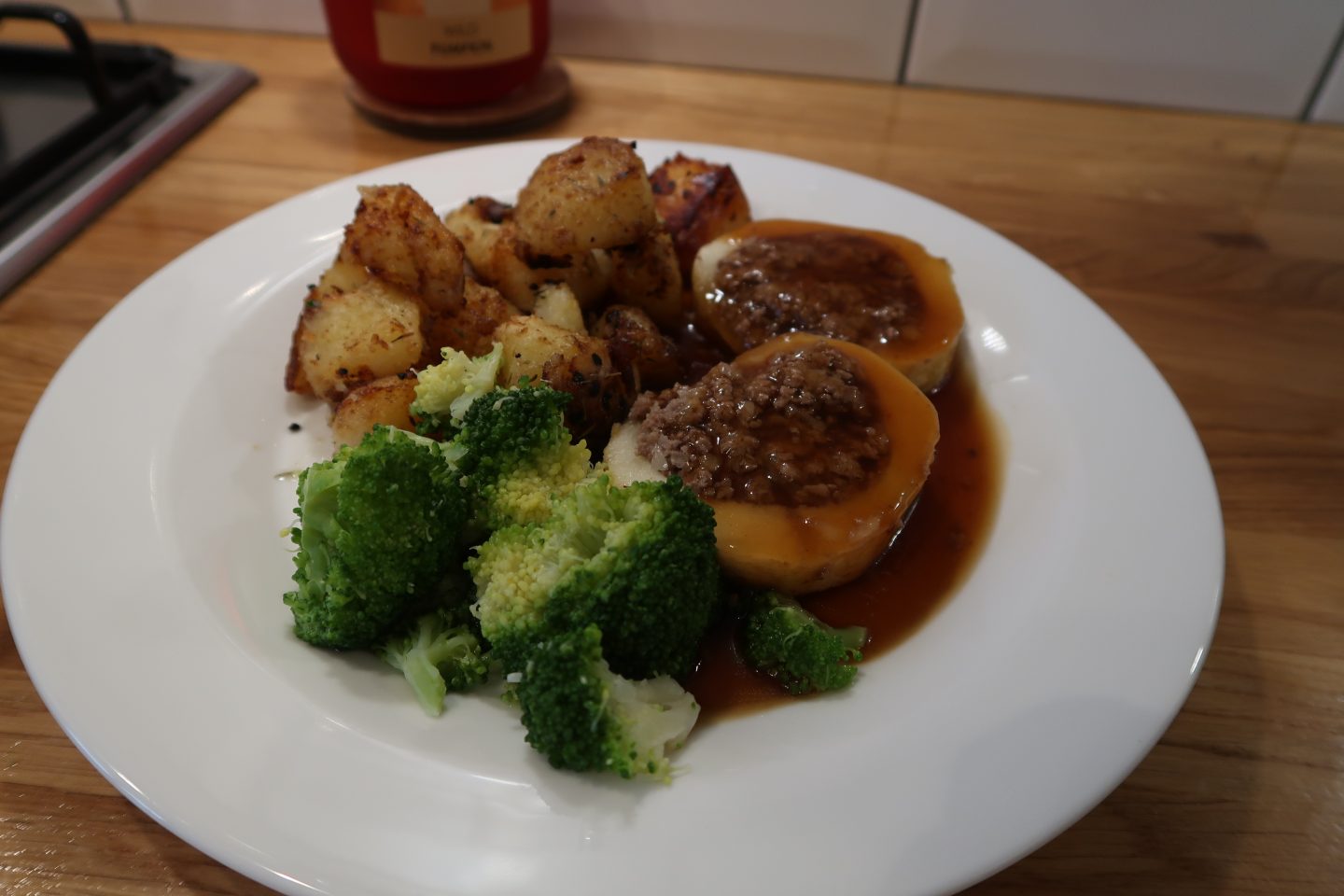 *This post is an entry for the BritMums #HealthyRedMeat, sponsored by the Meat Advisory Panel. 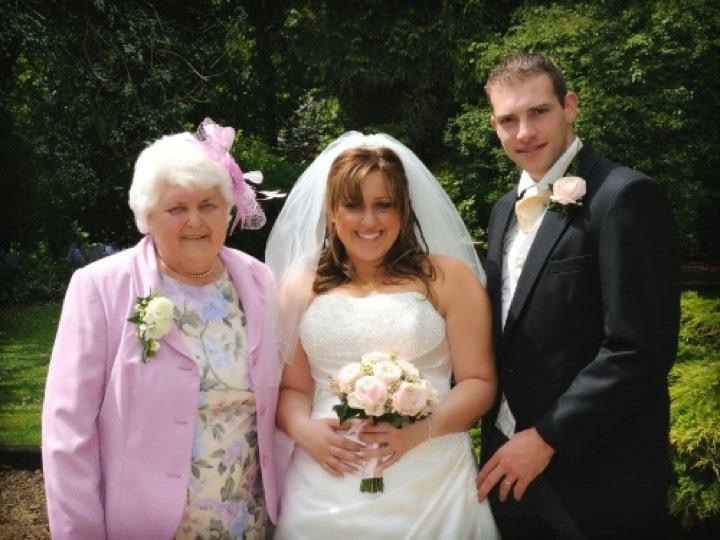 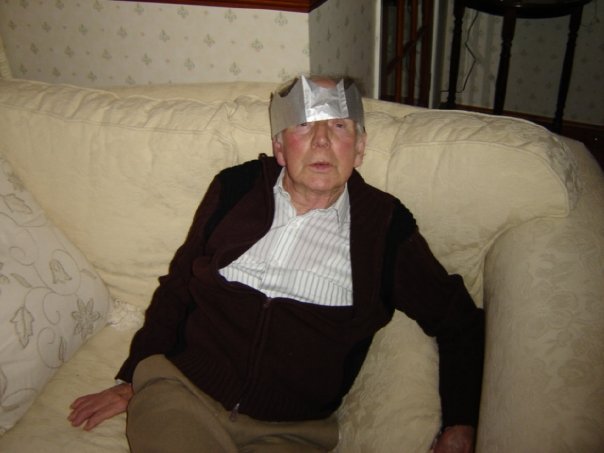 My Nanny & Grampy. They were both hilarious, kind, and very set in their ways – in the best way possible. Without fail my Nan would always have a joint of meat in the oven on a Sunday. What wasn’t eaten with the Roast dinner would be kept and used for leftovers. Even vegetable scraps would be used to cook up, and mash with corn to feed their chickens. I remember going food shopping with them when I was little in the summer holidays. They would go every Thursday. My Grampy would inspect every bit of meat – usually a beef joint, until he had found the perfect one. My Nan used to despair, muttering ‘silly old man’. Gramp passed away in 2007, and it devastated us all. Despite Nan thinking he was a ‘silly old man’, she lovingly cared for him at home as long as she could, not the easiest task as he had bowel cancer. The kind of love that everyone should aspire to. I was devastated he wasn’t at our wedding, he would’ve had a whale of a time, he was always one for dancing, a tipple and a good time.

This photo of us with my Nan was taken at our wedding in May 2009. She was overjoyed when a few months later we announced that we were pregnant with Izzie, but sadly she passed away from complications of an ulcer in January 2010, three months before Izzie was born. I’m so sad that neither of them got to meet my kids, they would’ve adored them.

I wanted to tell a bit of back story, as when I was set the #HealthyRedMeat Challenge by Britmums, I knew exactly what recipe I wanted to share. This recipe was passed down from my Nan to my Mum (it is my favourite meal that Mum cooks), and now for the first time I have attempted it myself – and I’m so glad that Izzie, Ollie and Mason loved it too – and who knows one day, maybe Izzie will cook this for her family. As I said, traditionally, my Nan would always use up the leftovers and this recipe was usually made using them – my Mum like my Nan before her always buys a bigger joint of meat than is necessary, because the leftovers are always just as good as the main meal. 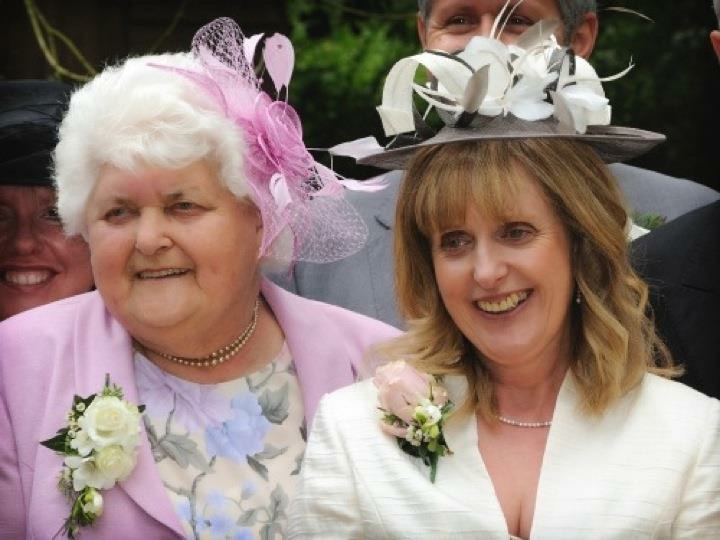 Being the rebel that I am (edit: never am) I broke with traditional and bought a small joint of beef for this recipe. In fact the whole meal cost under £10. As a Mum of three moderately fussy eaters, finding meals that are affordable, and quick and easy can be hard. One of the healthiest    tastiest (and most versatile) ingredients is red meat.

Red Meat provides a range of important nutrients that are often low in toddlers and children. These include iron, zinc, and B vitamins, selenium and potassium. Recently Red Meat has been in the spotlight, and experts are worried that the benefits have been overshadowed by negative and misleading views. The Meat Advisory Panel has been formed, consisting of an independent group of nutrition experts, and they have partnered with Britmums to cut through the confusion surrounding red meat, and help promote it within the diets of children. Dr Emma Derbyshire, who is a Public Health Nutritionist and a Mother, says “Including a small portion of red meat in the diet a few times a week after weaning can help to bridge nutrient gaps and so help to maintain good health throughout childhood and beyond.”

One thing that my children will always eat is meat, potatoes and veg (as long as it doesn’t have obvious tomatoes in it – who knows why?). This recipe is a great variation on a Traditional Sunday Roast, and I love that it is a special family recipe that has been passed down and loved by three generations. 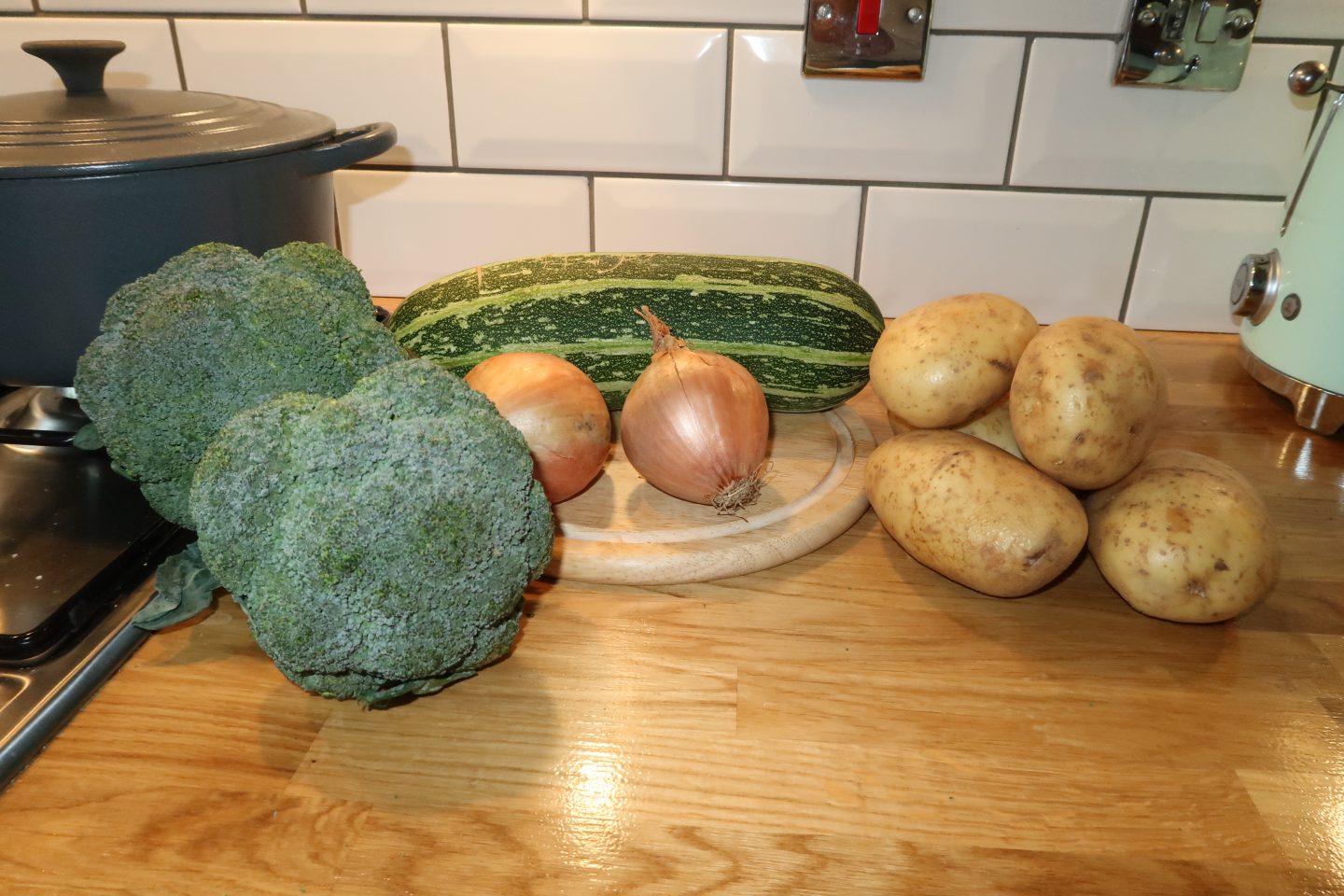 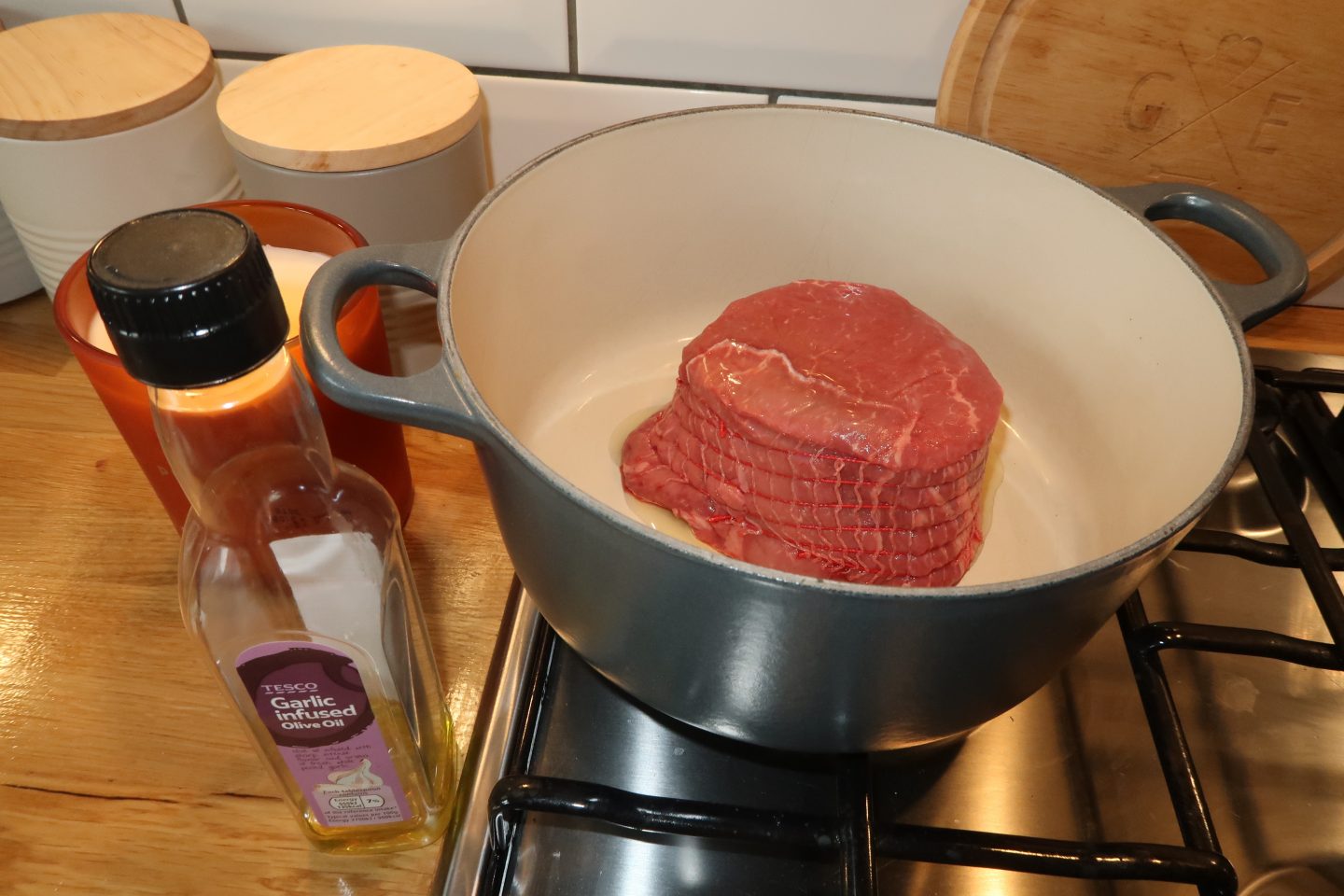 A Small Joint of Beef

A tablespoon of flour

A Roasting Tin, Casserole Dish, A Food Processor, A Jug, Two Saucepans, A Chopping Board, A Potato Peeler, and a Knife

It is a lovely, tasty, filling, warming meal – one that I associate with Autumn and the changing of the seasons, as marrows are widely available and ripe at this time of year. The marrow adds a sweetness to the beef and onion flavour. It is just delicious. 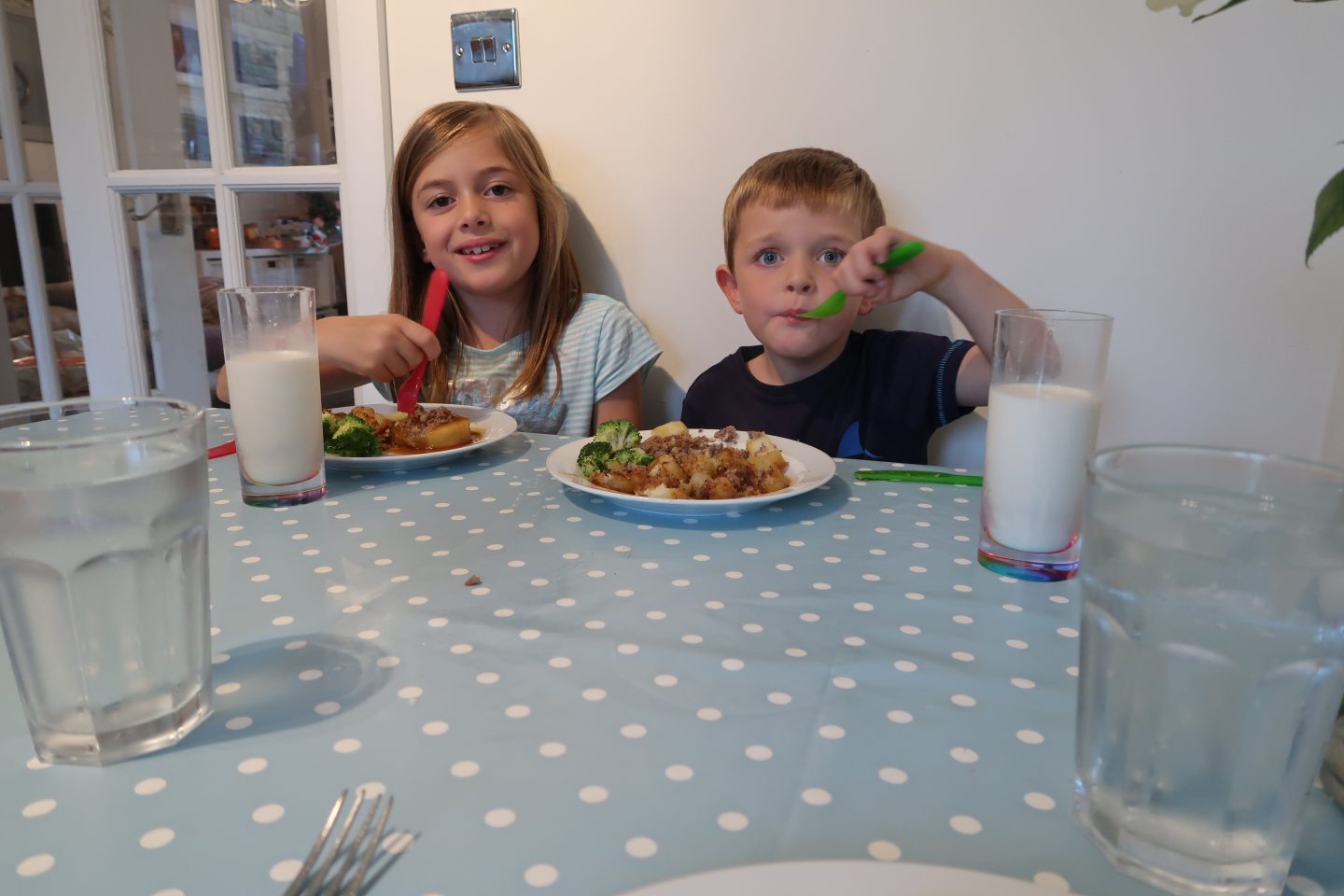 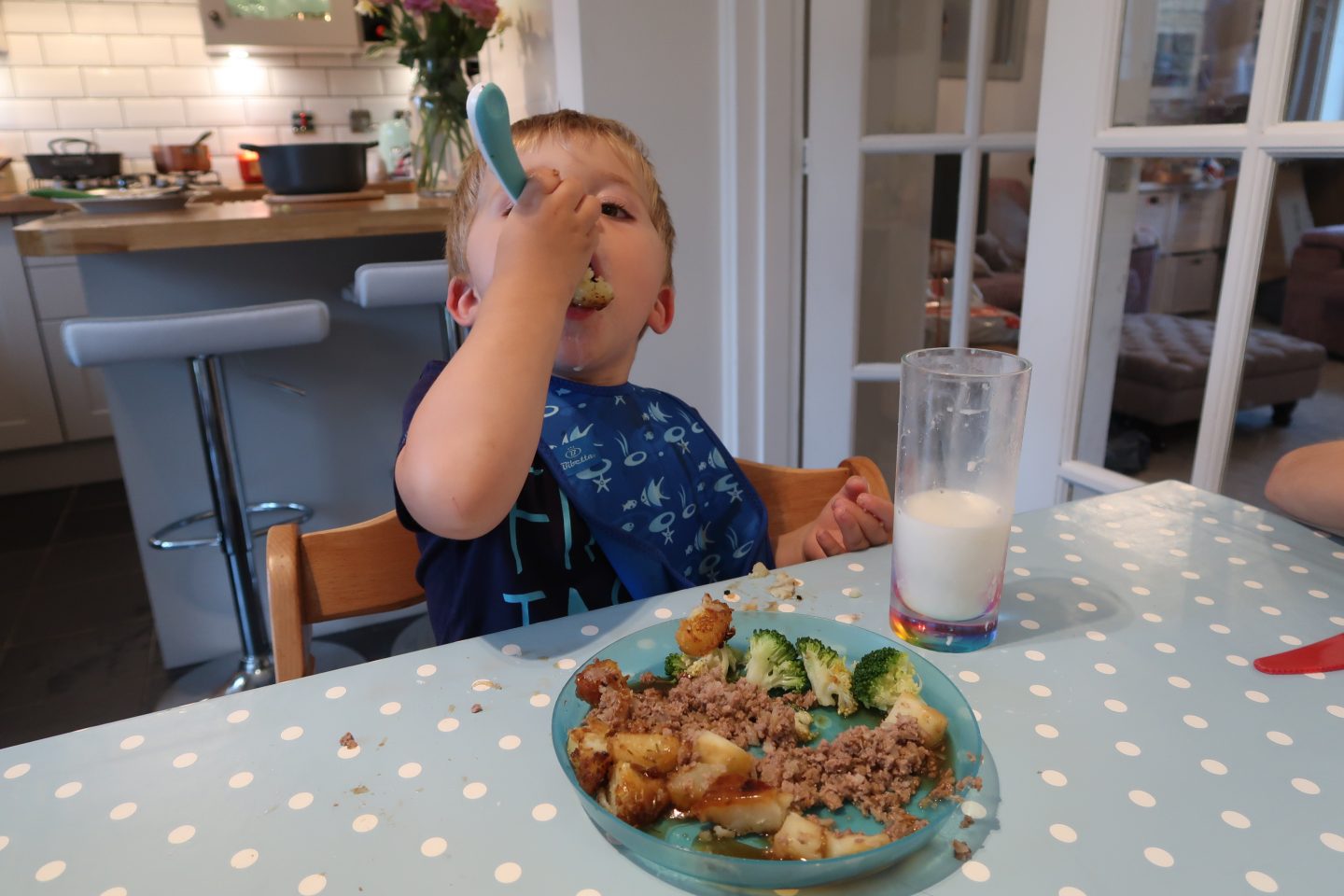 All three kids loved it. Ollie rarely eats more than half of his plate, and even his was nearly empty – considering I gave them all a decent sized plate full of food. 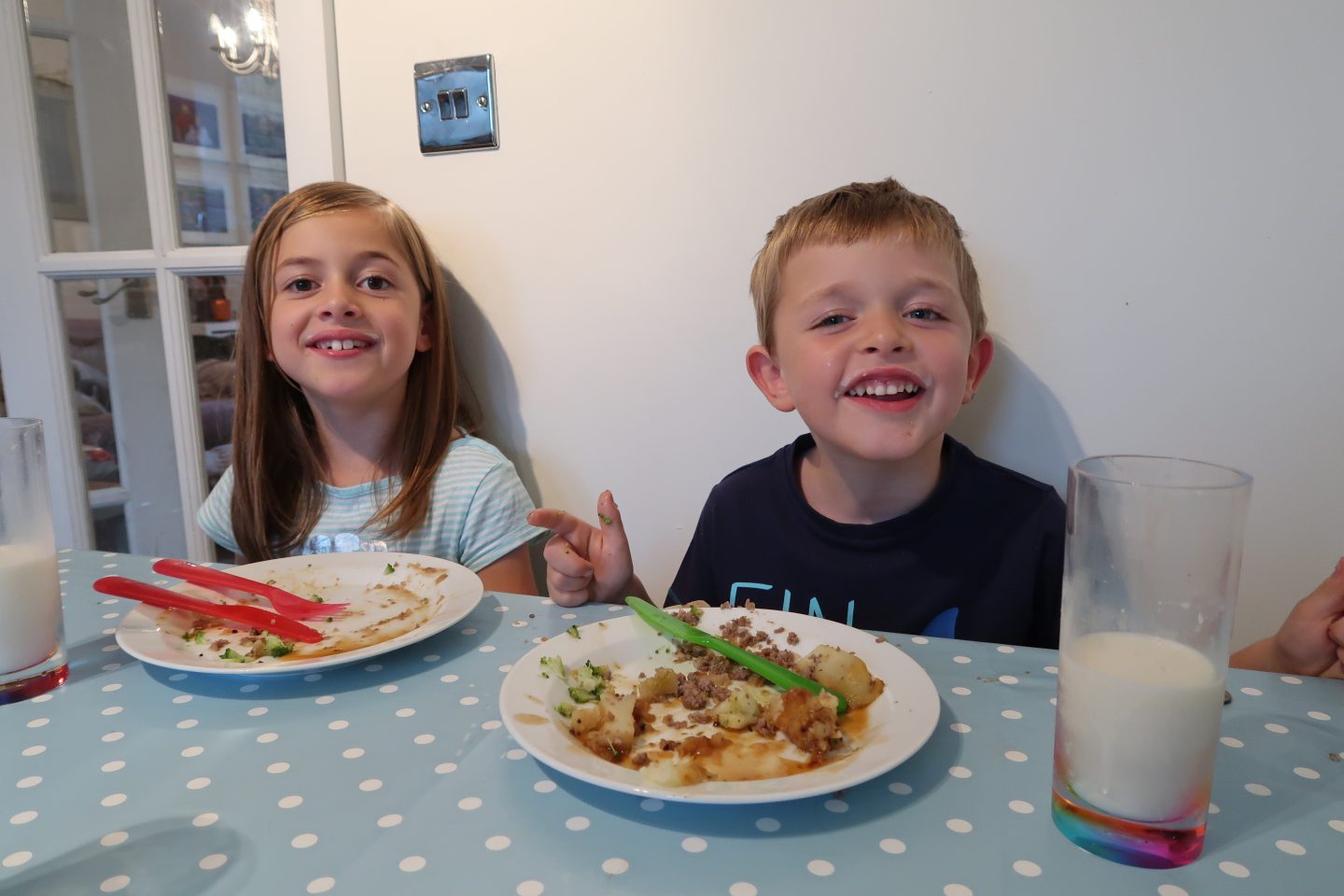 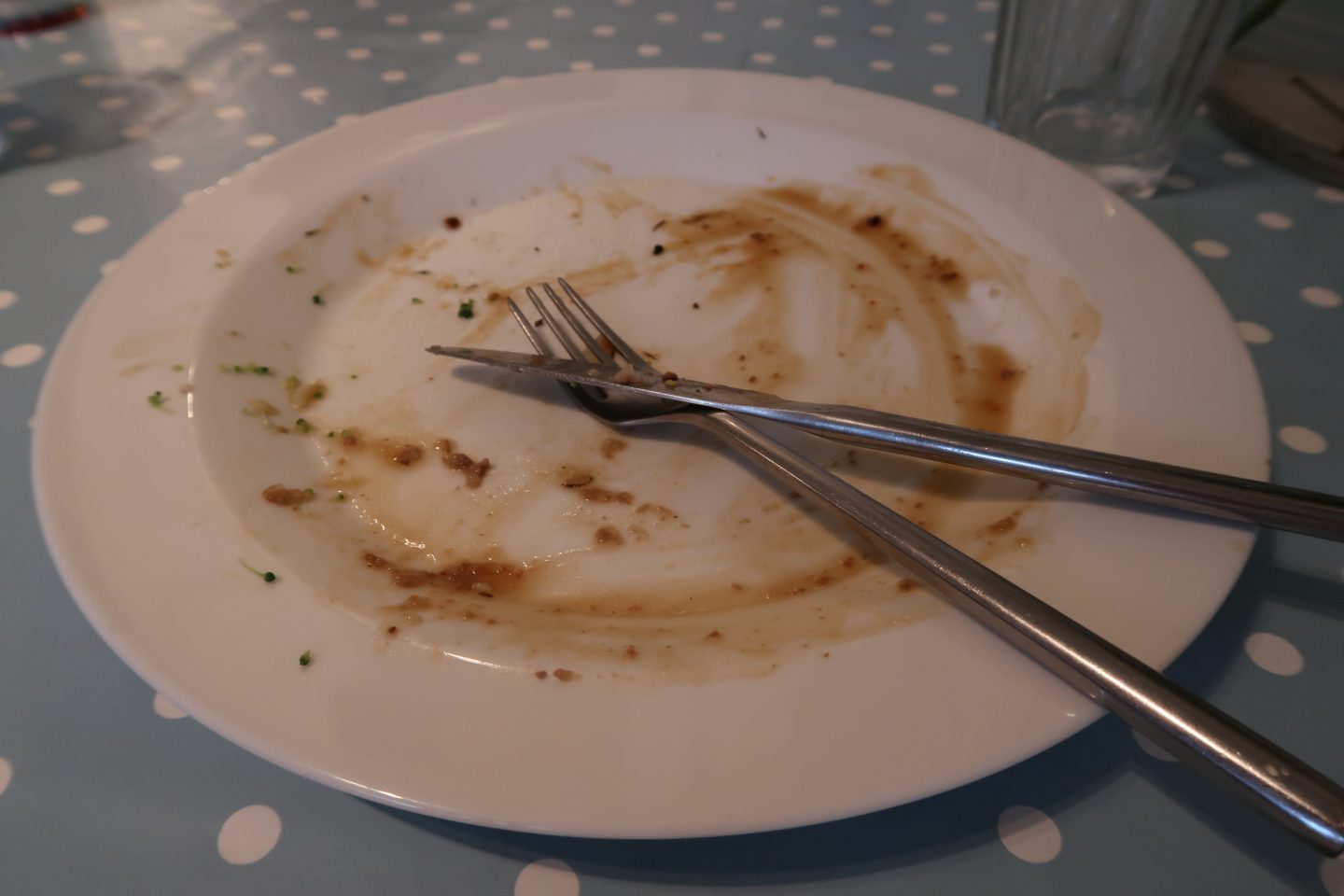 I love that my children are getting to eat food that I loved growing up – food that is traditional, healthy and full of goodness and yummy of course.

Izzie said “I love roast potatoes and the roll (stuffed marrow) was yummy”.

Ollie said “Thank you mummy for the bestest dinner ever” – I’m not 100% sure if he was winding up or being genuine, but it made me and Ell laugh, and I’ll take that.

I’m hoping that as they liked it, I did my Nan proud – I can picture my Gramp sat with his dinner on his lap watching Emmerdale, eating it now.

In my opinion, food is always just that much better when its associated with memories.

Disclaimer: We were kindly provided with a £10 Tesco voucher by Britmums to buy the food for this recipe, but all opinions and photographs are my own.