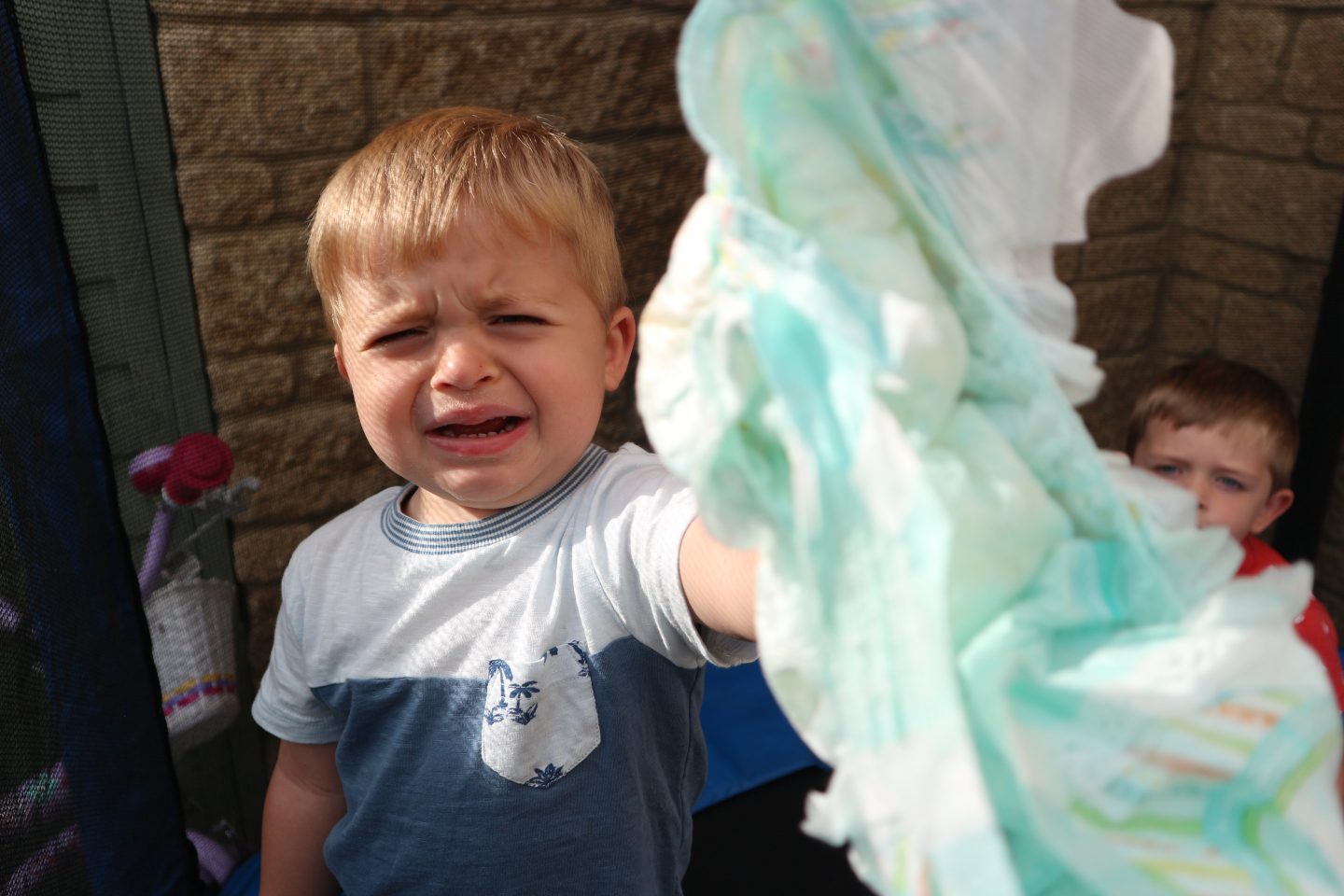 Over the years I’ve had my fair share of these moments – from Izzie peeing down my pyjamas as I picked her up, the daily mess that greets me in the morning in the boys room (they have to pull out every single toy, every single day!!), the sheer amount of washing I have to do and put away,  to the boys toilet antics. In fact what inspired this post was a delightful scene that played out in our garden the other week.

I was loading the dishwasher and both boys were playing the garden. I looked out the window and saw Ollie (4) was having a wee off of the decking (nothing unusual though it is gross) and then I looked closer and saw that Mason (2) was trying to catch said wee in his hands! Bleughhh! Never in my life did I think I would have to shout ‘stop playing with your brothers wee!!’. Followed by the ever famous ‘FML!!!!” under my breath.

This got me thinking that it can’t just be me, and that other mum’s deal with these things too – it can’t just be my kids. It also made me realise that I don’t take enough photos of these incidents – maybe I should take more as they will be great for the kids 18th birthdays! Anyway in a bid to make myself feel better, I asked around some other lovely parent bloggers and the response was pretty hilarious. So much so that I thought I would share them all with you below.

“Telling my son that:  No you can’t get the sweeties out they aren’t sweeties…..yes I know they feel sweetie shape but they arent……they are called your testicles!” Jen from Just Average Jen

“Alfie has sneaky wee’s in the garden too. I would say the day I found Alfie putting the foam bath letters in between his bum cheeks……I remember saying please don’t stick them up your bum” Helen from All The Beautiful Things

“Only last week I caught my girls trying to put hair clips and bobbles on their little brothers “pigtail”. It was of course his willy.” Laura from Five Little Doves

“I was once doing some gardening with my mum on a hot summers day. My son was playing nicely with his sand box and helping us water the plants. All of a sudden, I see my son squatting behind the washing line and was having a poo, in the garden. He was 3 years old and I was absolutely mortified! Probably not as mortified as I was pulling my dogs away because they were trying to eat it.” Laura from Mumma and Co

“Only on holidays yesterday i caught my eldest looking up another girl’s shirt dress to check what she had under! That made for an interesting conversation afterwards.” Sarah from Run, Jump, Scrap

“Don’t play with your poo” “don’t poo on the flower bed” “don’t smear poo on your legs” “bath torpedoes are not cool” “why is there poo all over your train tracks” …. spot a theme?! Kate at Five Little Stars

“Sweetheart, how many times do I have to tell you that you can’t lick lampposts?” Danielle at Someone’s Mum

“After a trip to the vets for our doggy, I heard my daughter instructing my son to pull down his shorts and bend over so she could take his temperature with her pretend (massive!) thermometer. That was an uncomfortable conversation!” Louise at Pink Pear Bear

“I Keep telling them not to lick or put phone chargers and other (disconnected) plugs in their mouths. Both of mines seem to be fond of this. Also, wooden spoons and other kitchen utensils are not lollipops” Eva at Captain Bobcat

“Children trying to climb over the 8ft garden back garden fence, while holding an iPad…. he was only 5yo! Where was he going to go?????” Ann at Rainbows Are Too Beautiful

“Bit different than the above but my ‘what has my life come to’ moment was when I was potty training my daughter. We went into the loo in Tesco, there was a queue behind us and it was fairly quiet in there. I did a no. 2 (Sorry TMI) my daughter then said very loudly ‘ well done mummy you did a poo poo’ The shame of leaving the cubicle was a low point for sure. (Why do I want this to be made public?!)” Kelly at The Best Version of Kelly

“My daughter just isn’t particularly interested in wearing clothes! We’ve had many a discussion about appropriate and inappropriate places to get naked” Lyra at This Is Where I Belong

“I once came downstairs and caught my son, who was about 3 years old at the time, peeing out of the front door and waving at the postman… I quickly ran down as fast as I could and the postman was in hysterics… what made it worse – my son was completely naked apart from a bib! I was mortified. Another time I was in a restaurant with my son on my own. I went over to the area where you get sauces etc and there was no mayo so I asked a waitress for some. Waiting patiently I could see my son was fine and just sat playing with his toy… or so I thought. He’d actually taken a box of tampons out my handbag, unwrapped every single one, thrown them around and then started hysterically crying and shouting “these aren’t sweeties” EVERYONE was staring at me… i just wanted to leave.” Natalie at Hello Cuppies

“Happily folding washing whilst the small (age 6) is in the bath and she shouts ‘Mummy I’ve done a trump and now there’s a poo in the bath’ – I ran in and there there was poo in the bath whilst she’s sat at one end like jaws is in the tub with her! Fishing that out was fun!” Lisa at Baby Not Included

Thankyou so much to everyone who contributed their gross/cringey/downright hilarious FML moments for this post. They definitely made me feel better and know that I’m not alone! I have linked all their blogs  above so please go over and show them some love.

Right I’m off to clean up the milk that was split under the table at breakfast and this mess in the boys bedroom…all together “FML!!!!!” 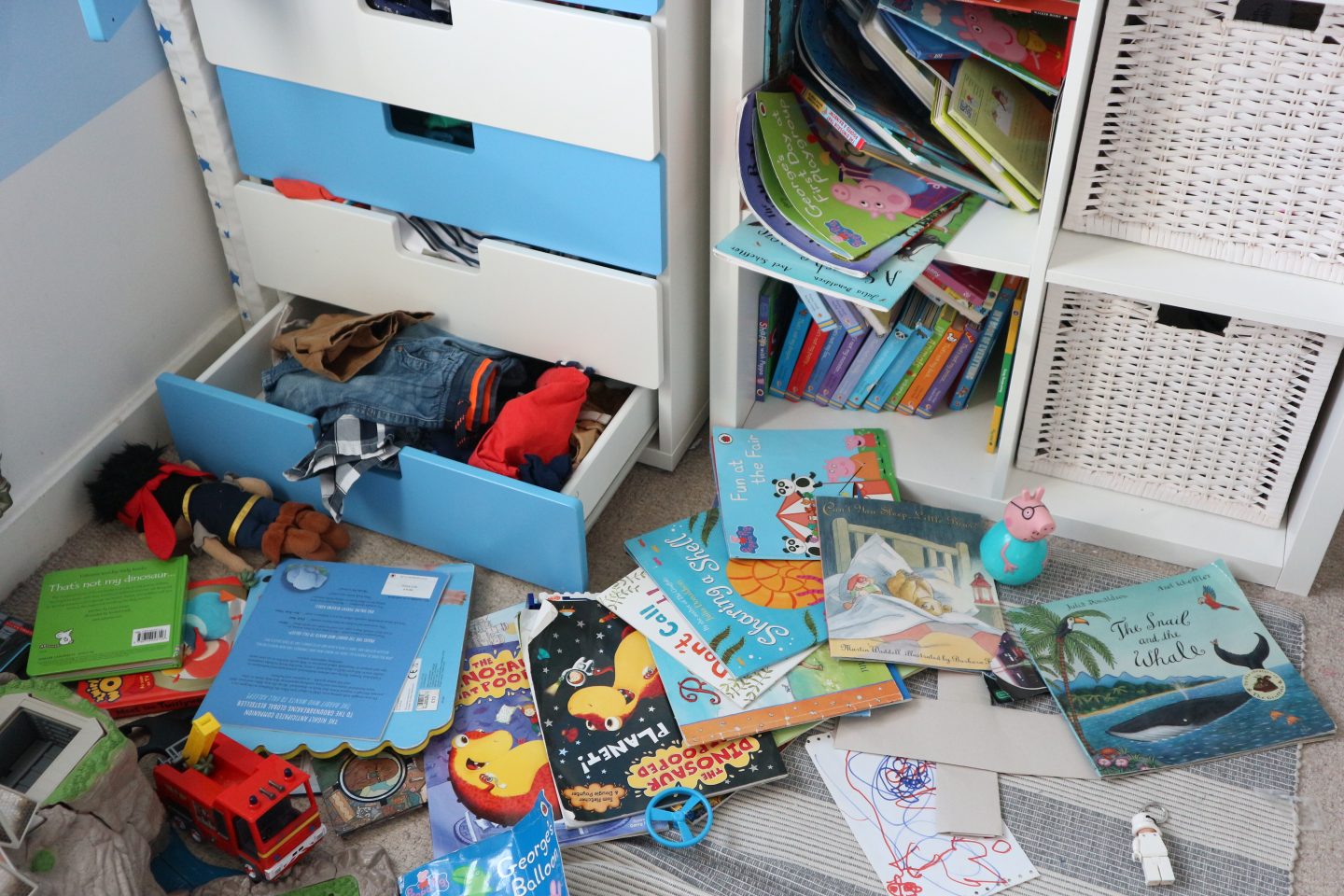