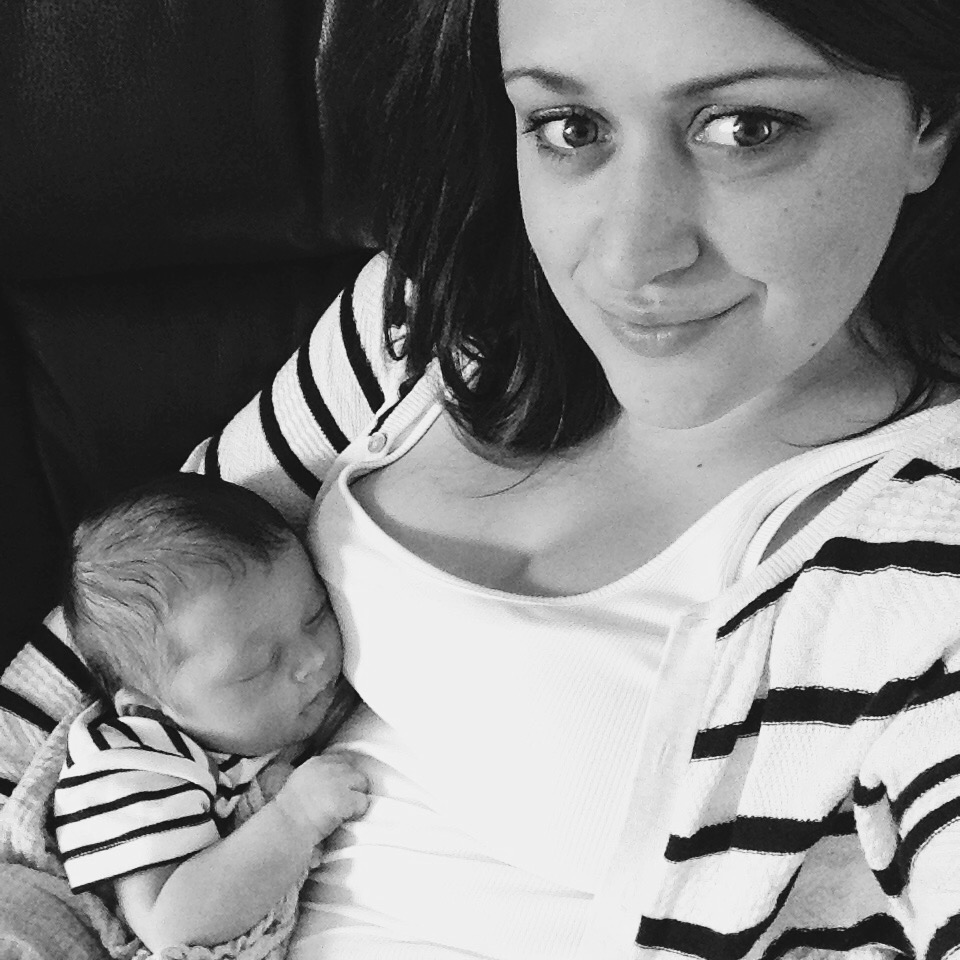 This week the wonderful Channel Mum launched their YANA campaign. YANA stands for You Are Not Alone.

That is a shockingly high figure, but I totally get it.

Feeling lonely as a mum definitely resonates with me.

When I was pregnant with Izzie in 2010 I was signed off work at 28 weeks with pelvic girdle pain. Any movement was agony – one day I had to ring Ell to come home as I couldn’t get up from the toilet. A lot of people that I knew from school were pregnant at the same time as me, but we had moved the year before I found out I was pregnant and I hadn’t changed doctors. Everyone who I knew that had a baby was in the next town along. I wasn’t in walking distance once Izzie was born and the thought of getting out of the house with a tiny baby was overwhelming – because of this a lot of the time I chose to stay in. 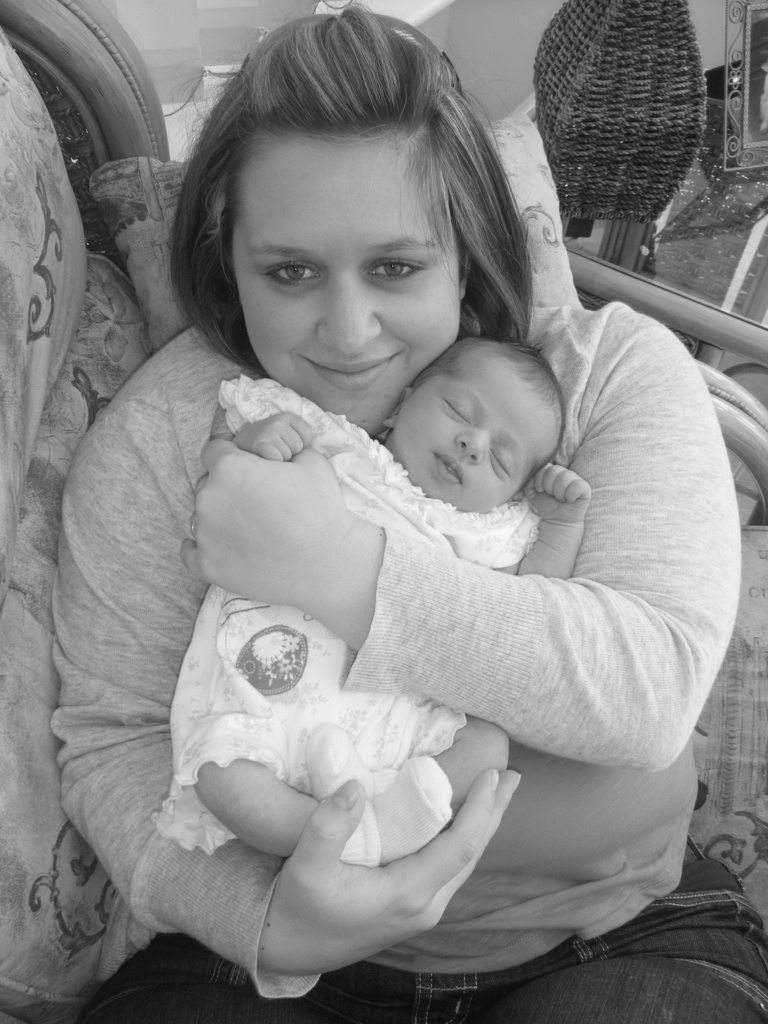 Weight Gain plus a new baby meant I lost my confidence

I remember most days counting down the minutes until Ell would walk through the door at 5pm.

I was the first of my group of friends to have a baby and so all my friends were working or going out and I did feel so lonely on the days my mum was at work. I hadn’t joined an Antental class as they weren’t offered to me – and the private ones were so expensive – because of the pelvic pain I had been off work a lot during my pregnancy and money was tight.

I went back to work one day a week when Izzie was 7 months old and it helped – seeing people and having adult conversation helped. On the other hand though I would’ve given anything to stay at home with her, but we needed the money. I had also gained a lot of weight after having Izzie, I had reached a size 18 and I was definitely self conscious. I didn’t want to have to make new friends – I felt like I would’ve been judged. Looking back now I realise how ridiculous it sounds.

Fast forward to September 2011 and I was pregnant again. Severe morning sickness (later diagnosed as HG) plus a toddler meant the four days I didn’t work I was stuck in the house again but I was excited about being a mum of two. I had found my feet in motherhood and felt like I knew what I was doing. I had lost most of the baby weight and after the severe morning sickness had got down to a size 14.

A few months, a few weeks after my 20 weeks scan, where we found out we were expecting another little girl, our whole world was devastated when one day I didn’t feel her move. Sophie was born sleeping at 24 weeks and our lives changed forever.

As I said I had felt lonely before, but this was loneliness on a whole new level. In the early days after leaving the hospital, I didn’t want to see people. We had good friends visit and as lovely as everyone was, I felt trapped inside my own head. No one could understand. I blamed myself. I think that was a natural reaction – it was my job to keep her safe and I had failed her.

The one thing that stopped me from completely falling apart was a lovely community of ladies I had met online. I had joined the Baby centre May 2012 board when I found out I was pregnant again. Long story short the birth board split and a lot of us migrated to Facebook. The end result of this was a group called FA (you probably wouldn’t believe the actually name if I told you – Fannies Anonymous). The support I received from these ladies was undeniably the most important factor in life going on after losing Sophie.

They were there any time day or night, they listened, there was no judgement just unbridled support. I owe those ladies more than I could ever repay. Five years on I still speak to most of the ladies once a day but at least a few times a week. Two of the lovely ladies in the group were responsible for inspiring me to start blogging – Charlotte from Write Like No Ones Watching and Helen from All The Beautiful Things.

Even now my first port of call when I’m struggling or have a problem is to post in the FA group.

They supported me through my Rainbow pregnancy with Ollie. Through every high, every wobble. What I didn’t realise, was when Ollie was born, they arranged for a bunny (Rainbow Bunny) to travel all over the country. It visited everyone of the FA babies who had their photo taken with him, and it was all put into a blog for me and Ollie. Eventually he made his way to Ollie and we were so so touched by these ladies – my tribe – who had put so much effort into showing us how special we were to them. 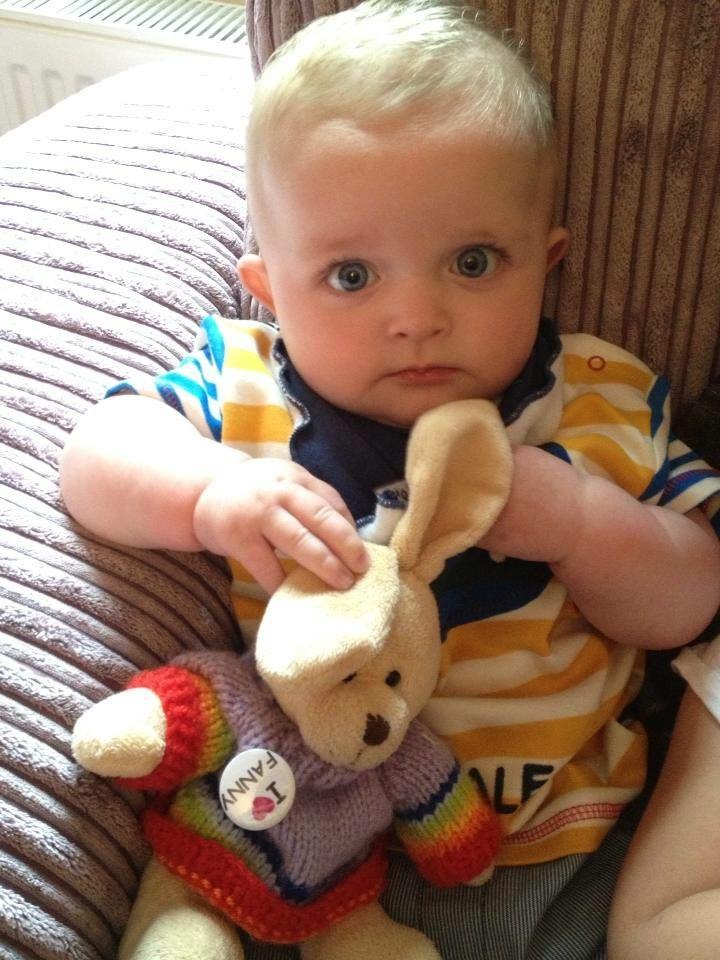 When Ollie was 4 months old Izzie started preschool. I didn’t know anyone and the first morning I felt sick with nerves. Luckily I have always been good at talking (some would say I don’t shut up) and that morning I met some lovely Mums, who I still see to this day. 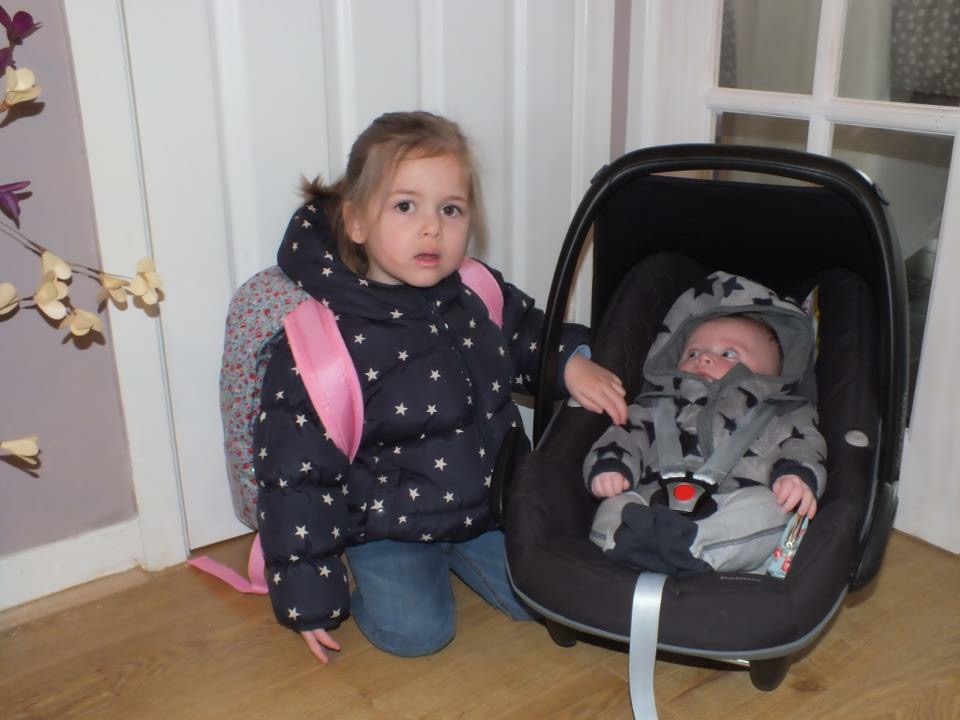 I took a big step out of my comfort zone when I offered to join the preschool committee a few months later. It was the best decision I ever made. I made friends who’s children were the same age as Izzie. This meant when they started school, we all went through it together. I have never felt lonely in the playground at school. I realise how lucky I am. 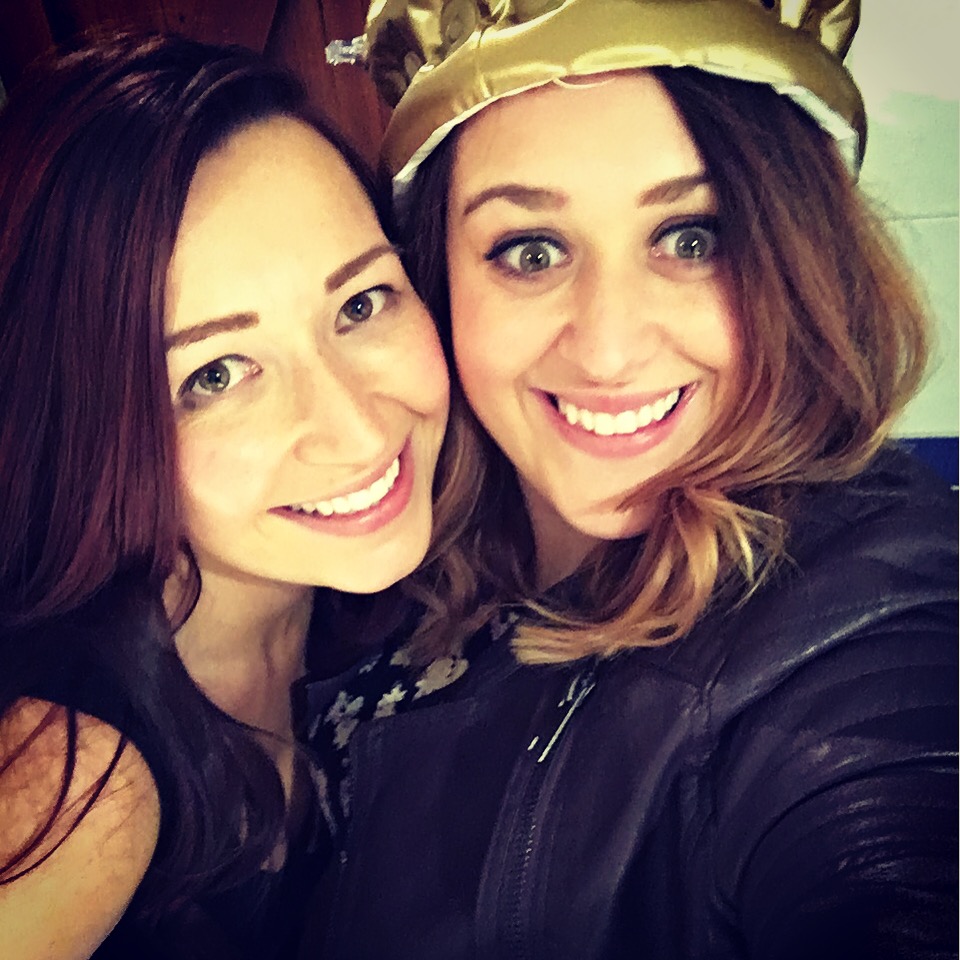 When Mason was born I was so settled into my role as a mum. I made two very good friends, who I now call my best friends. Heather (the mum of Izzies best friend) and Naomi   – we always joke we should be sisters as we have the same tastes and love of cheesy music. I was so lucky to have them around in the early days of being a mum of three. If I could go back to that summer of 2015, the hours we spent in the park with the kids putting the world to rights. 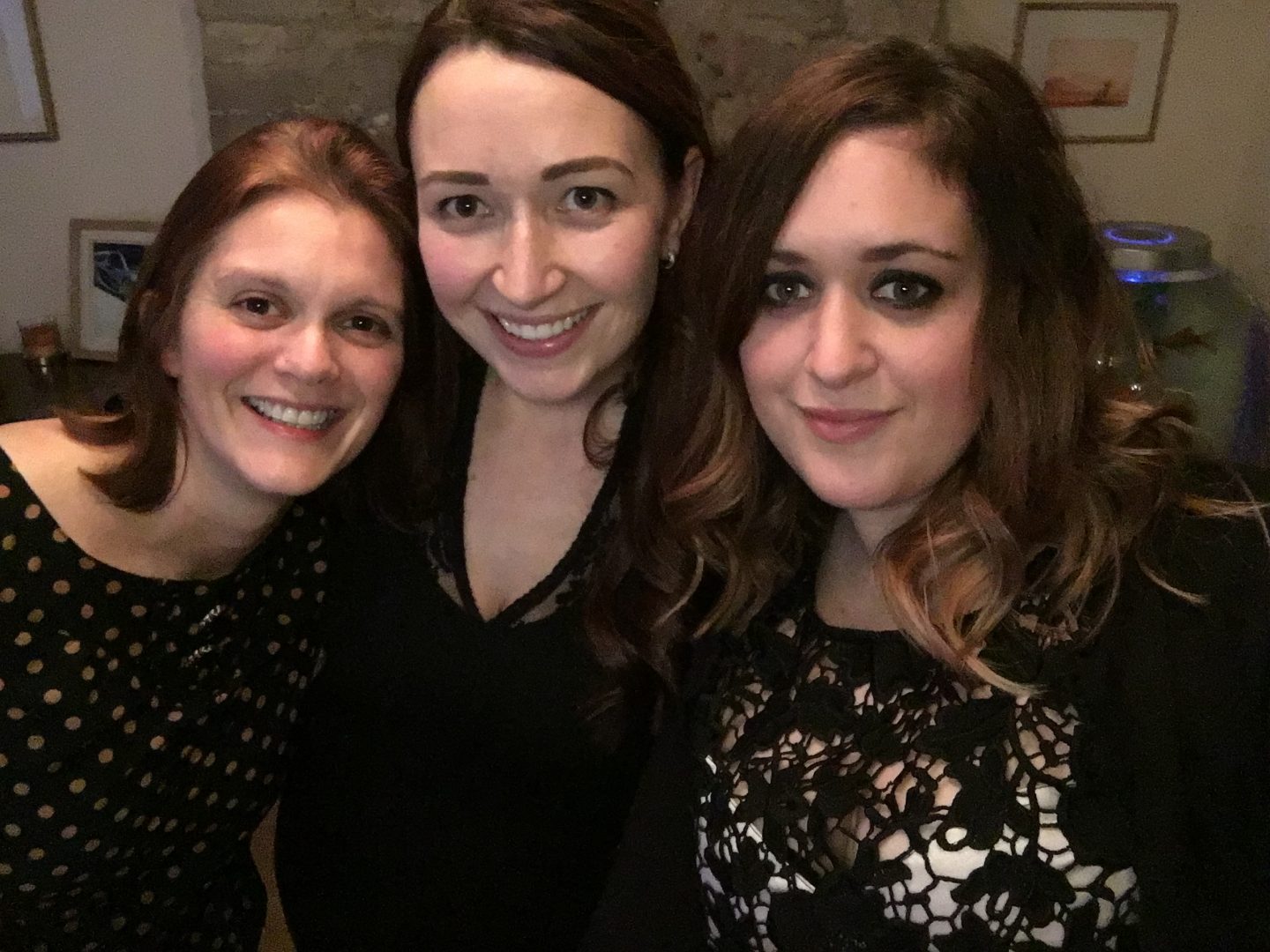 All good things don’t last forever, and in January this year, Heath moved away and Naomi went back to work after maternity leave. They are both always still there when I need them, although now very much via WhatsApp. I very much struggled with feeling lonely at the start of this year. I felt like I had gone back to clock watching for Ell to come home and I was in quite a low place. I have suffered with anxiety since my teens and when I had Izzie I rarely had flare ups anymore but my loneliness coincided with Sophie’s anniversary in February and it took a lot to pull myself out of it.

We are now into March and I feel back to myself again. I have found another wonderful tribe in the world of blogging and YouTube. They are such a supportive community and I’ve found having something to focus on has put me in a really good place.

Feeling lonely is just awful. There is a wonderful Channel Mum community on Facebook, there is always an ear ready to listen. Never underestimate the power of the online community. Being a mum of three can feel quite lonely – although you are always surrounded by noise and little people, being the only mum with three kids was enough to make me avoid certain situations. I’m glad to say as Mason has got older, that has changed and now I don’t feel I have to say no – I just get on with it – even if they act up when we get out of the house, we’ve still got out.

If I could give other mums one tip, its to throw yourself out of your comfort zone – offered to join committees at your child school – say yes to play dates if asked. Last year I agreed to be in a parents show at school – singing Taylor Swift with my best friend – it’s still a conversation starter now.

Finally, there is always someone who is going through the same as you.

Please don’t ever feel like feeling lonely is your only option. Find your tribe – whether that be at the school gate, online or at playgroup. Find them and love them hard.

YOU ARE NOT ALONE. 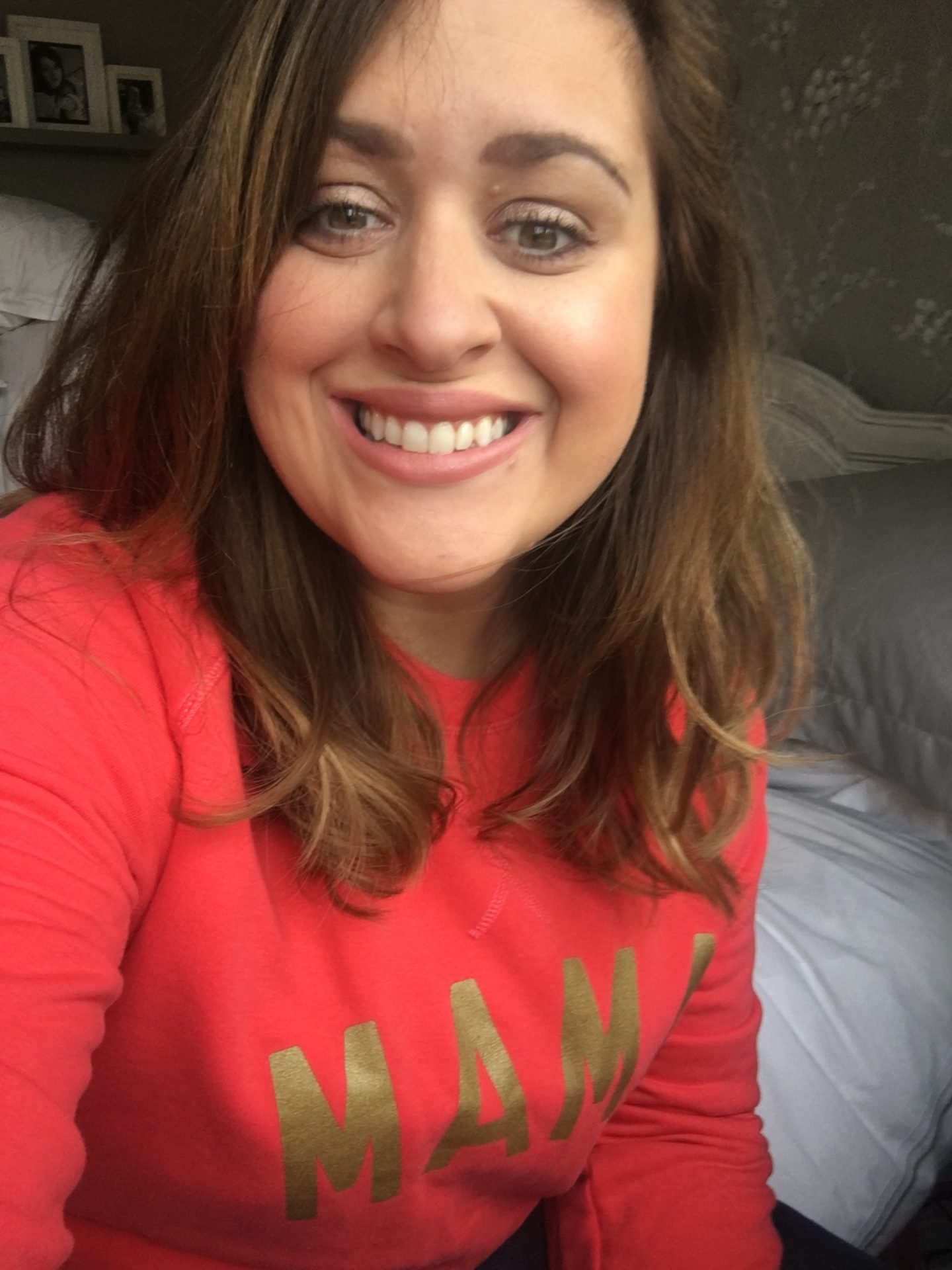