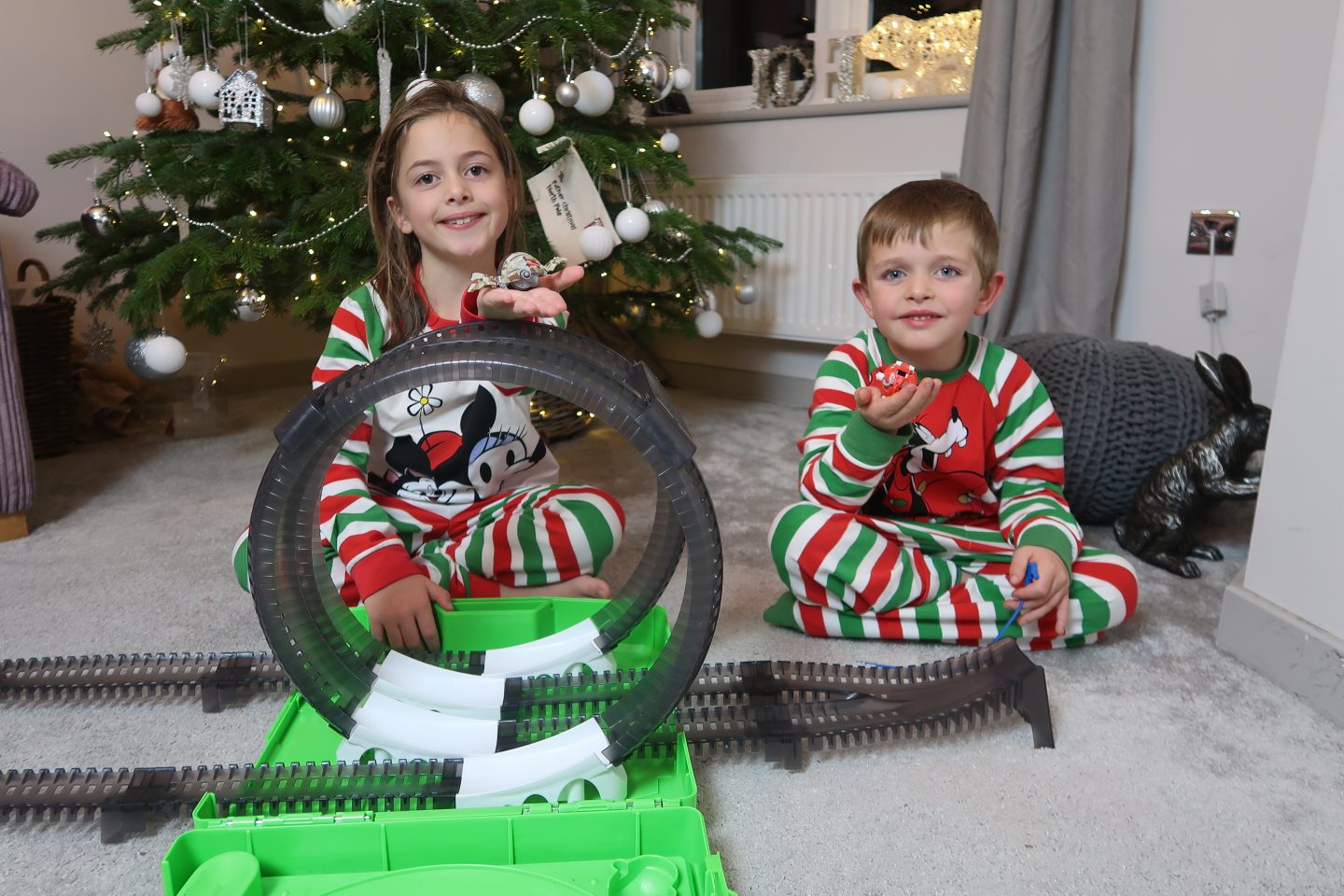 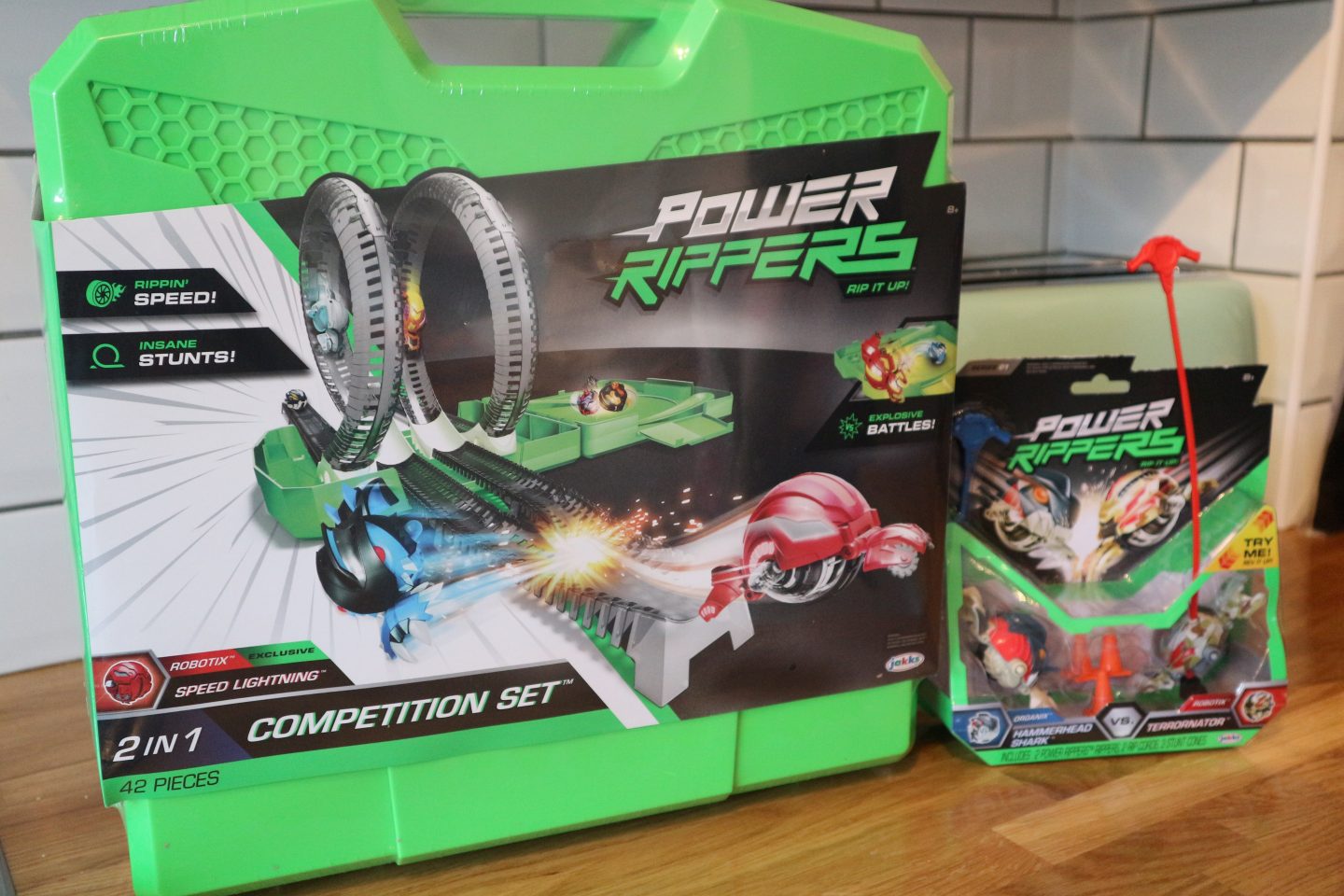 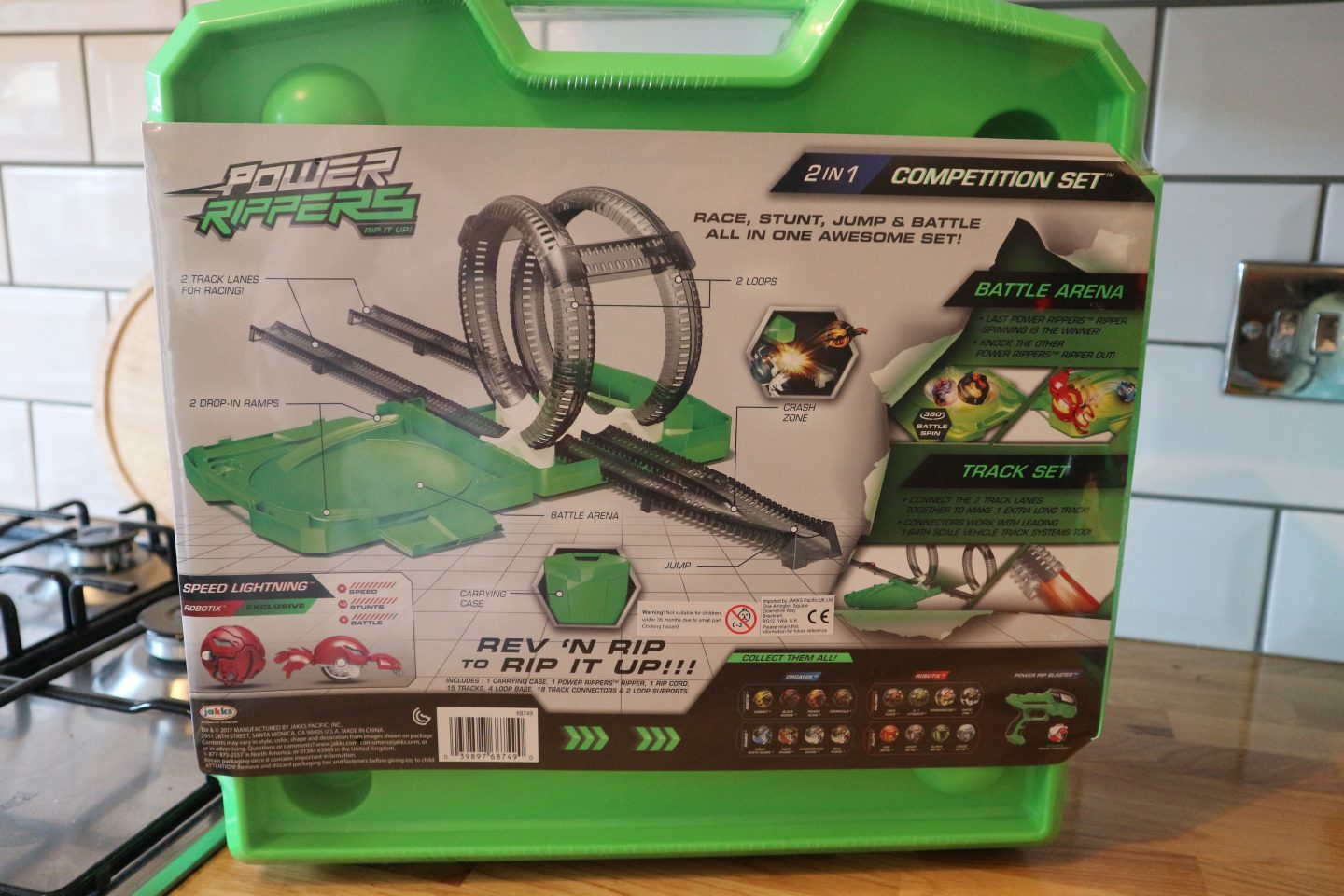 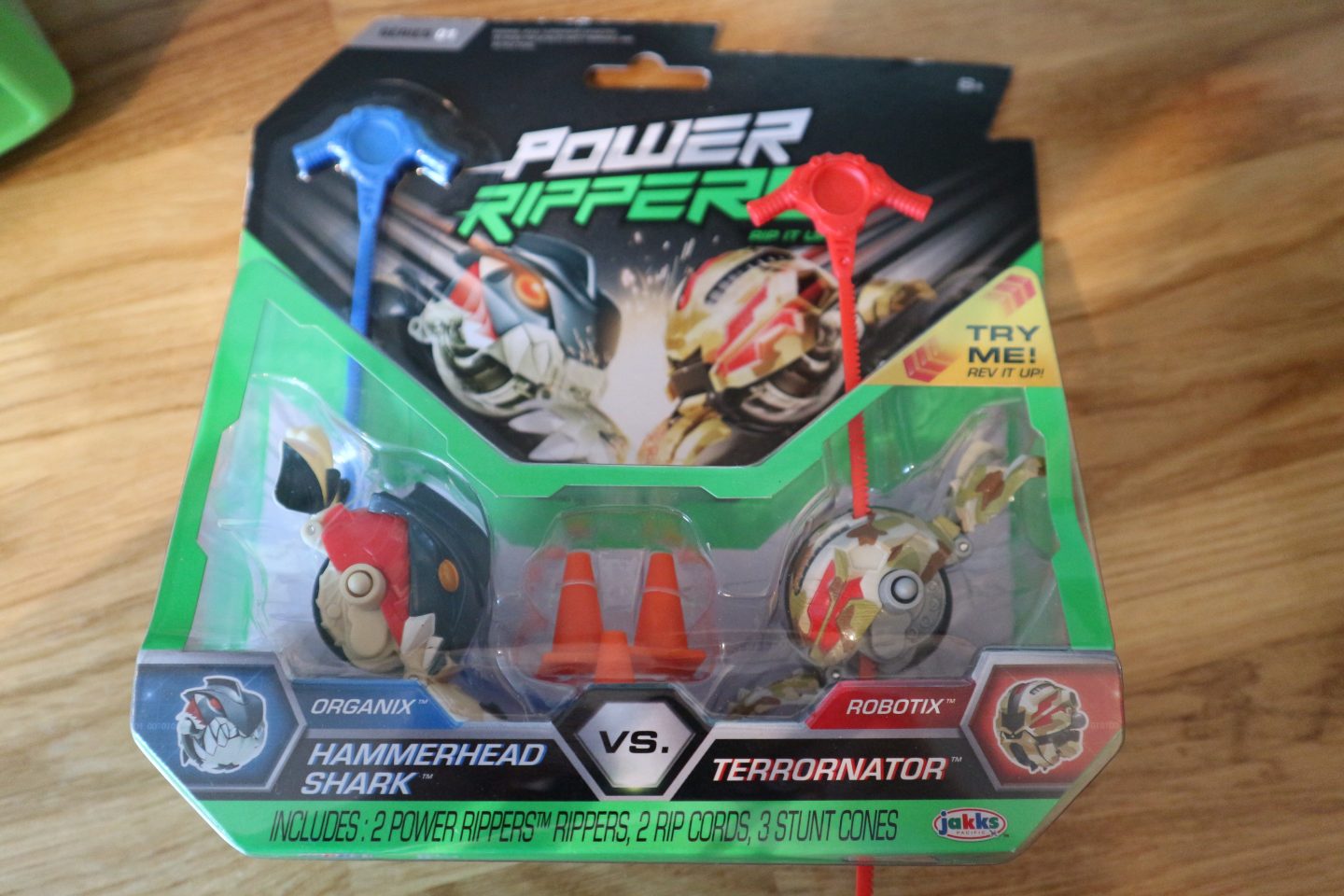 I would say we are quite a competitive family – I actually look forward to when the kids are a bit older so we can pick teams and go head to head during board games.

Ell especially is a big kid and loves any toy that he can get down on the floor and play with the kids.

I’m not sure who was more excited when we received the Power Rippers 2 in 1 competition set – Ell or the kids.

It has been set up so many times since we received it and they’ve had hours of fun with it. 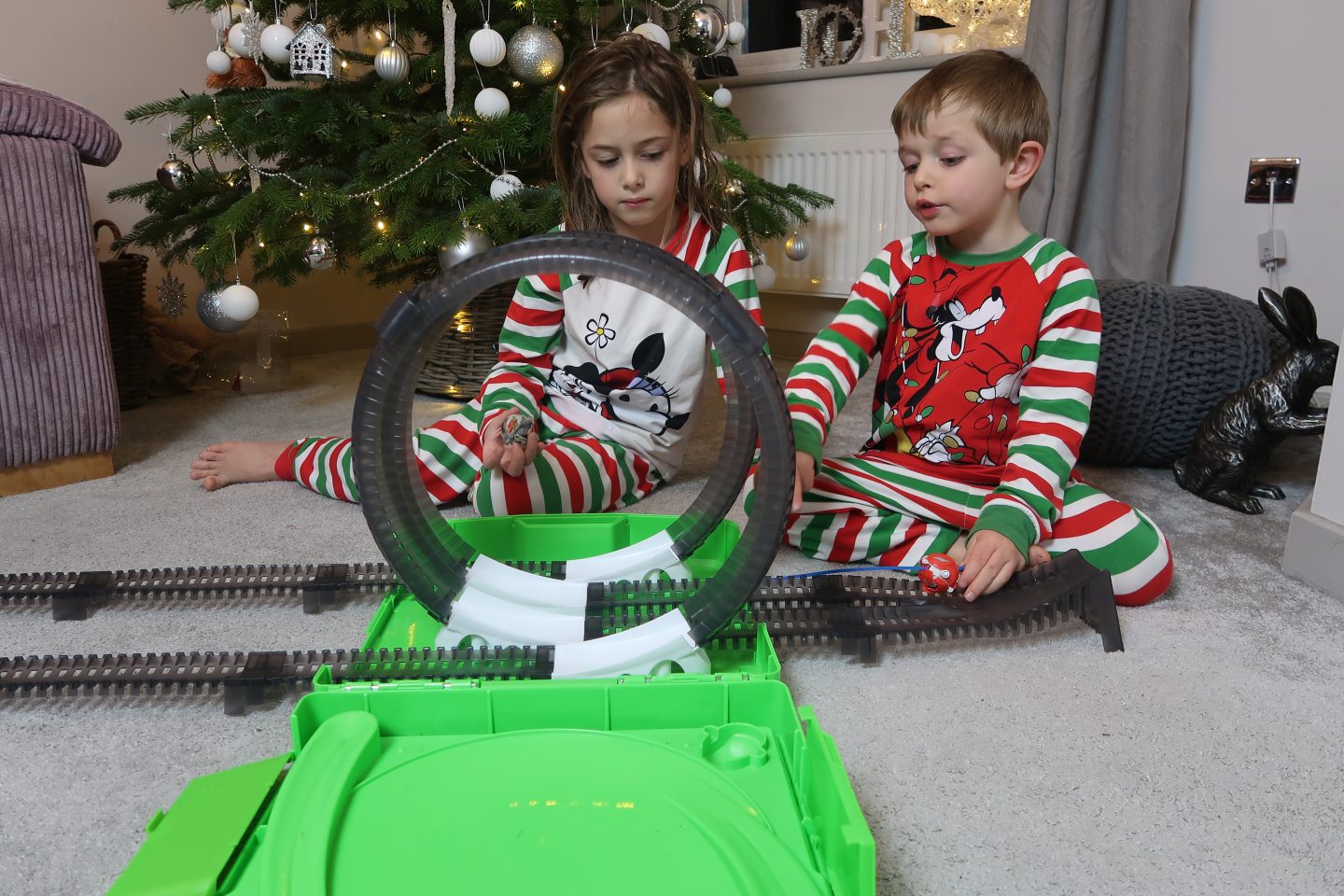 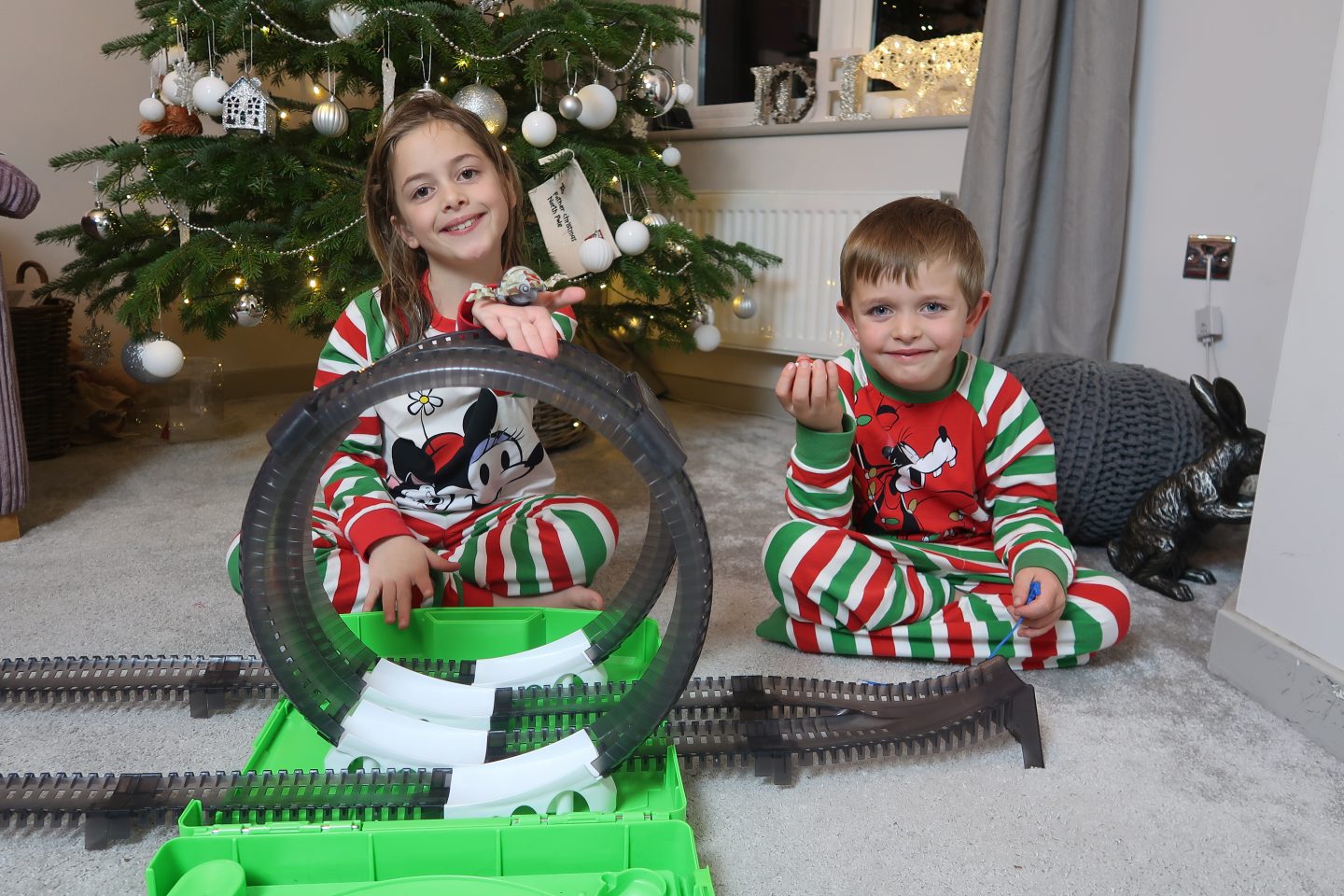 Power Rippers are a perfect mix of a vehicle, battle tops and action figures in one. You use the cord to rev them up and they can travel at 500 scale MPH and perform stunts, being able to ‘jump’ up to 10 feet. There are 16 different power rippers to collect in wave one. We kindly received two to review along side the completion set – and they all fight over the ‘shark’ one. Prices start from £4.99 for the Power Rippers and the set is RRP £34.99 although you can currently purchase it from Amazon here for £24.99. 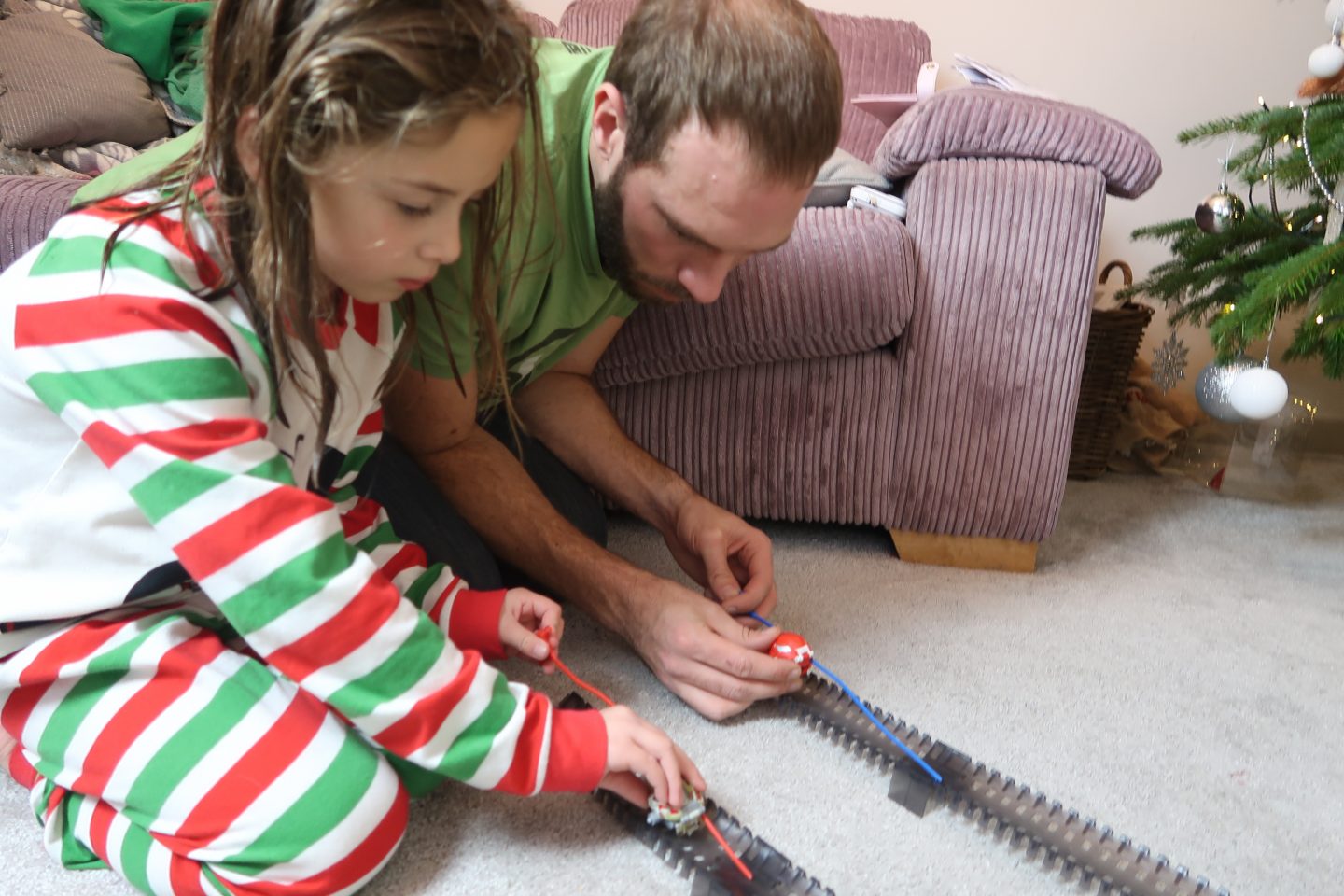 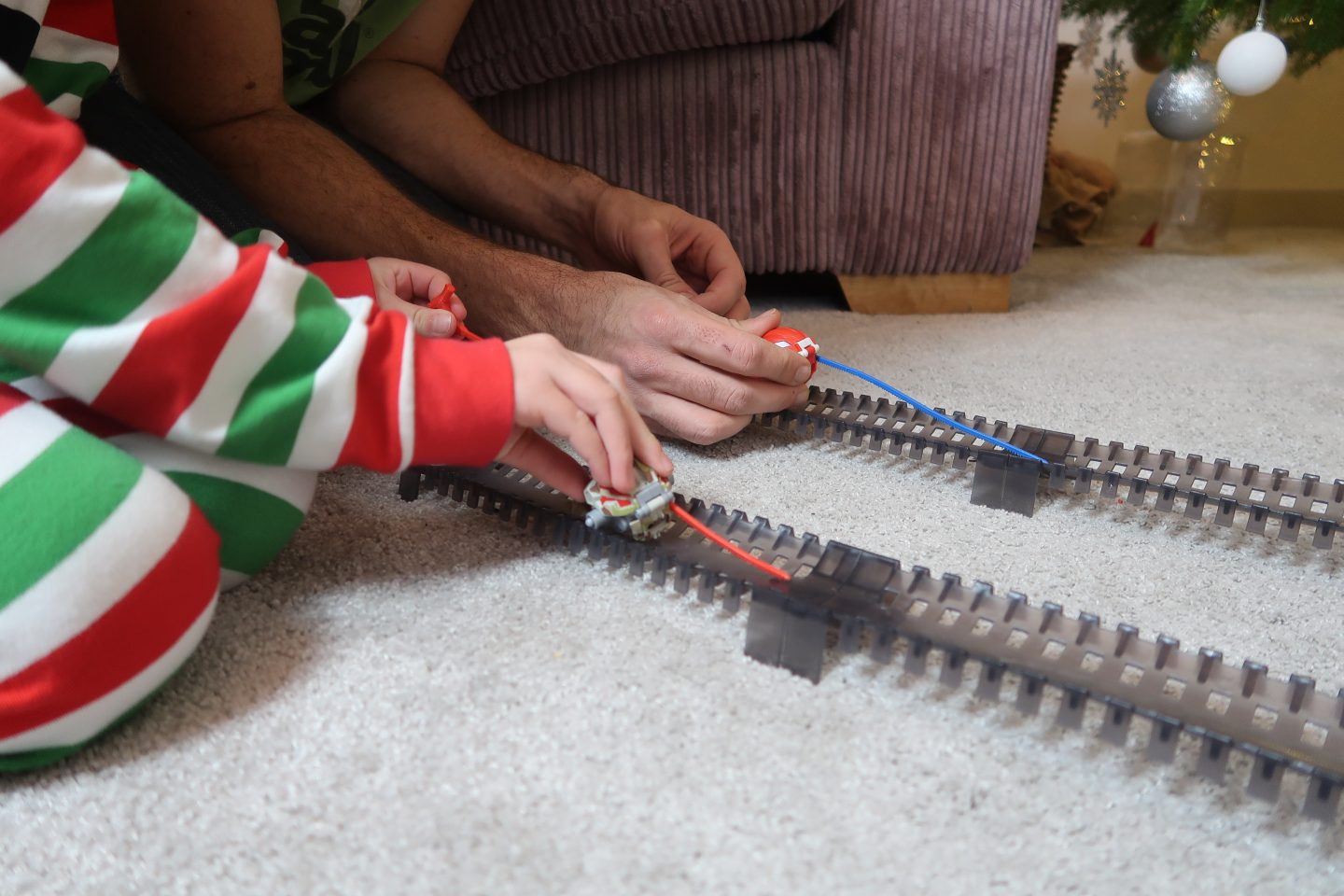 The set allows you to play in two different ways – you can race your power rippers on a side by side double track (which has loops and a jump at the end). You can also battle it out in the battle arena. The completion set also comes with an exclusive Power Ripper.

The track is easy to construct and comes with clear instructions – and my personal favourite part. It all folds back into the case to be stored neatly away (I’m sorry that’s such a parent thing to say isn’t it?!). Another huge bonus is that it’s a toy that doesn’t need batteries – always music to my ears. 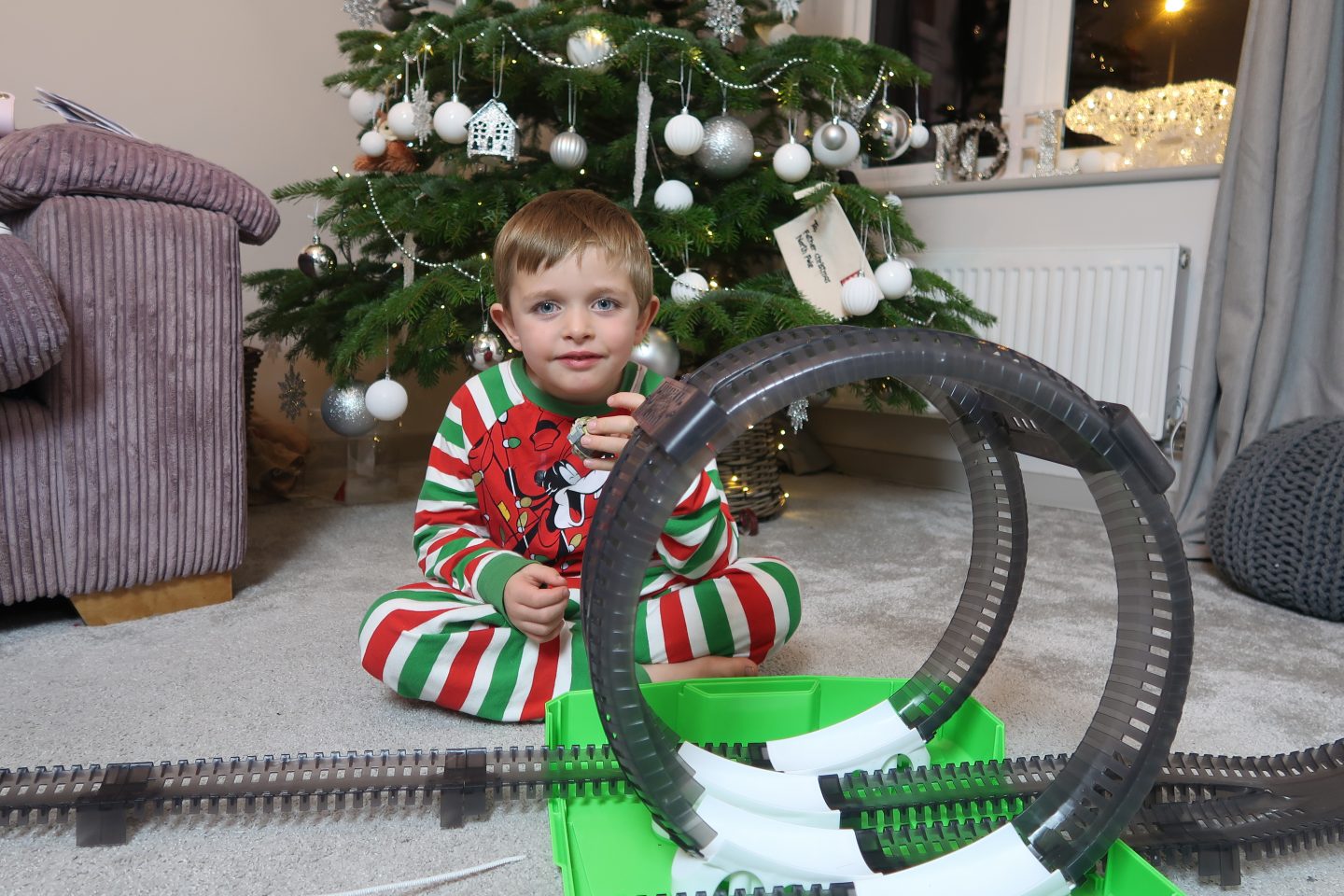 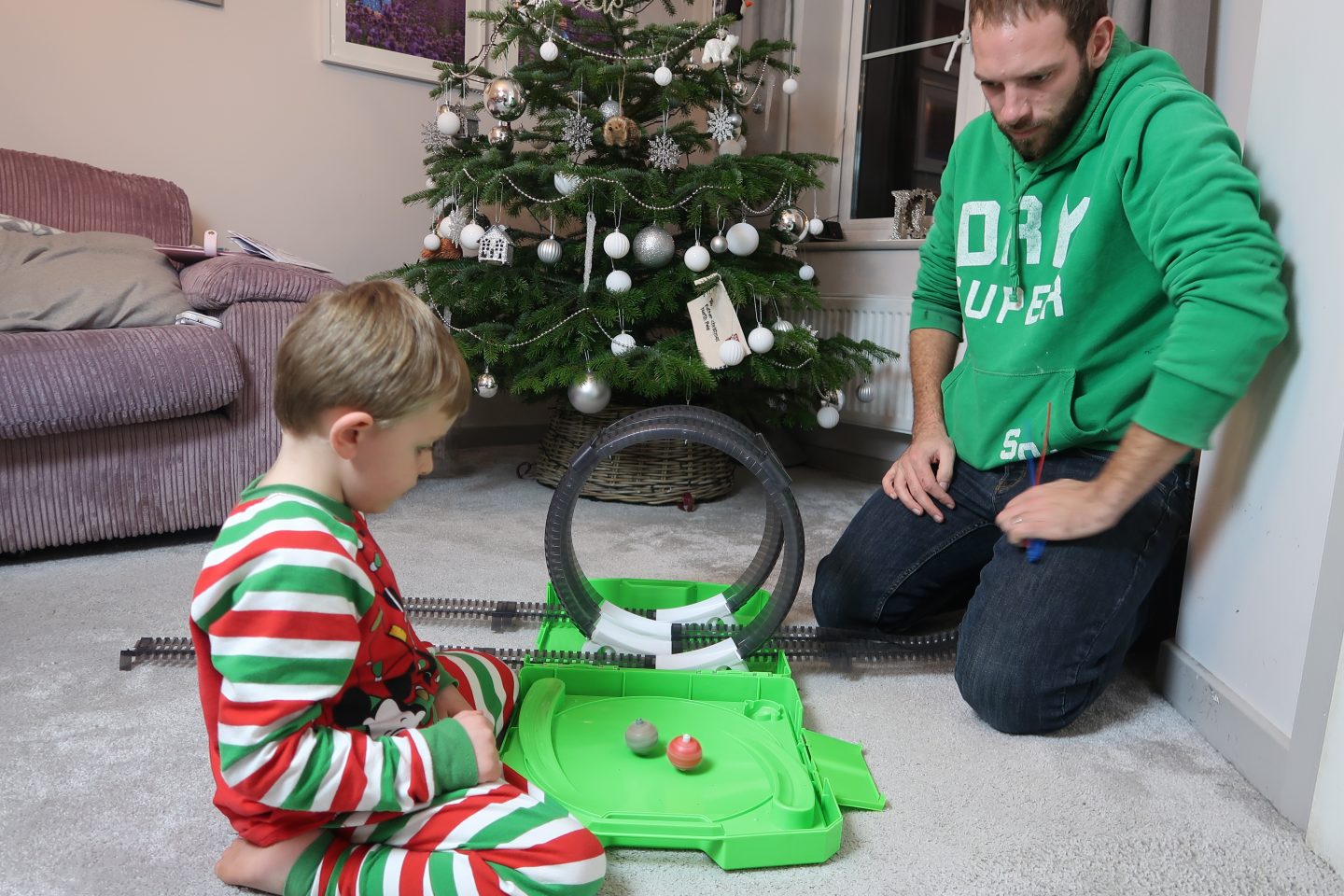 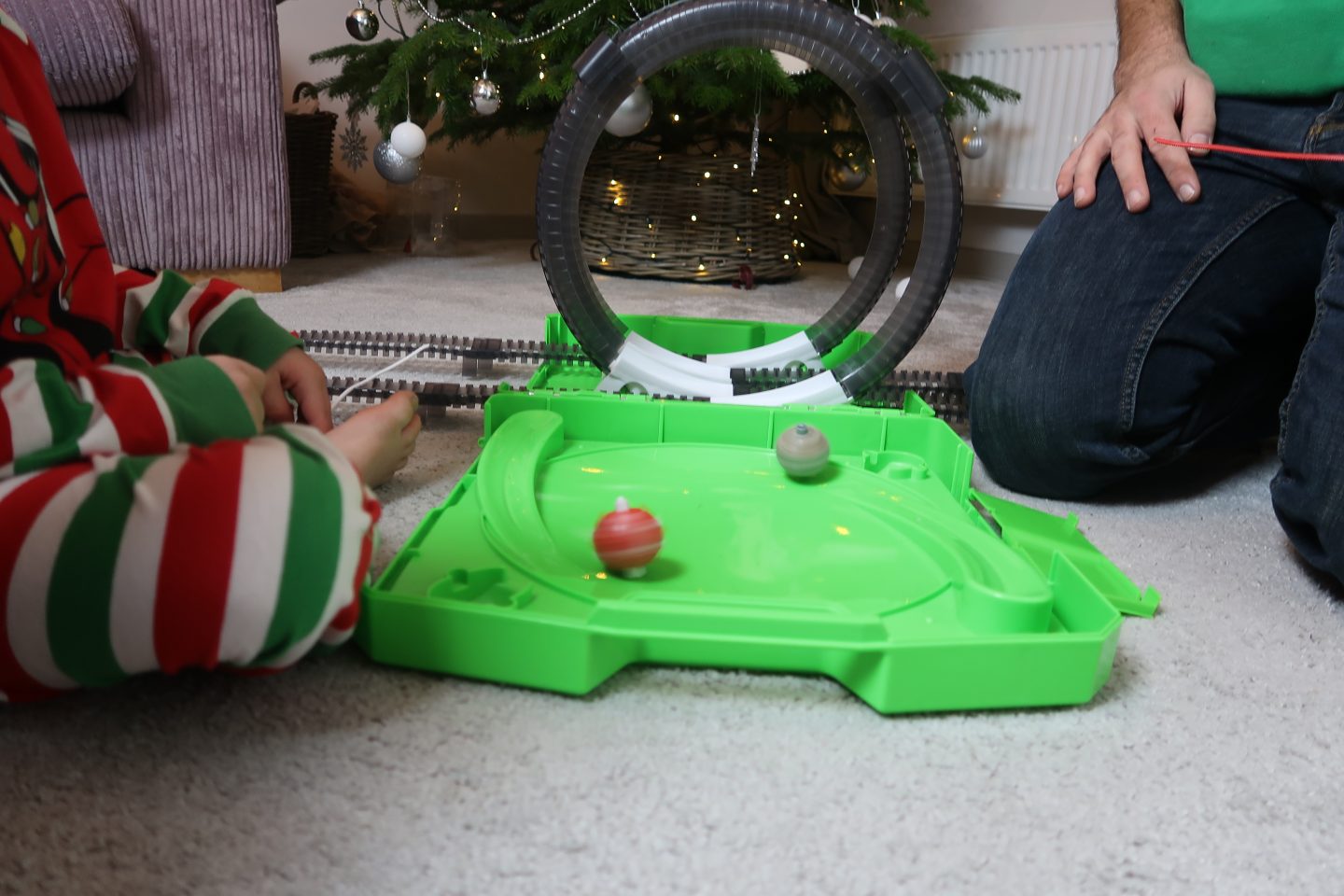 The only slight downside is that it was slightly hard to get the hang of getting the Power Rippers to go around the track. Also we found the rip cords seemed to damage easily. I have to say though, I think these issues are both user error rather than an issue with the toy, as Ollie is not quite five yet and has a tendency to be a little heavy handed. 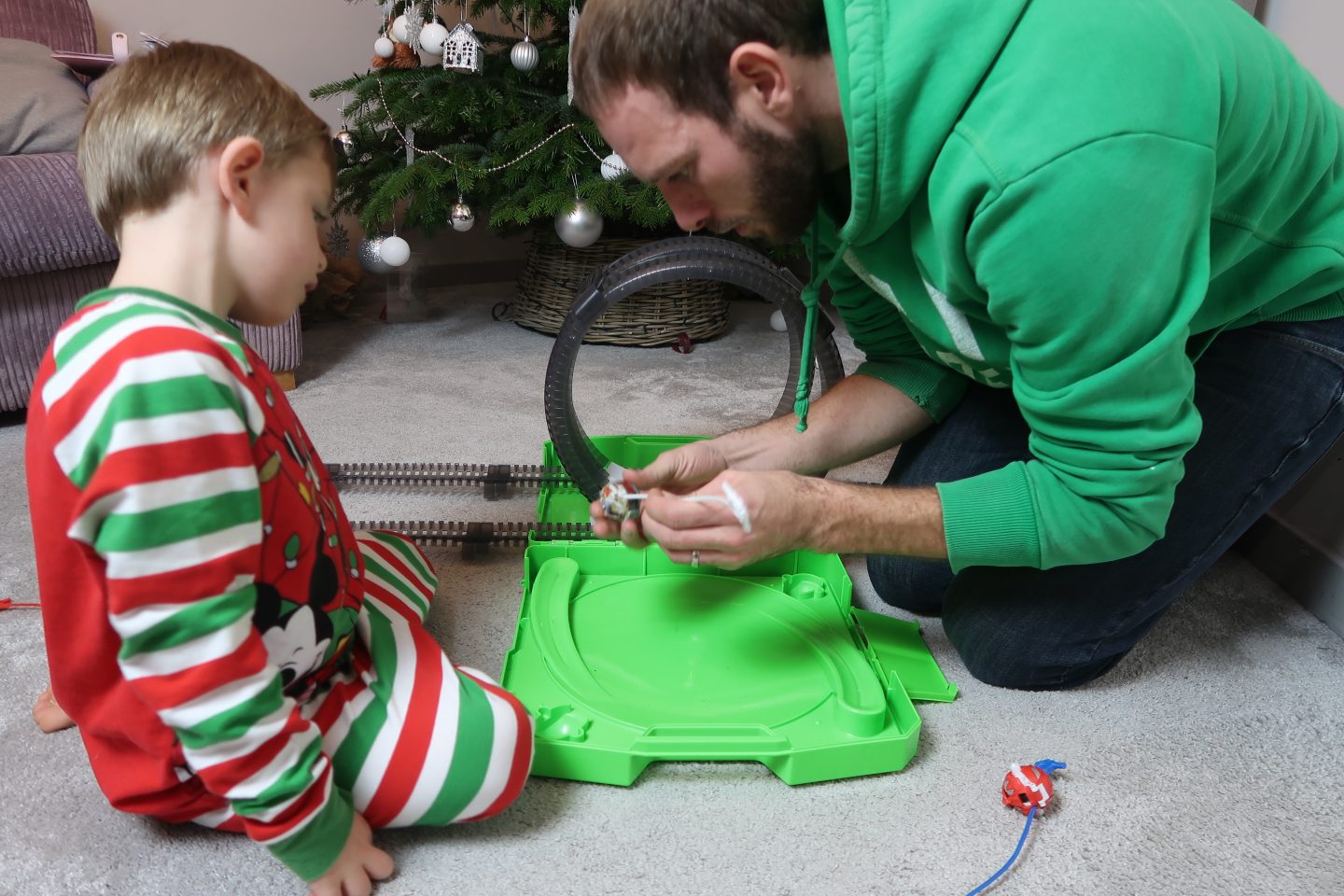 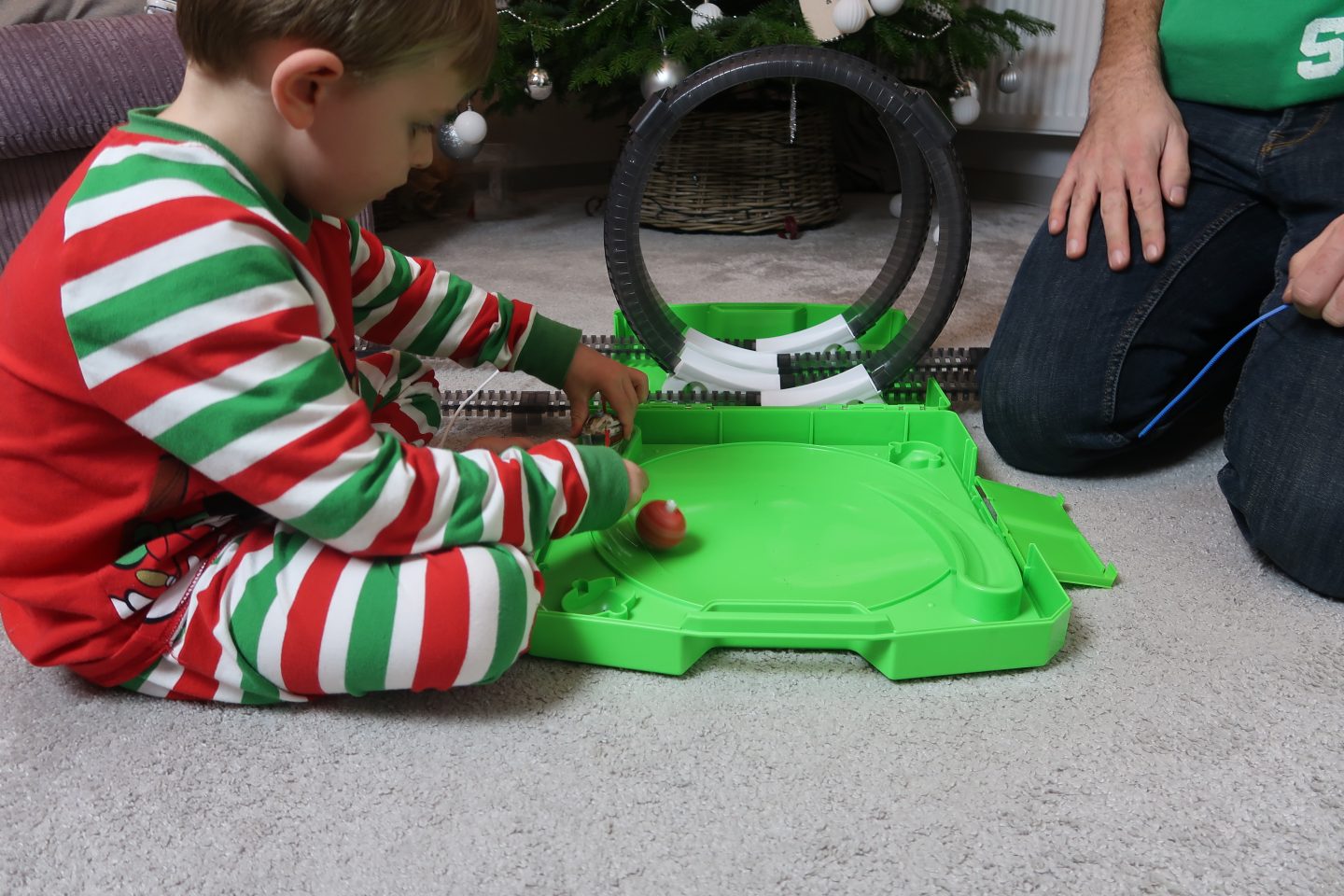 The Power Rippers 2 in 1 competition set has already given us hours of fun (as you can see in this video below) and I know the kids will get plenty of play out of it over Christmas too. Ollie has asked for some more power rippers in his stocking too – always a sign of a good toy.

DISCLAIMER: We were kindly sent the Power Rippers 2 in 1 Competition Set and a two pack of Power Rippers in exchange for an honest review. All photographs and opinions are my own.