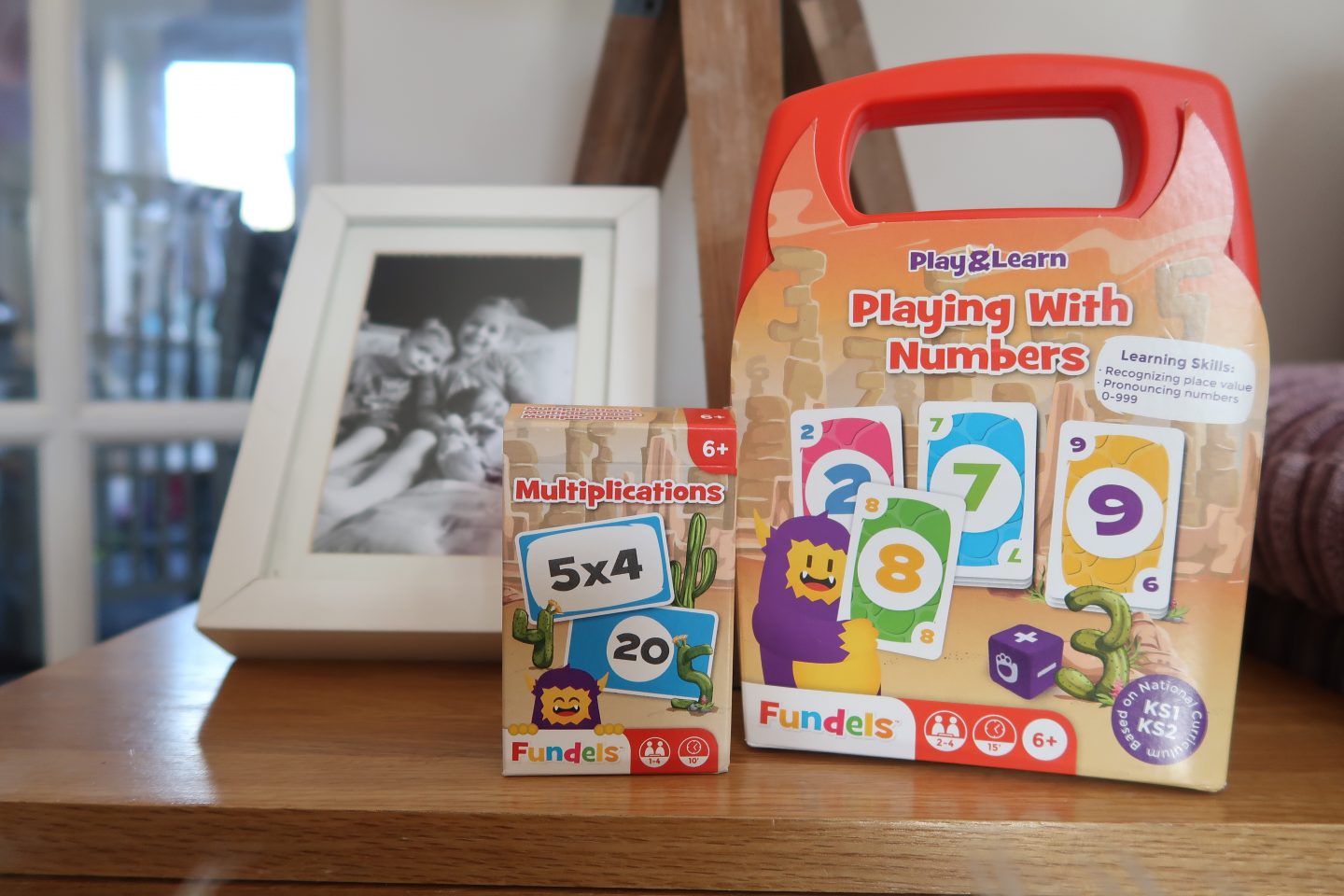 We were really excited to receive these Math games from Cartamundi Fundels. We actually received them a long time ago but with everything has been going on with our kitchen and the bad lighting due to the weather, the Easter holidays were the perfect time to be able to play these and give them a proper review.

Izzie has always been into Math and numbers (reading and phonics is another story but she’s getting there) and any chance to play games with numbers, she jumps at.

We received two games, Playing with Numbers (RRP £9.99) and a Multiplication pack of cards (RRP £3.99). Izzie is not quite there with Multiplication so I don’t feel I can honestly review that game, but in a few months when she is more confident we will give it a go – I will say the instructions and game were clear and simple and the cards bright and sturdy. We can’t wait to give it a go in the summer. A quick look at the game showed it was simple and easy to play – and I loved that you could play with them a variety of ways. 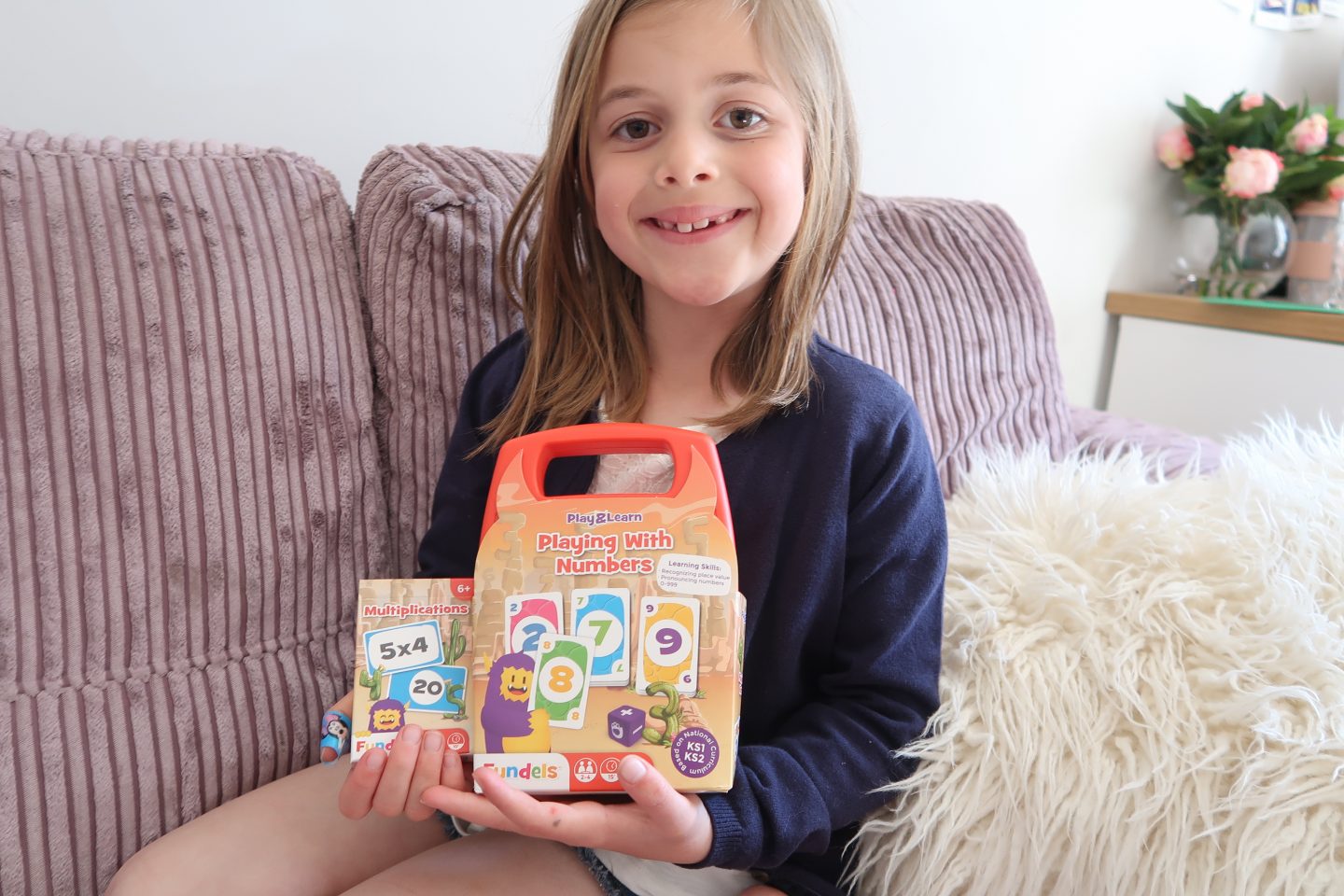 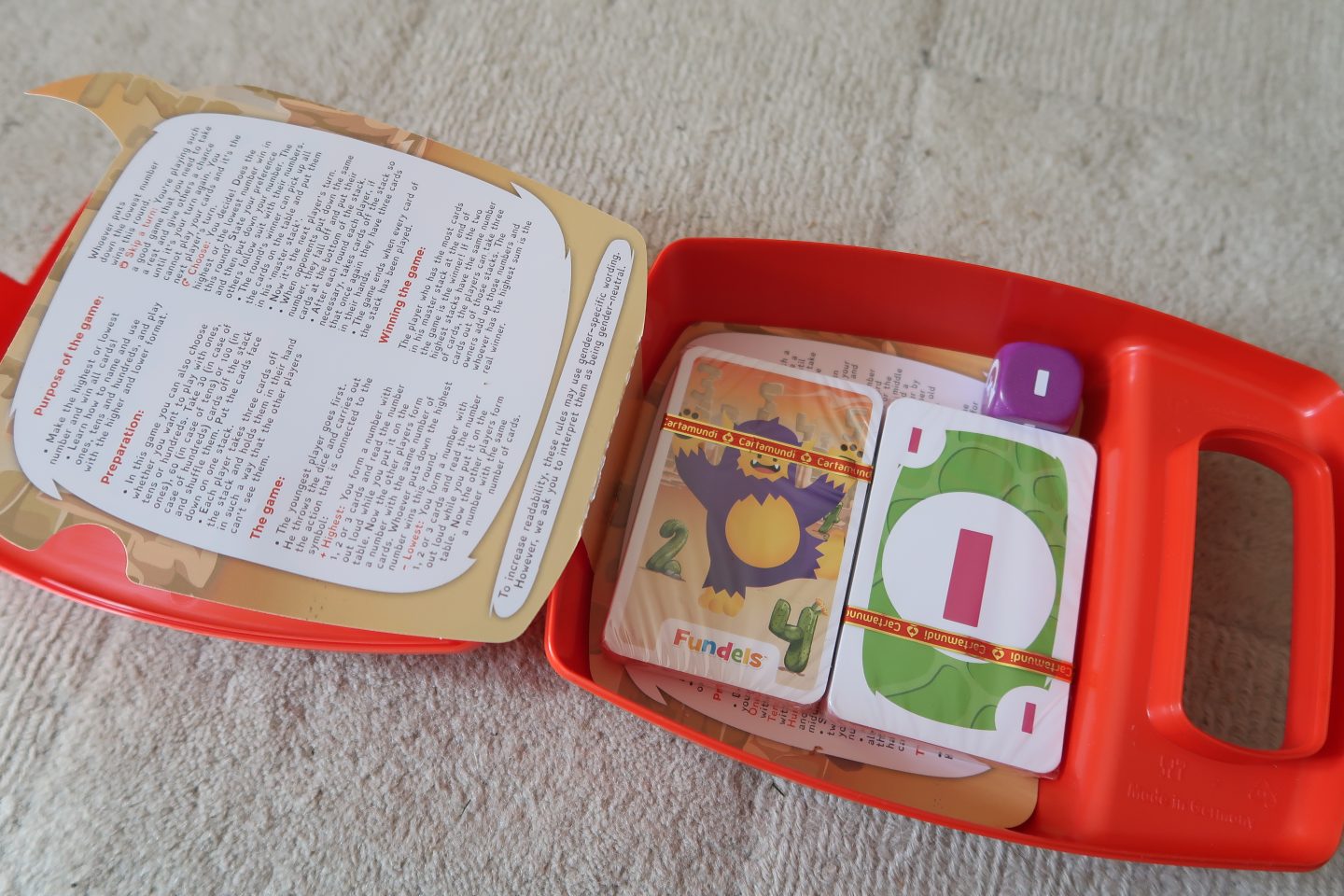 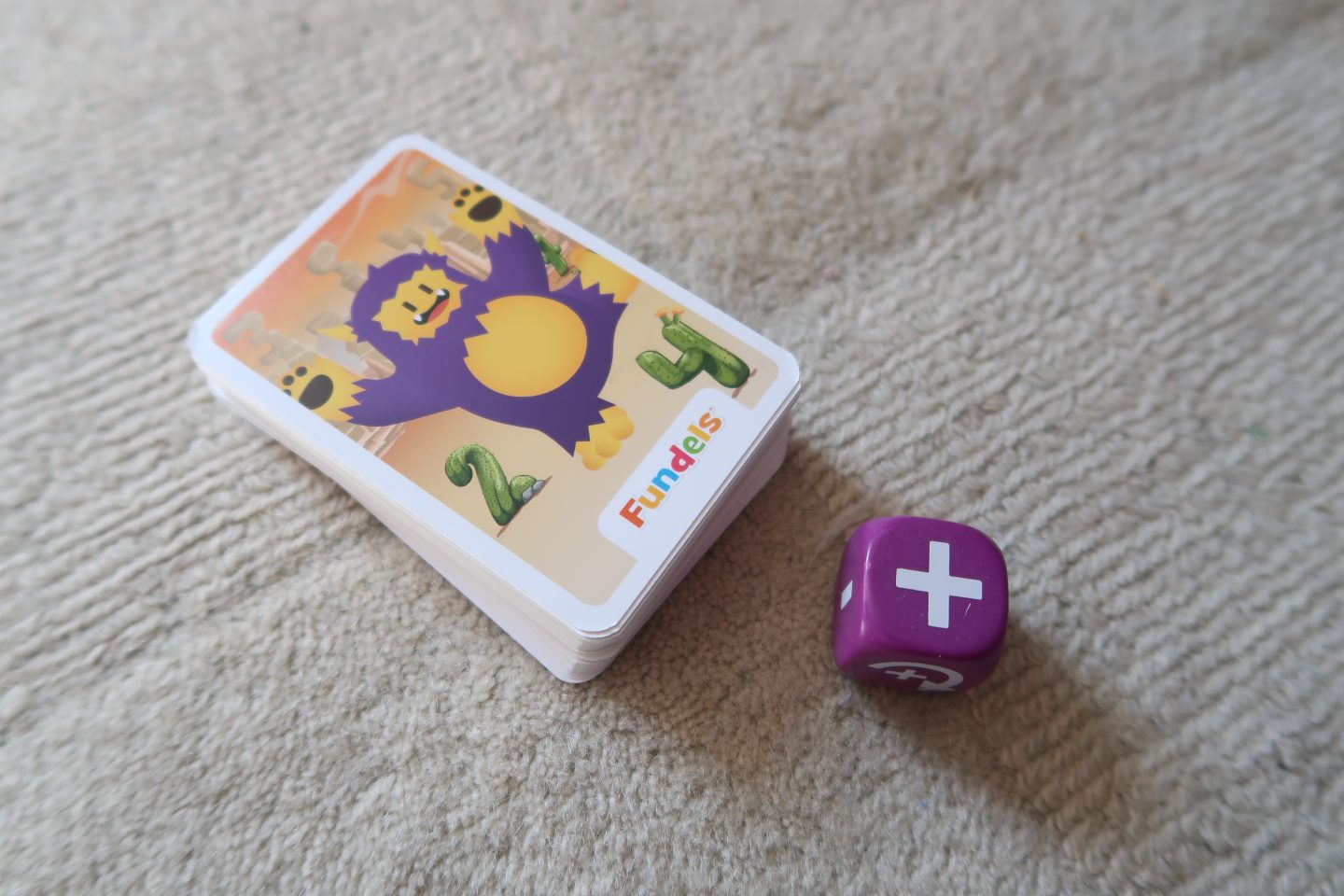 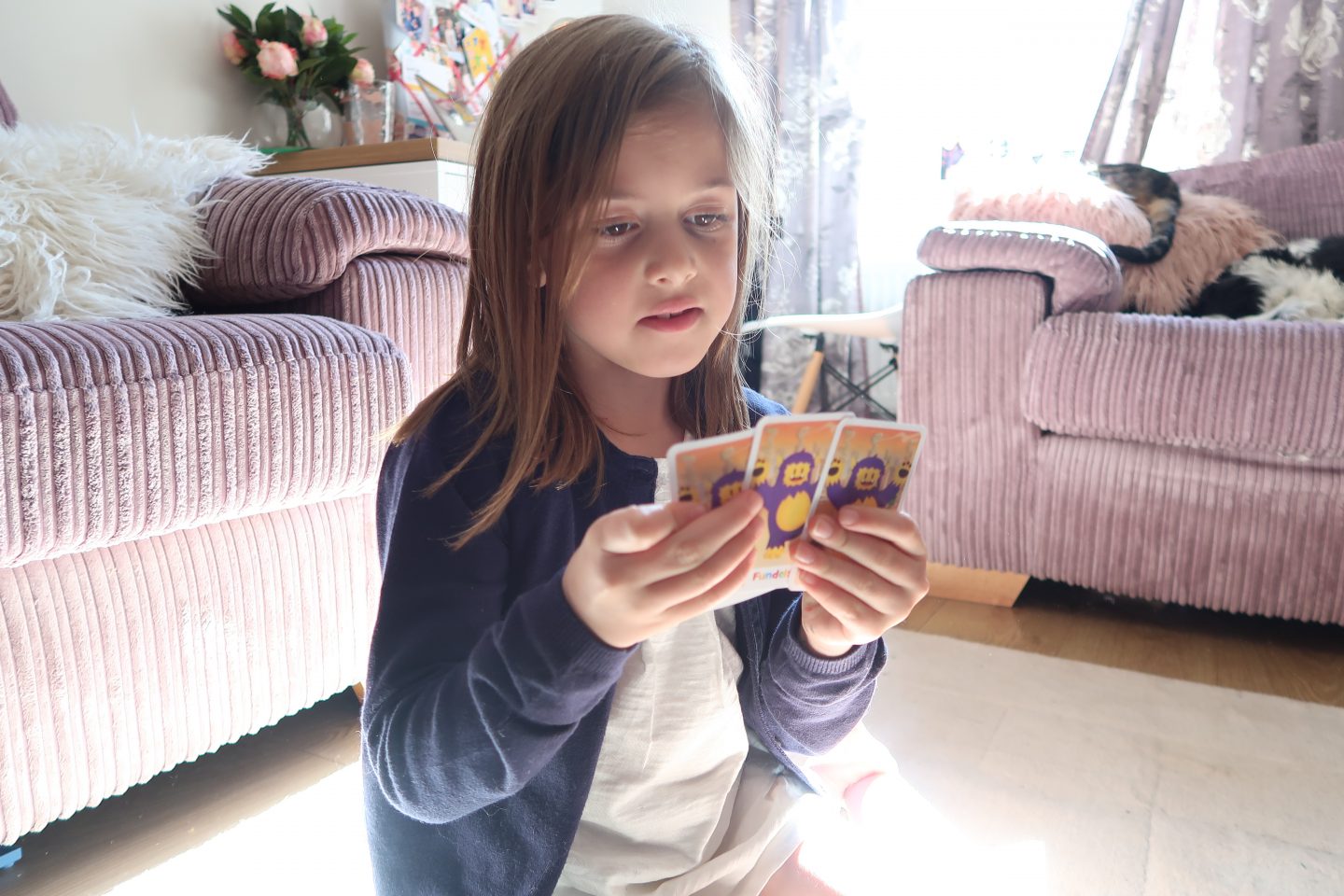 Playing with Numbers:
Firstly the packaging is great – I love the plastic case which is sturdy and keeps the cards tidy when they are not being used. It would also be perfect for travelling or using in the car on a longer journey. Izzie liked that she could carry it, and I liked that it wasn’t too big – I hate things that are bulky to store and this isn’t.

The game is aimed at players age 6 and over and can be played with 2-4 players.

Playing with Numbers is a ‘higher/lower’ game with a twist. You could chose from ones, tens or hundreds numbers. Ollie, who is 4 and just learning numbers wanted to play too (he loved the monsters on the packaging) and so we played with tens. Even though the game is aimed at older children, he was able to understand and enjoy it with a bit of help.

Once the cards are shuffled they are put in the middle and the youngest player rolls the dice. Once Ollie understood it wasn’t a good idea to throw it under the sofa we were away! The dice decides whether you are going higher, lower, players choice of higher and lower or you miss a turn. 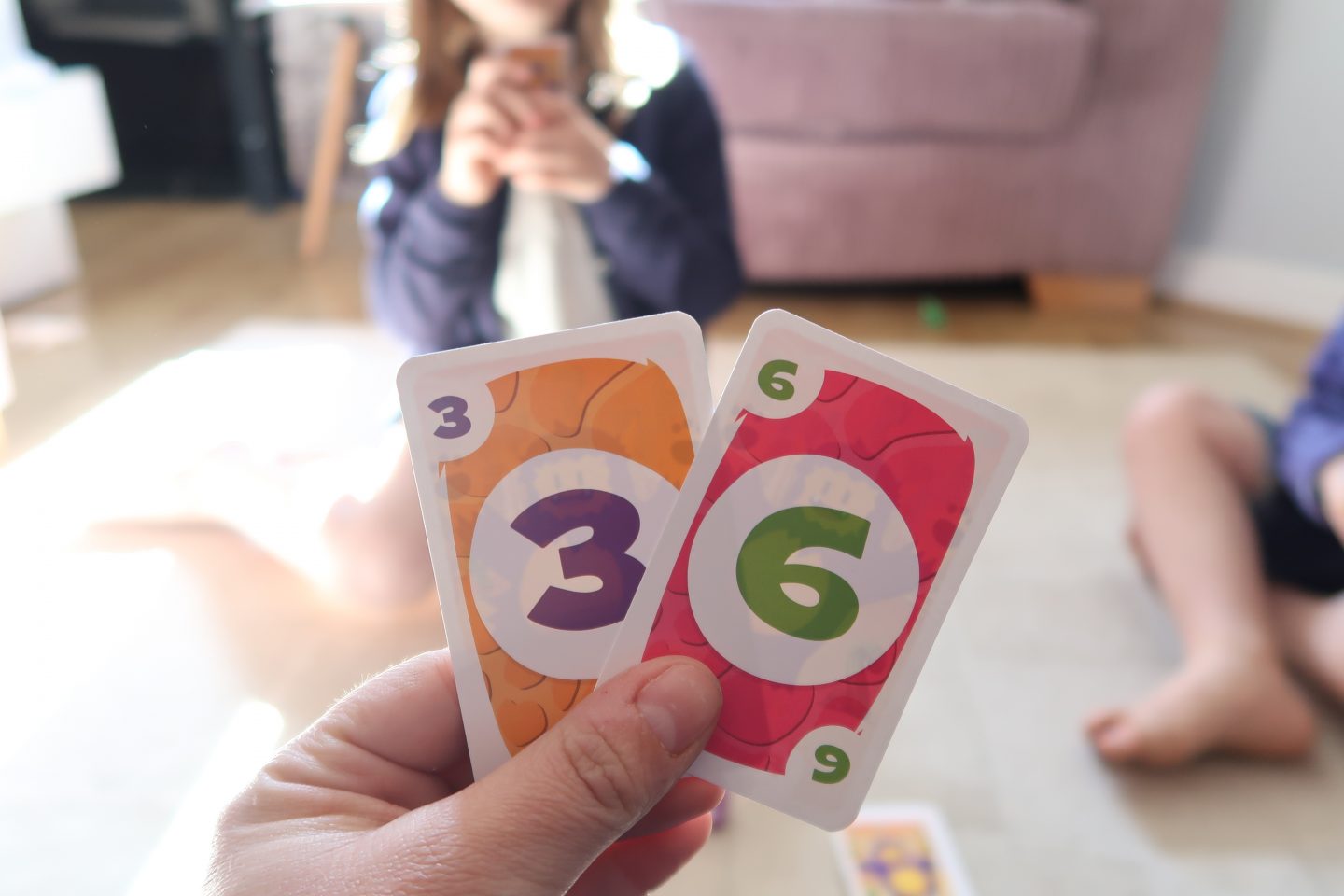 Izzie will be doing her SATs soon and she enjoyed the game – and it it felt a bit like revision but without her realising it.

What we loved about the games is that you could play them in a variety of different ways – Izzie was happy to sit and make up games by herself and it was lovely to see her trying to get Ollie involved too. 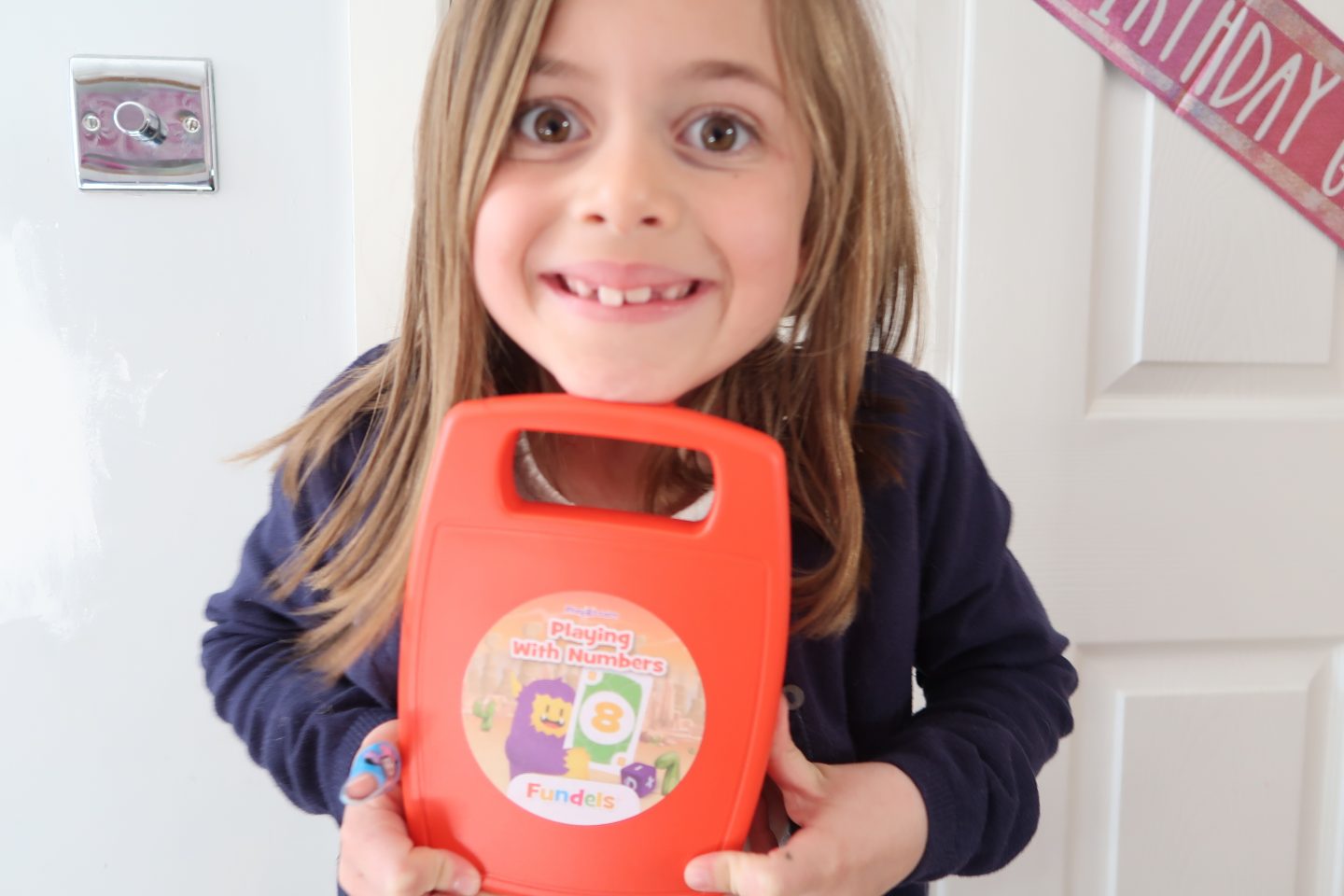 You can find Cartamundi games now at a number of retailers including Tesco, Amazon and John Lewis.

When we were in Tesco doing the food shop at the weekend, Izzie spotted another set by Cartamundi that was for learning to write letters and instantly recognised the product wanted to buy another. We will definitely be purchasing more of these sets – I’m a huge fan of anything that is both fun and educational.

Disclosure: we were kindly sent both Cartamundi games in exchange for an honest review – all opinions and photographs are my own (and the kids). 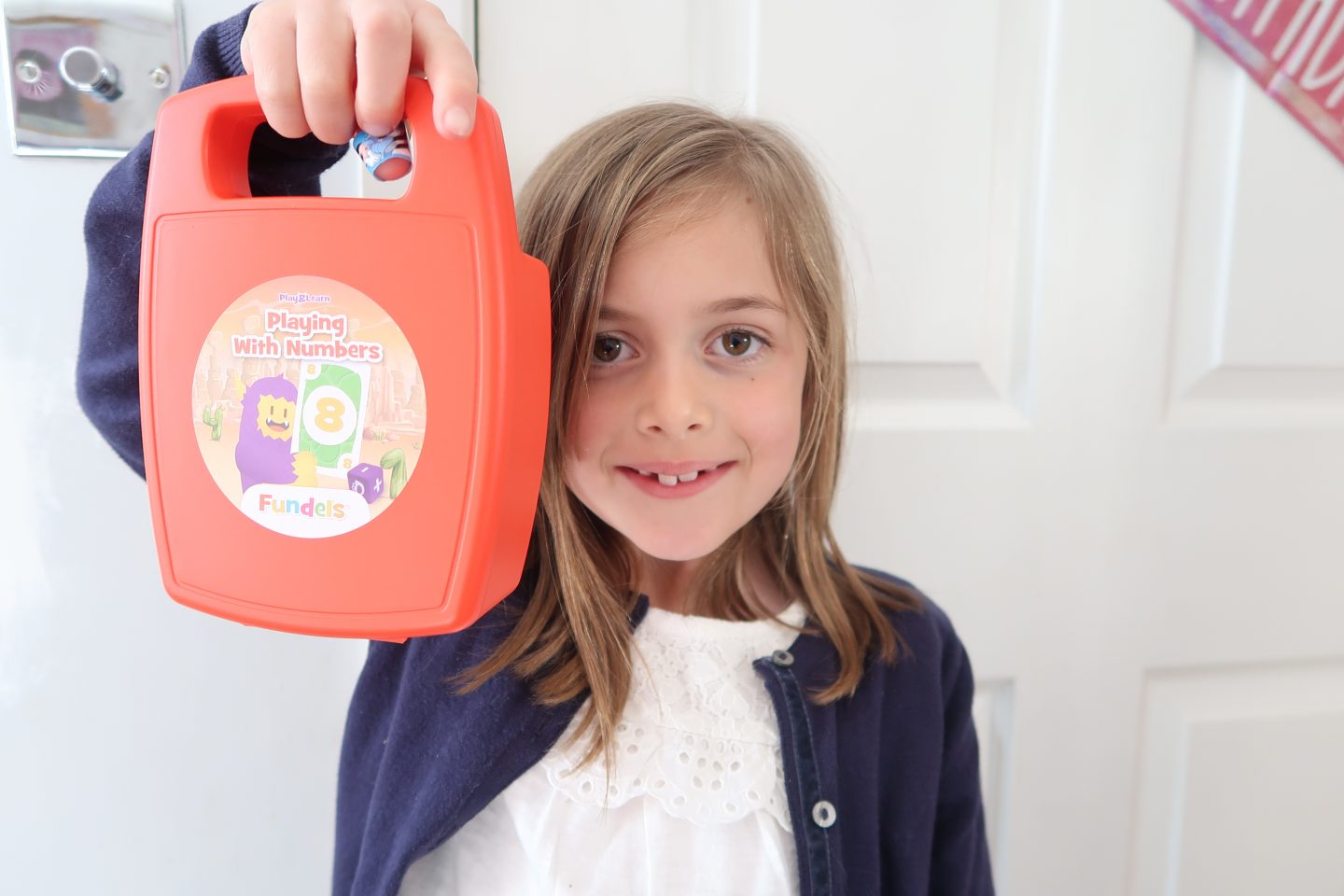