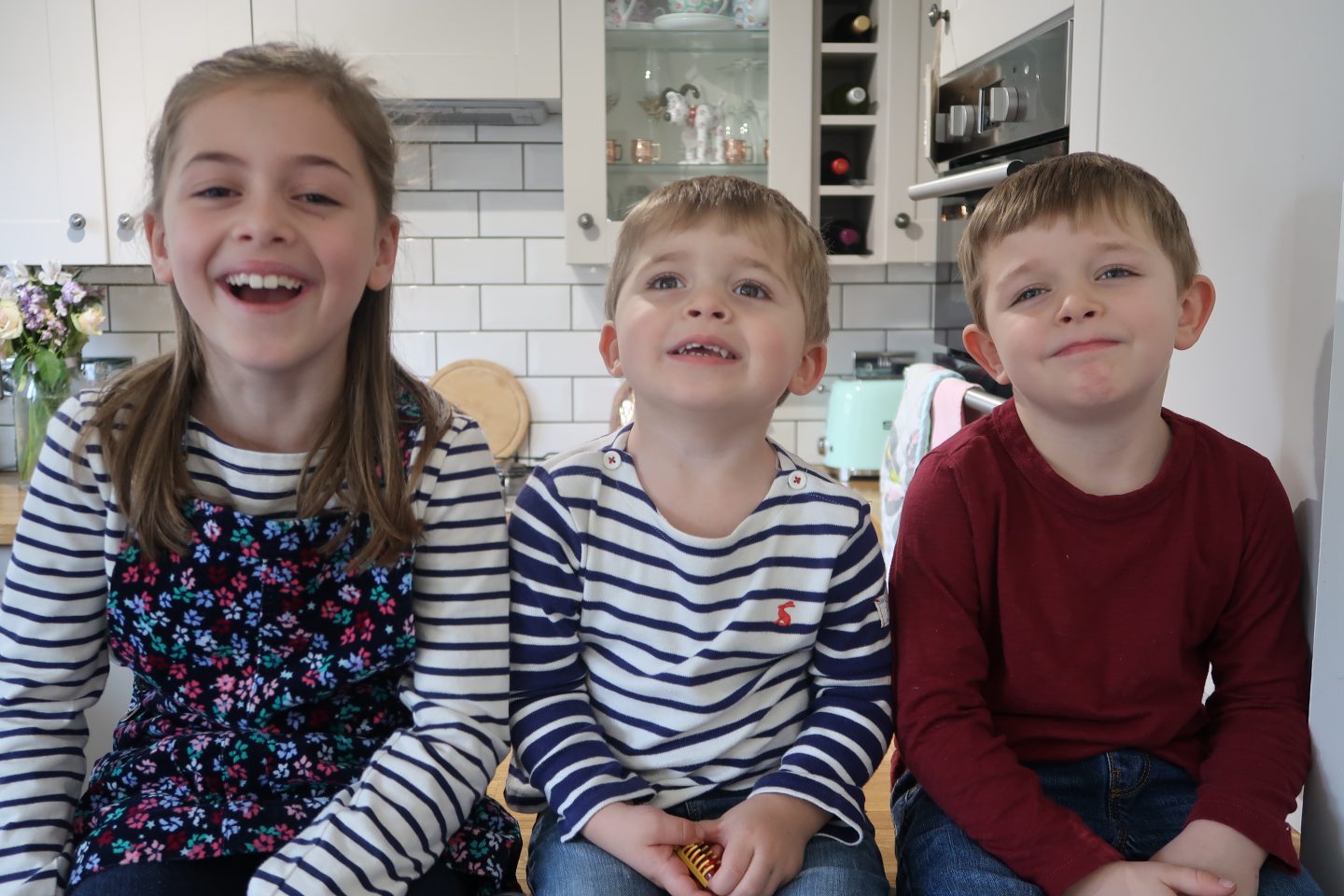 Its the middle of January and that means its time for the first Siblings Project of 2018.

I’ll admit I’ve totally dropped the ball with photographs this month. After a nearly  whole month of daily vlogging in December, my camera has definitely taken a back seat. So much so that when it came to taking this months Sibling photos, the battery was as flat as a pancake. As with most things in life, I’ve winged it – and in the process realised why I prefer taking photos outside! 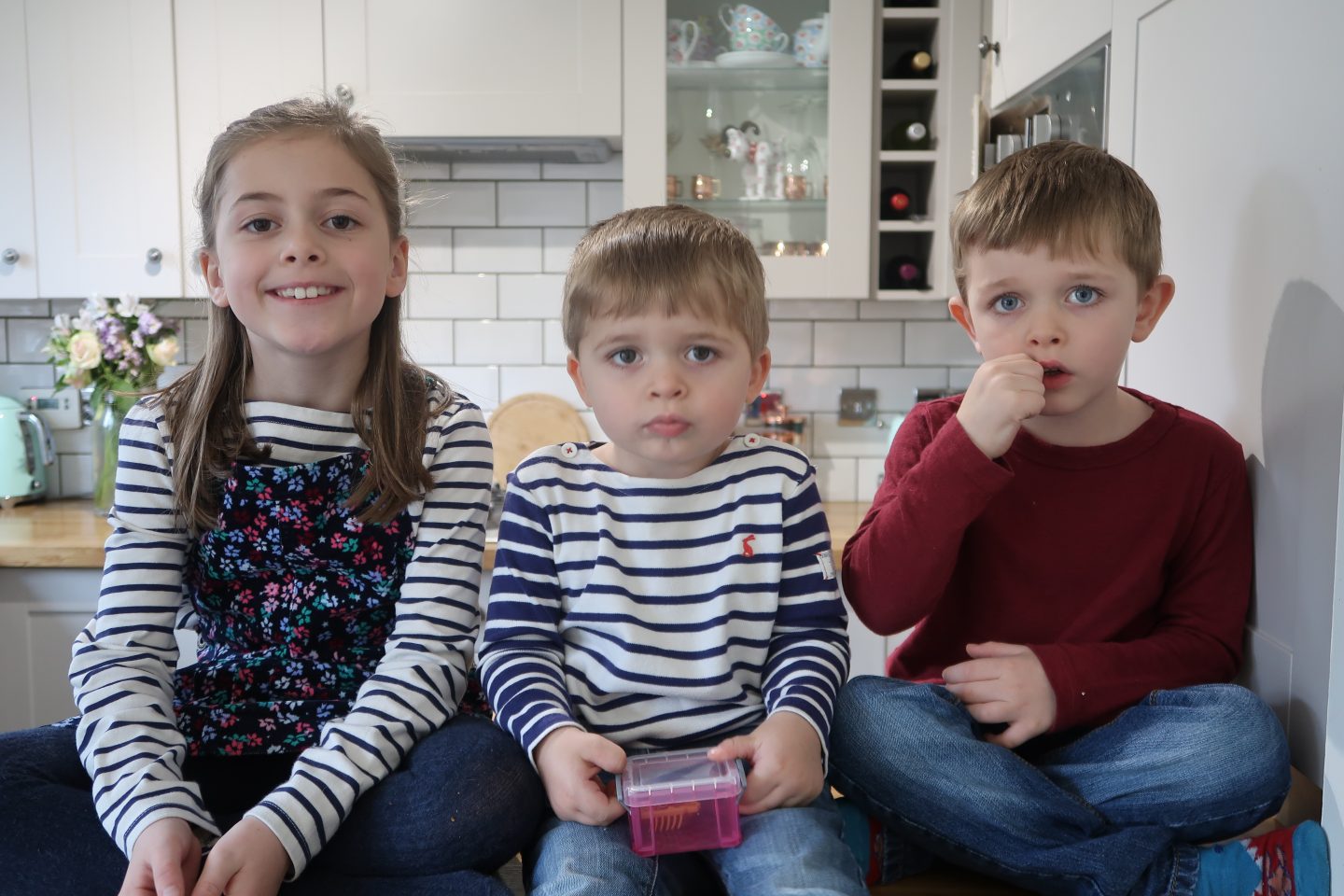 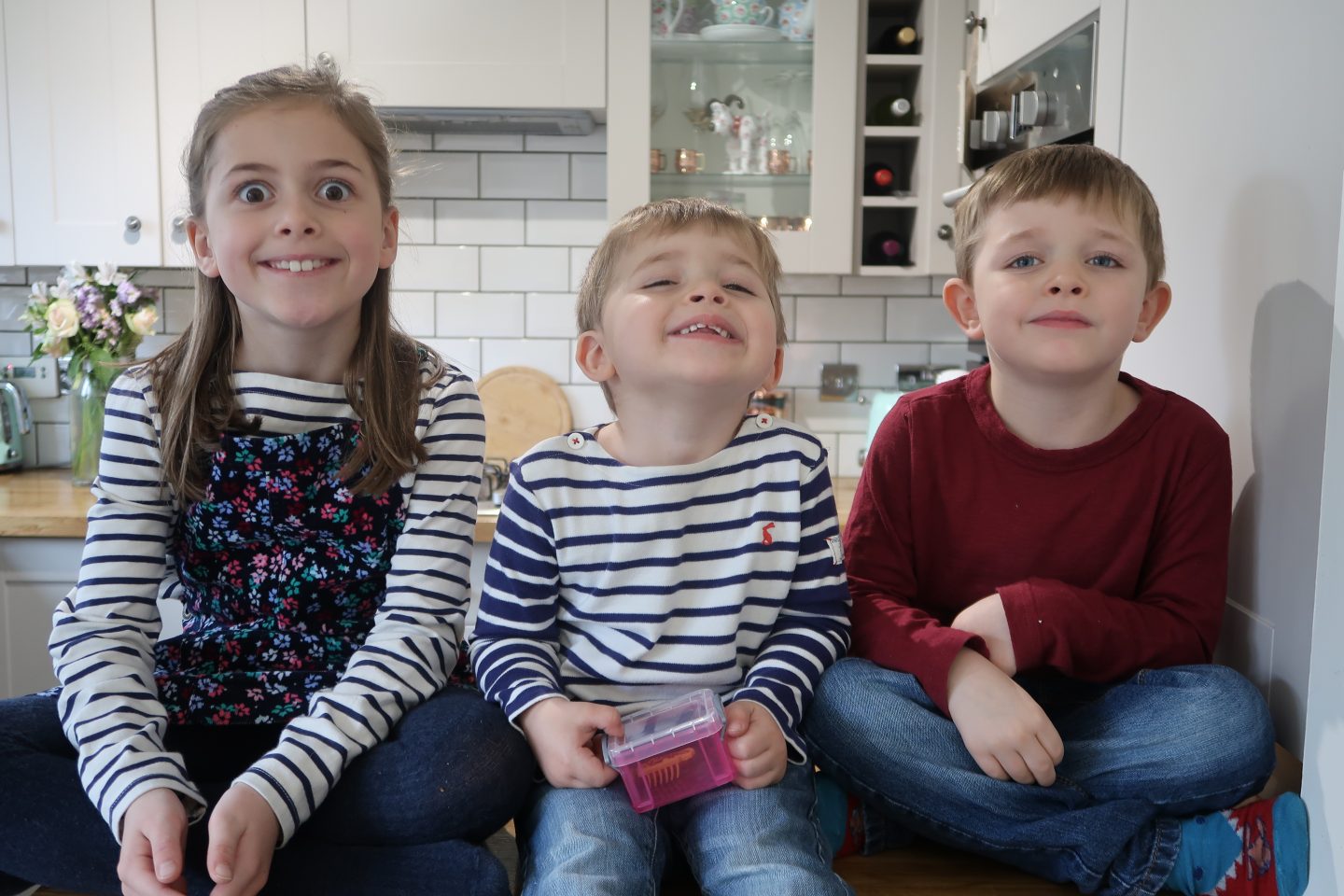 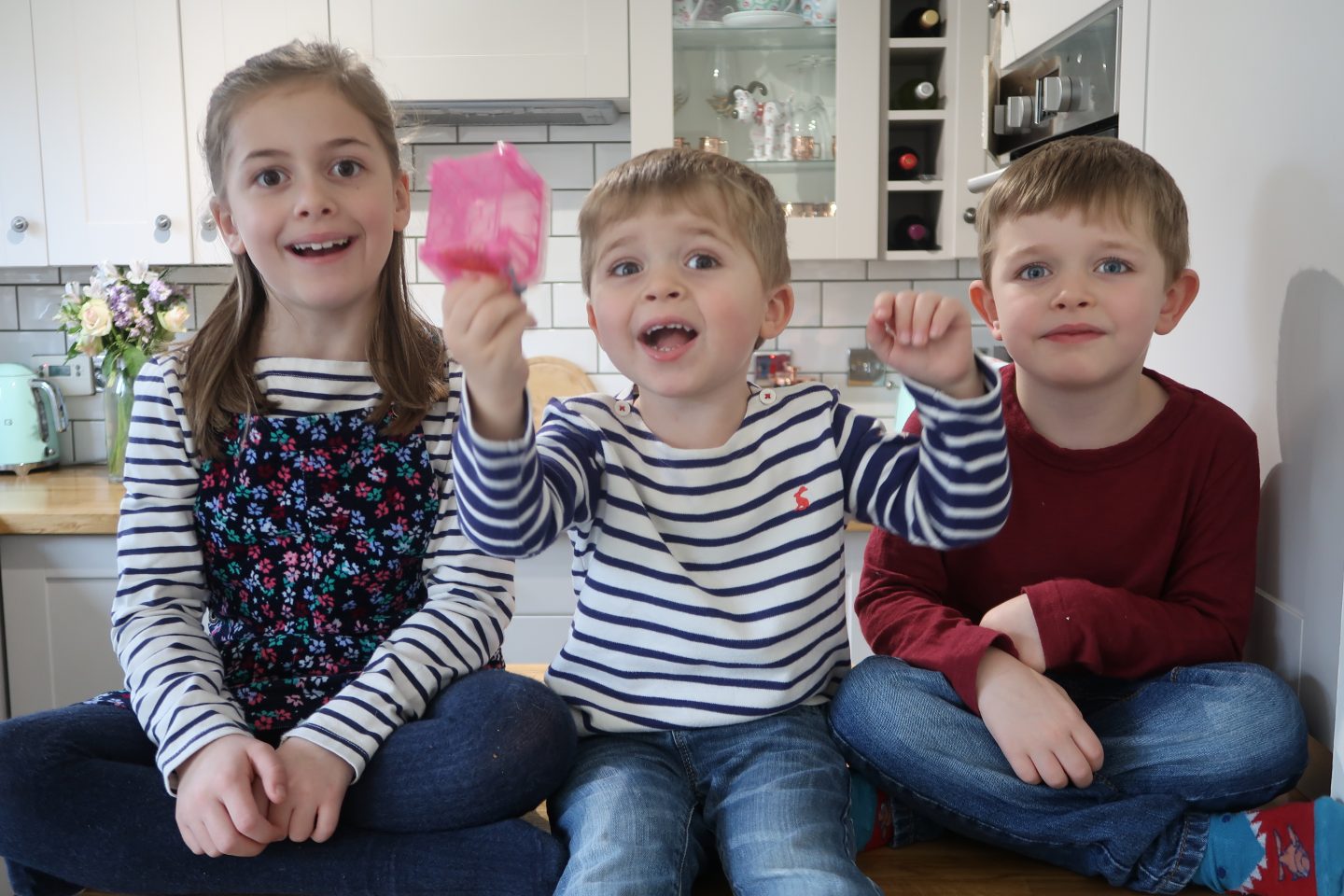 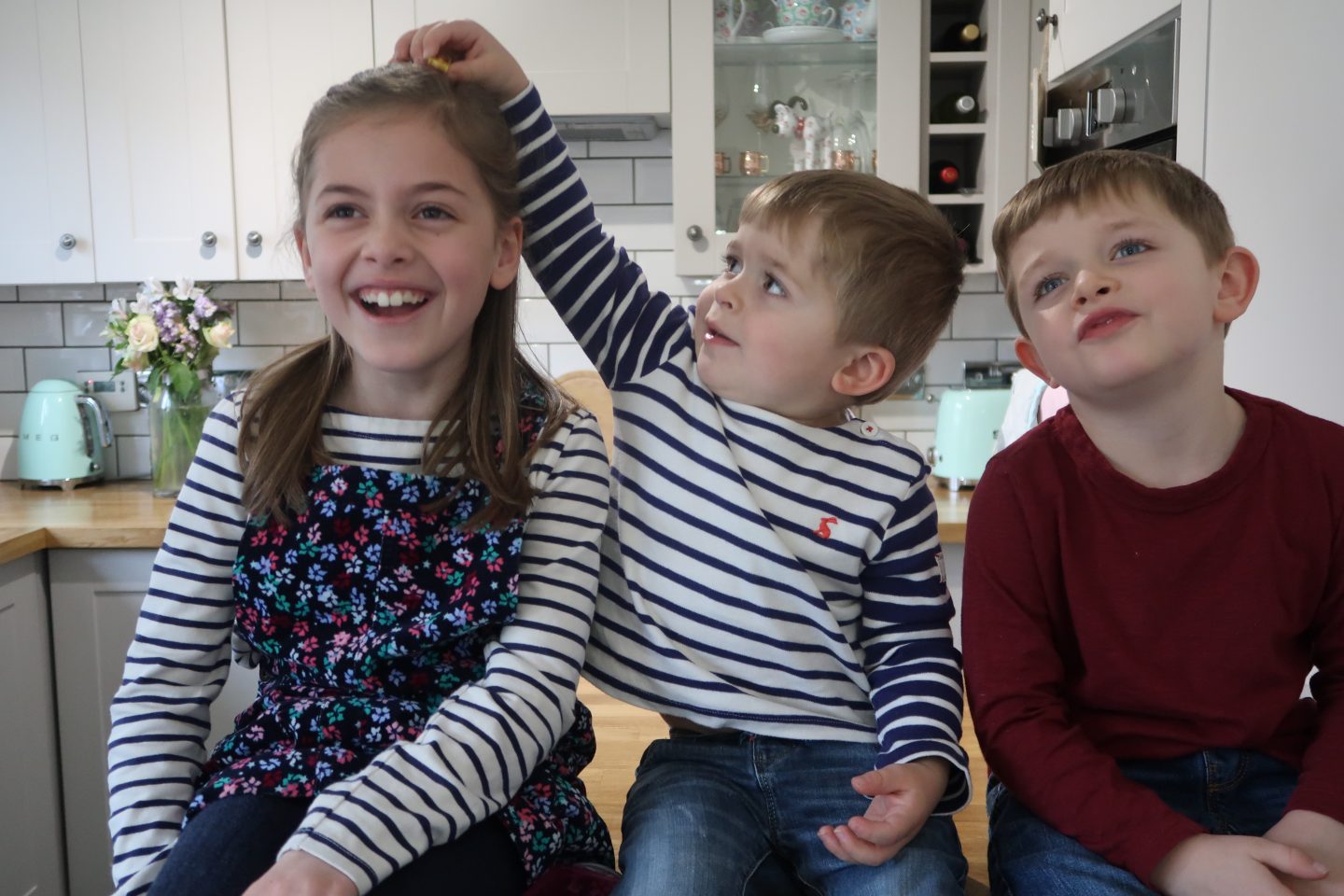 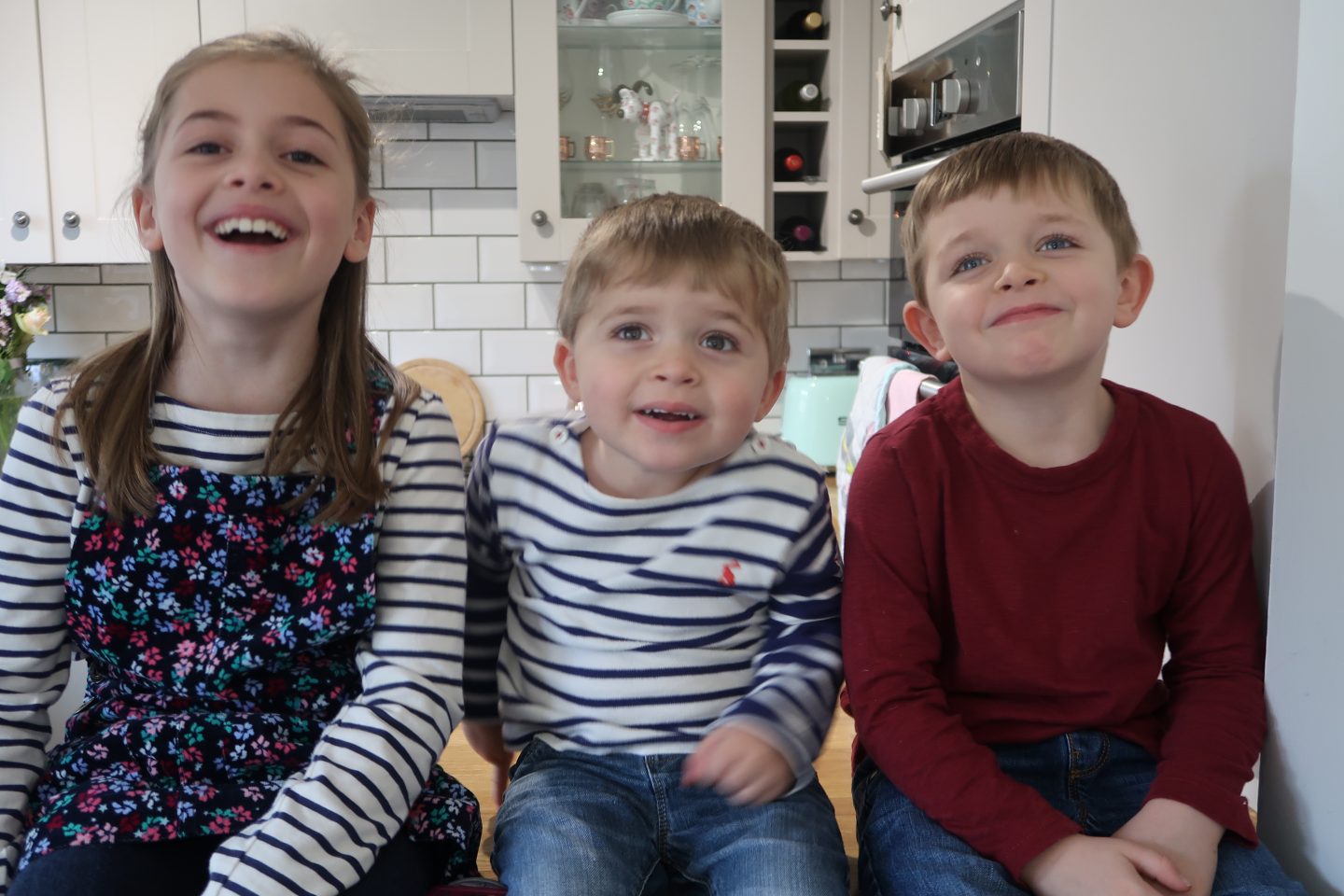 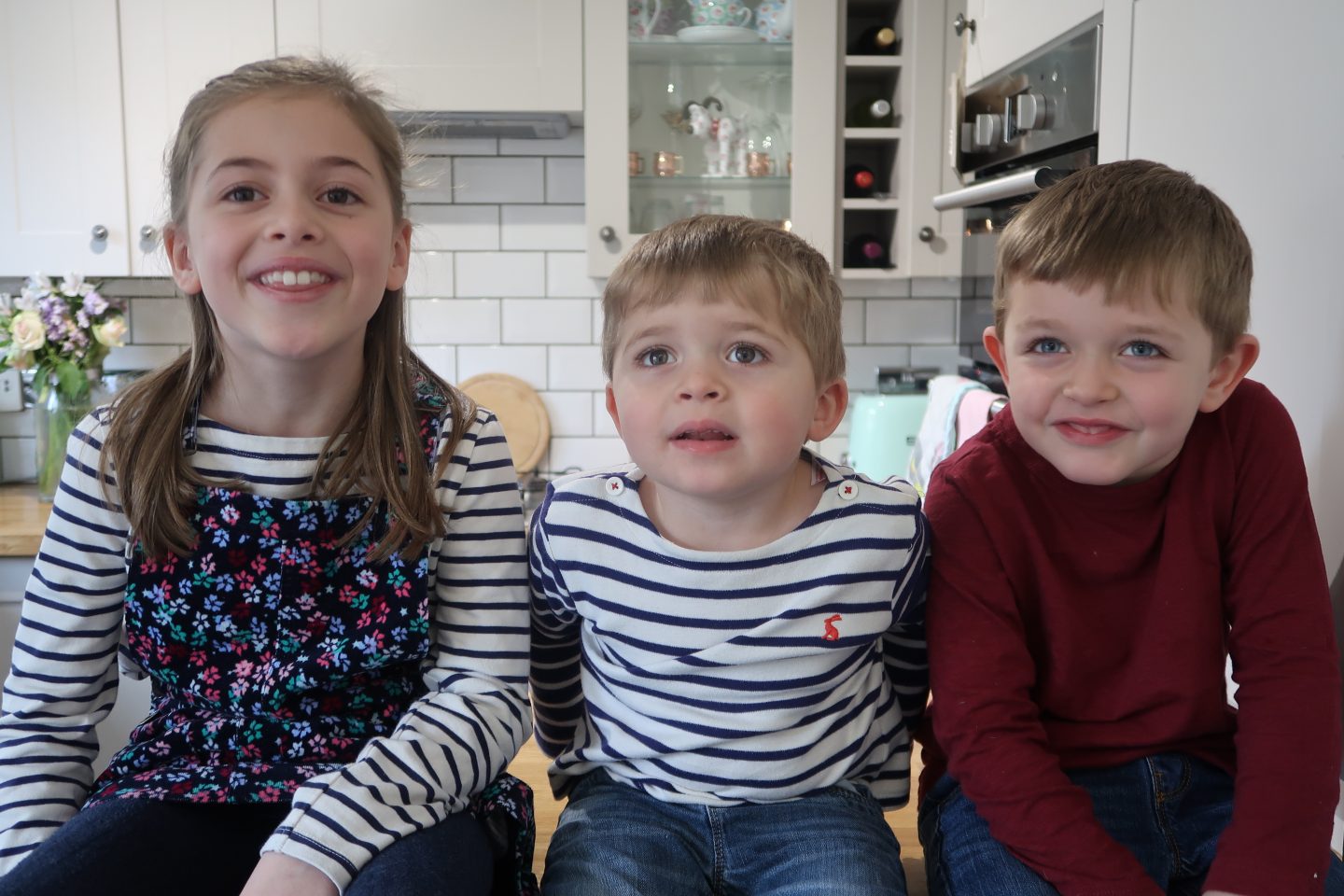 These mad three were slightly hyper and not in the mood for taking photos – hence the expressions ranging from maniacal to sarcastic. It kind of captures how they really are though…

The last month has been a fun one in terms of these three. With Ollie’s 5th Birthday, and then Christmas, we’ve had loads of family time, plenty of new toys to play with, and actually very few sibling squabbles.

Now that Mason is speaking more and more, the older two are including him more in their games, and most of the time they do play really nicely together. I love how Izzie and Ollie are so tolerant of Mase – I can imagine that most of the time they could think of much better things to do than playing with Paw Patrol toys, but they humour him, and always play along.

Being indoors a lot more due to the grey, wet and cold days, means they have been bouncing off the walls more than usual – these three definitely need to have a run out and get fresh air every day – kind of like the dog really! When they are indoors a lot we do seem to see an increase in Ninjago Spinjitzu antics and sofa jumping – not ideal in terms of bumps and not wrecking the furniture!

I love these individual photos of the three of them – they sum up their personalities perfectly. Izzie is always eager to please, Ollie is always on the wind up, and Mason totally loves his role as the littlest and plays up to being cute. We noticed a significant decrease in Masons tantrums this month too – whether this is because he is using his words more which is making him less frustrated, or whether we are coming out the other side of the ‘terrible twos’ – either way its making life a whole lot easier.

They are very much looking forward to our Disneyland trip in March – particularly Ollie as there is going to be loads of Star Wars things going on. I actually can’t wait either.

In the last month, the kids have also switched rooms. Controversial maybe, as we now have the two boys in the smaller room, and Izzie has moved to the bigger room. Its working out so much better as the boys literally use their room for sleeping and don’t really have any toys in there, where as all of Izzies thing are in her room and she likes to play in there. Its currently working out really well, and it was definitely the right decision. 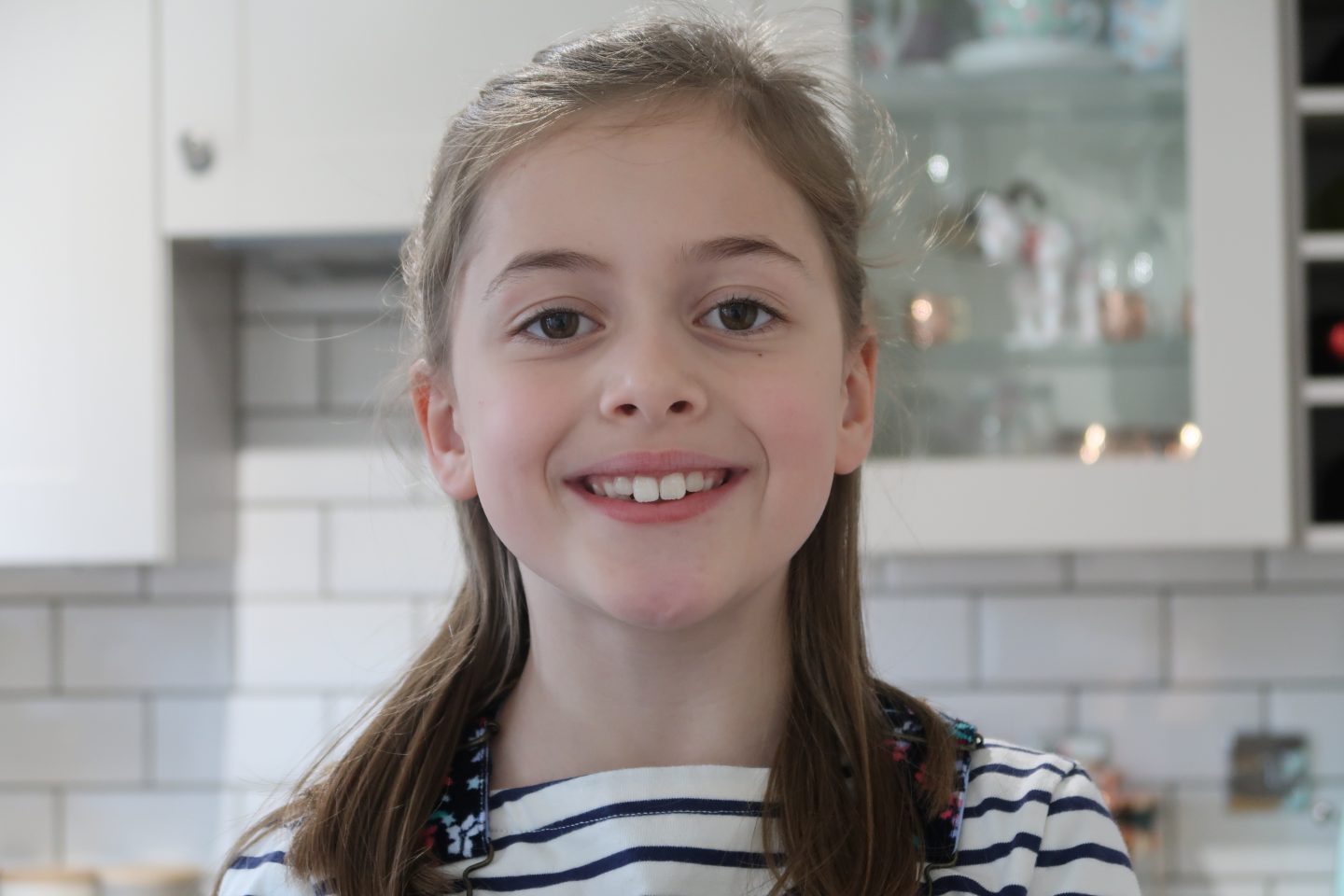 This month Izzie has been loving:

*Collecting Num Noms – they are everywhere 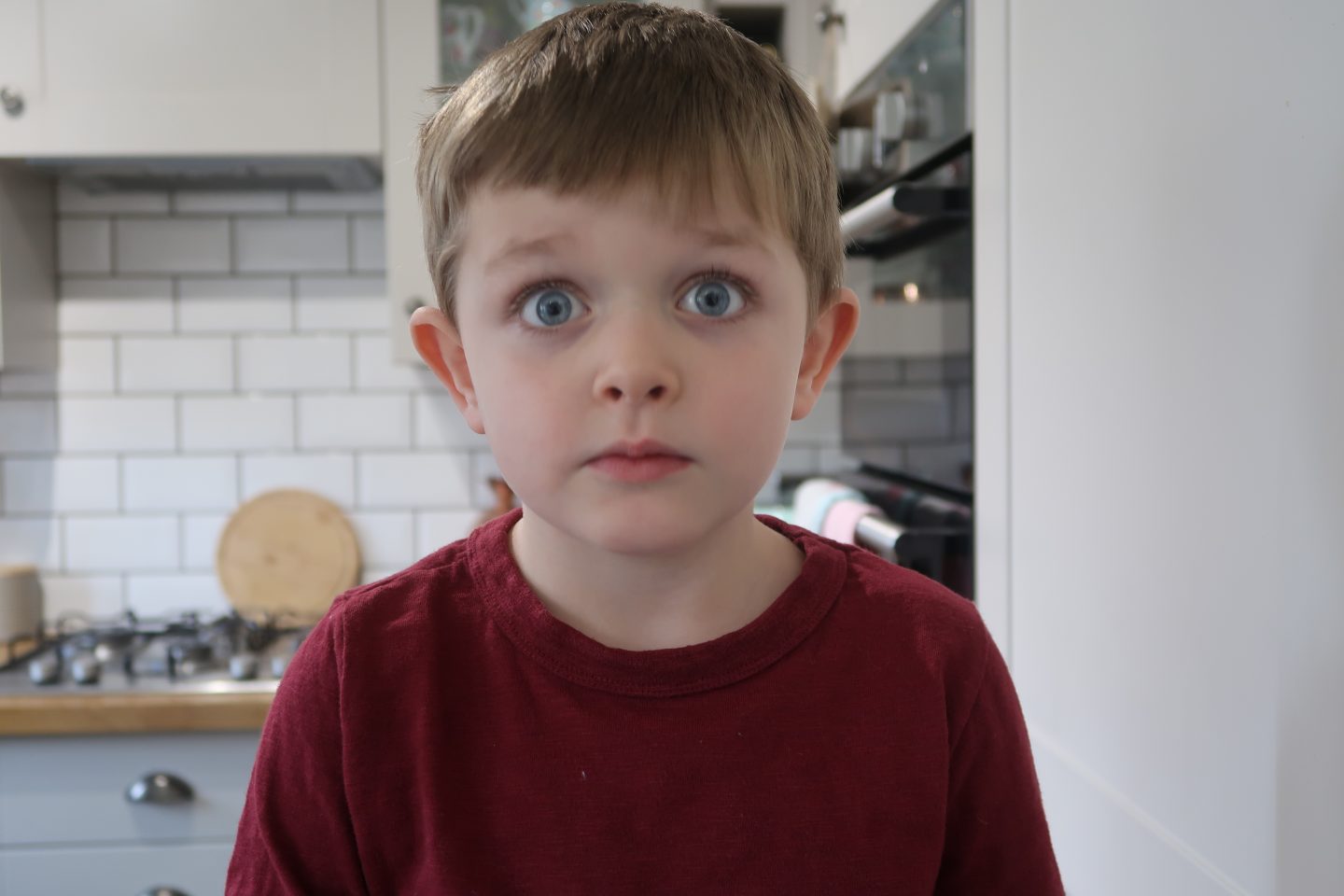 This month, Ollie has been loving:

*swapping his many lego/football/bear yoyo cards with his friends 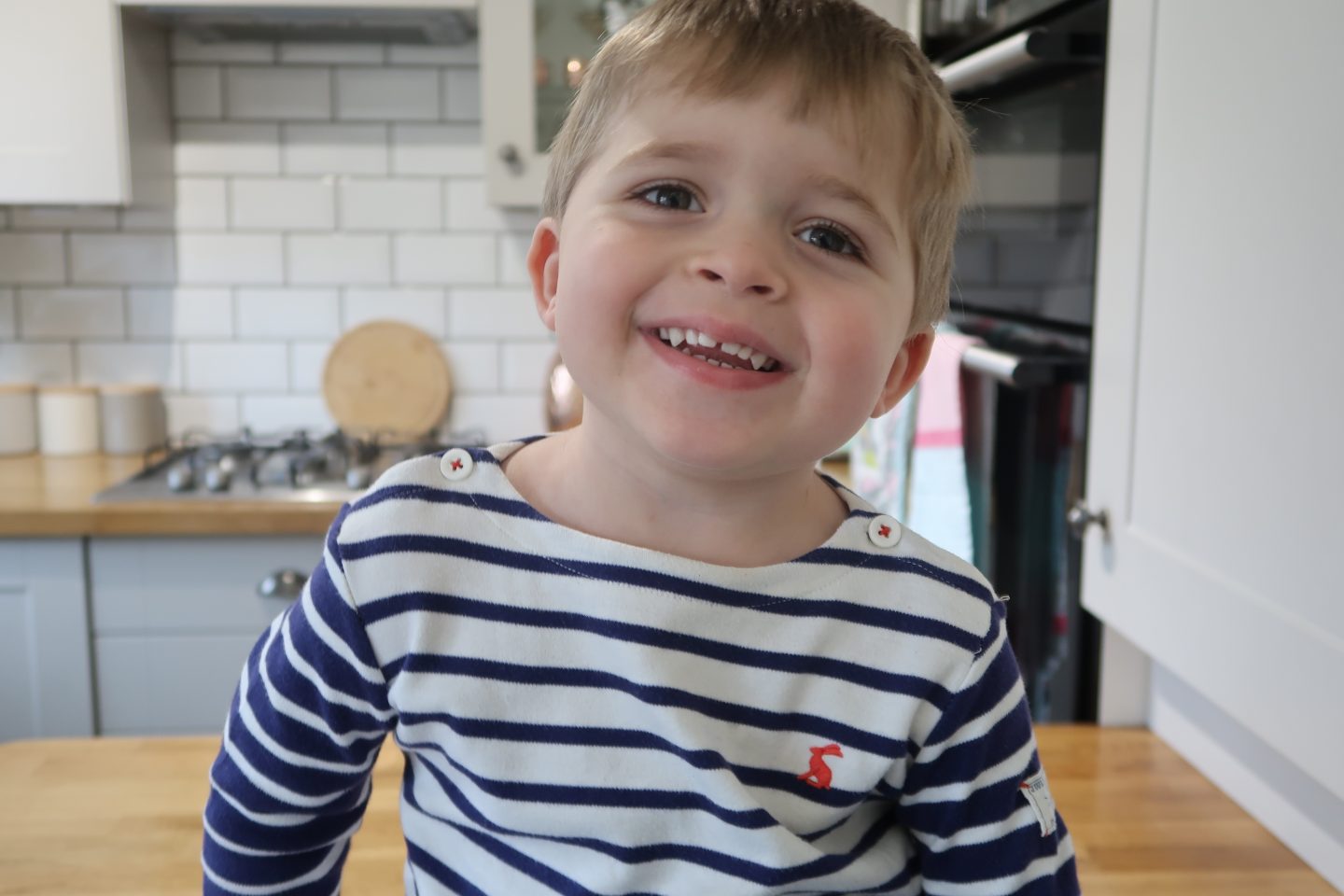 This month Mason has been loving:

*his Paw Patrol toys that he got for Christmas

*puzzle games on the ipad

*no longer going in the pushchair

You can see who else has linked up for The Siblings Project with the lovely Lucy at Dear Beautiful here… and make sure to go and check out some of the other gorgeous Sibling photos for this month!