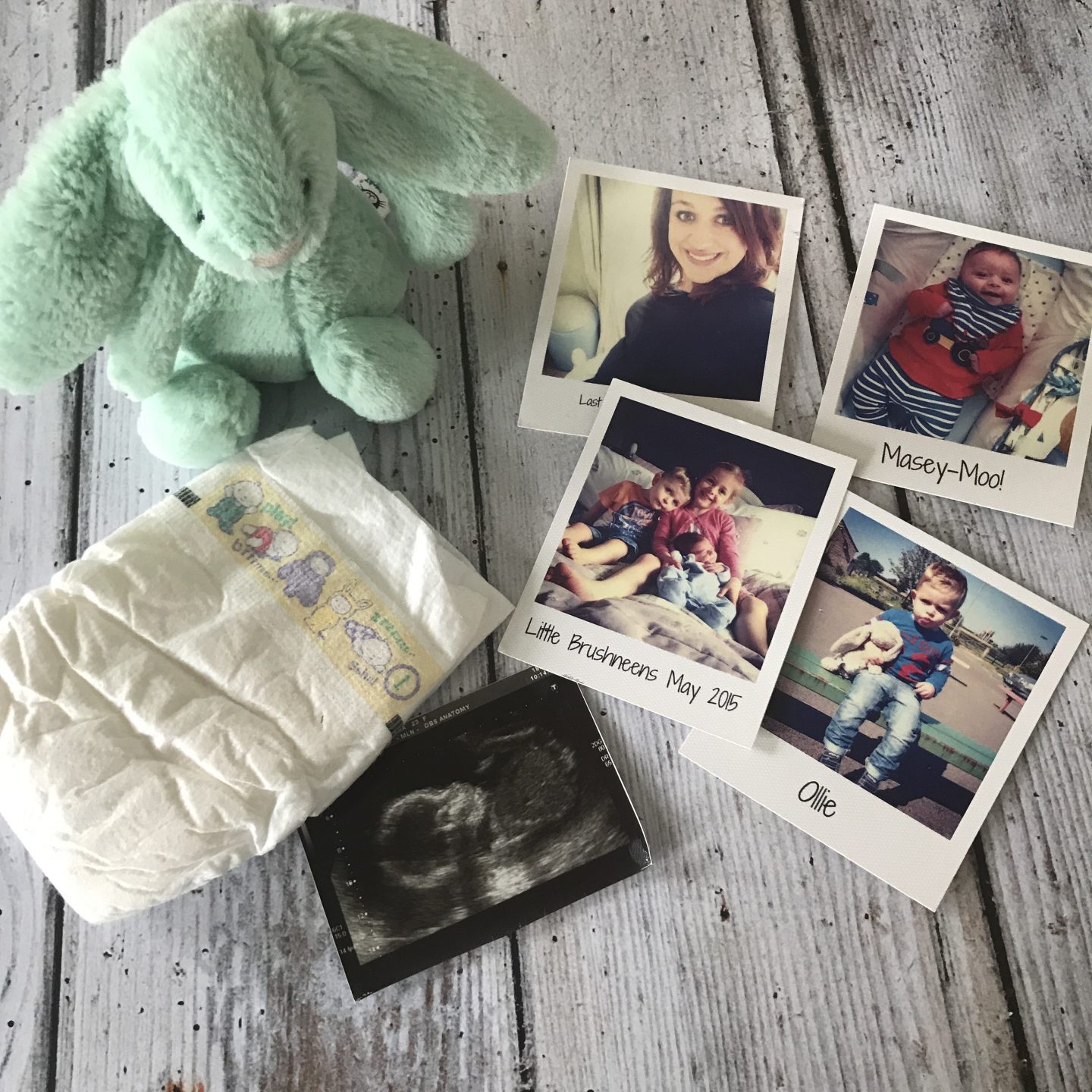 I ummed and ahhed about the title of this post – How to ‘Survive a Rainbow Pregnancy’ – to say ‘survive’ sounded slightly dramatic, but the reality is, when you have lost a baby, at whatever stage of pregnancy or infancy, getting through another pregnancy is just that – surviving.

This week marks Baby Loss Awareness week 2017 (9th-15th October). I’ve written lot of posts about how we lost our second little girl Sophie at 24 weeks gestation. You can read them here if you would like to know more of our story. I have also included a video at the end of this post which explains it in more detail too.

This year, I wanted to share a positive post, that I hope will be helpful to anyone who has found themselves pregnant after loss, or anyone who is trying to conceive after loss and worried about being pregnant again.

If you are not familiar with the term, a Rainbow Baby, is a baby conceived after loss.

A “rainbow baby” is a baby that is born following a miscarriage, stillbirth, neonatal death or infant loss.In the real world, a beautiful and bright rainbow follows a storm and gives hope of things getting better. The rainbow is more appreciated having just experienced the storm in comparison.

A Rainbow Pregnancy is a scary, wonderful time, filled with so many conflicting emotions. Obviously everyone is different, but for me, there was the elation of being pregnant again (which was very quickly for me after we lost Sophie). There is also the fear of something going wrong again. Then there are other peoples reactions and opinions to deal with. Firstly let me say, their opinions are just that – their opinions. People do have an awful lot of them, and especially when you are pregnant they get forced upon you. Secondly, not everyone knows how to cope with loss. Not everyone will know what to say, and I found this more times that I could ever wished to. Sadly I had people who I once called friends cross the street to avoid me, to avoid discussing Sophie. Even when I was pregnant again, people still were awkward around me. I think people also found it hard because I wanted to talk about it – baby loss should not be a taboo subject. 1 in 4 woman are affected by the loss of a baby, whether that be through miscarriage, stillbirth or infant loss. 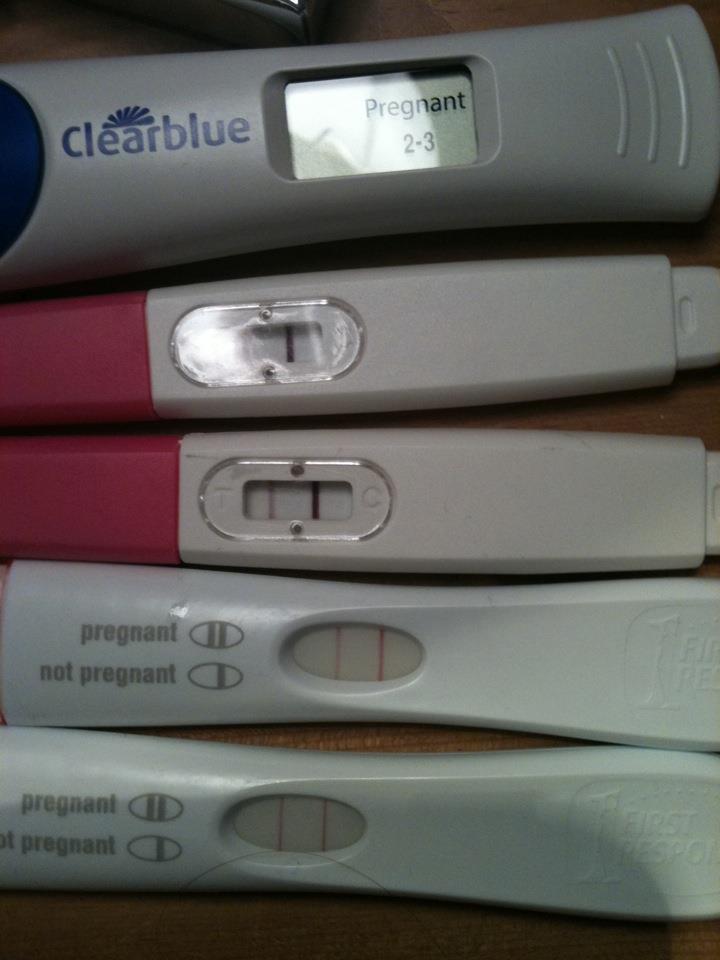 As a quick disclaimer, these are things that helped me through both of my rainbow pregnancies – I am fully aware that everyone is different, and things that worked for me may not be right for another mum who has lost their baby. I’ve been asked a few times how I ‘got through’ my rainbow pregnancies, and so I thought I would share. The main thing to take away from this though, is do whatever you need to do to survive and get through your pregnancy. Whether that is locking yourself away, or shouting it from the rooftops, that is ok. Do whatever you feel is right for you, so you can hold your precious rainbow baby in your arms. For example i convinced myself that I had a lucky bracelet, and no matter what anyone said, that didn’t come off from the moment I had a positive test, until I was home from the hospital with Ollie.

Here are a few ways and things that helped me get through my rainbow pregnancies…. 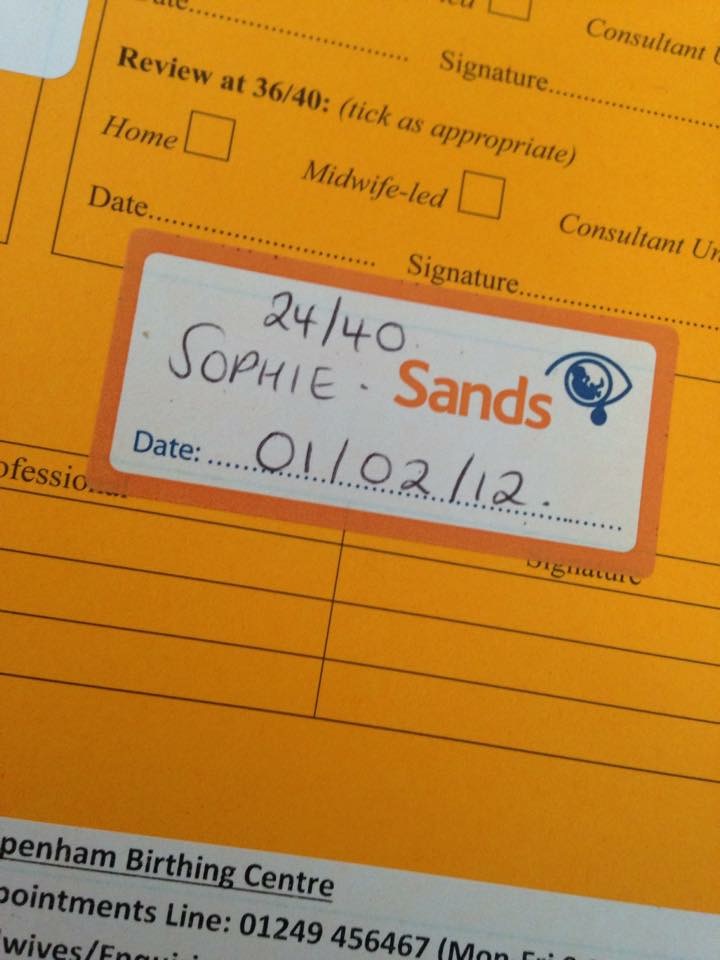 Most Midwives will know about and have these. They are stickers for the front of your paper maternity notes that show anyone looking at them that you have had a previous loss/losses, and when. I found these incredibly helpful as it meant I didn’t have to keep explaining myself whenever I saw a different midwife/consultant, and they were more aware of my history. It is well worth asking if your midwife has these stickers – or you can purchase a sheet yourself from SANDS directly. 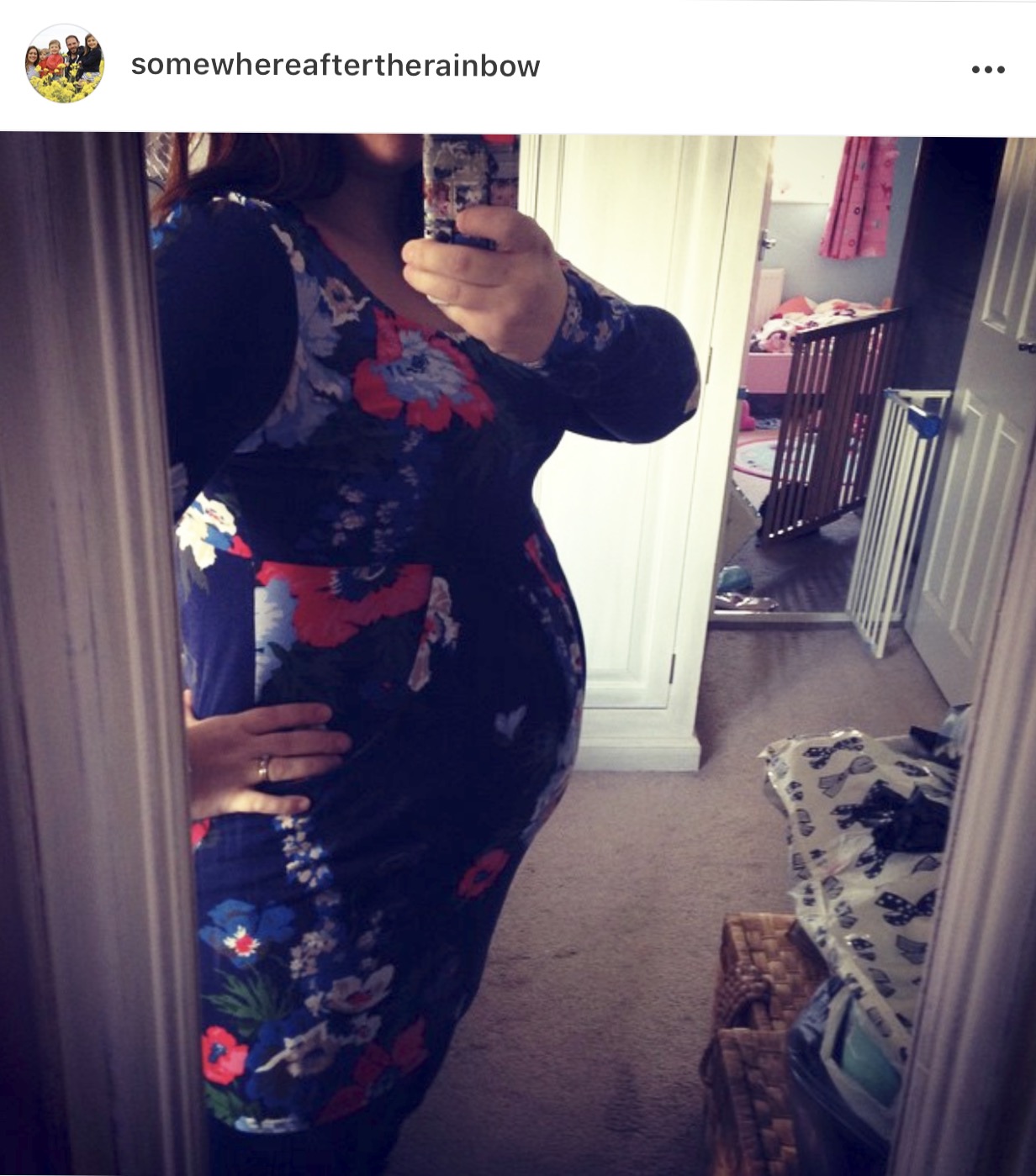 I can totally understand that it is easy to become introverted after a loss, but for me it helped to take bump photos, share milestones (like reaching 24 weeks, which was when we lost Sophie). It was therapeutic for me, and also was lovely to document a positive pregnancy outcome. 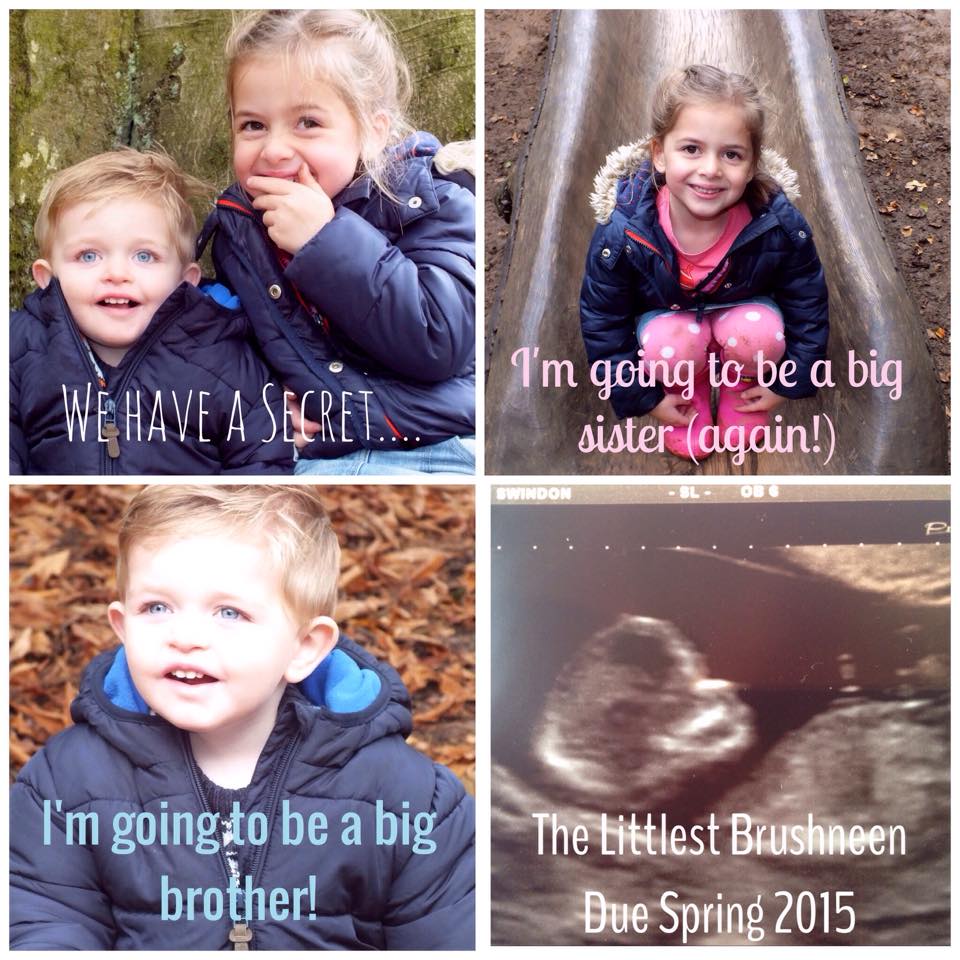 3. Share your happy news (as soon as you feel able)

I know not everyone is a fan of social media, but creating a pregnancy announcement helped to bridge the gap between us and those who found our baby loss taboo. Not that you should need or want to bridge that gap, but sometime people do find it hard to cope with loss, which I do understand. I also felt uplifted to receive everyones congratulations and positive thoughts. 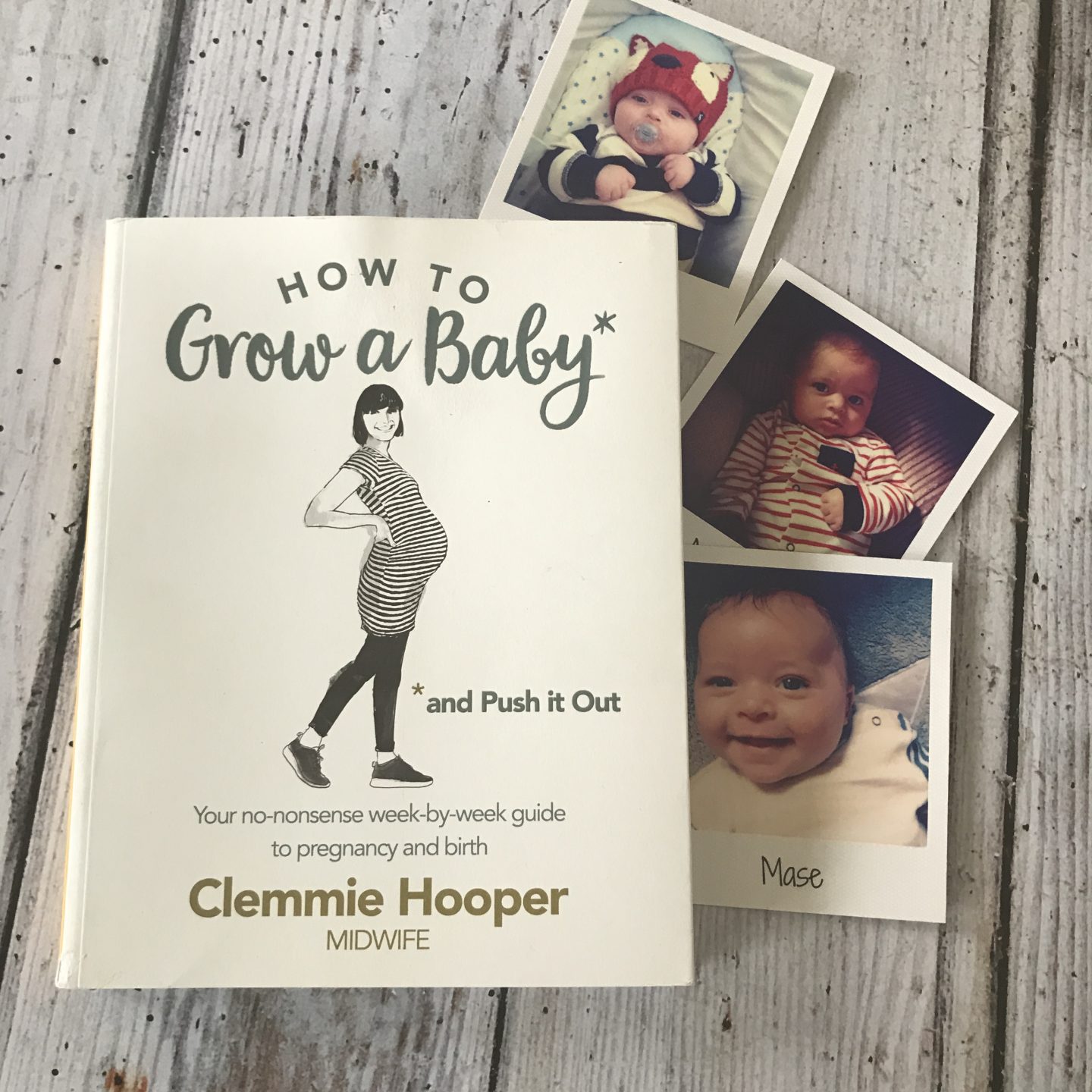 Positivity breeds positivity, and there are plenty of resources both online and in book form that have positive birth stories to share. I love the stories in this book by the wonderful Clemmie Hooper, of Gas & Air Blog, which has loads of different birth stories in it. Her website also has a whole section of birth stories on it too, which make for lovely reading. Although it can be hard to focus on the positive when you are scared and worried, I am a huge fan of being positive and I really swear it made a huge difference during my rainbow pregnancies. I do however get that it is easier said than done though.

Following on from my above point about positive birth stories, I also highly recommend finding support online. When I was pregnant with Ollie I had THE most supportive Facebook group that I was a part of. They carried me through the days of losing Sophie, and well beyond. I still speak to some of them on a daily basis nearly 6 years on. Chatting in online groups I know is sometimes looked down upon, but it helped me endlessly. Sometimes it is easier to type a message to what is essentially a group of strangers, and get all your feelings out. I always had someone to talk to and who was willing to listen. There are some amazing groups out there, on Mumsnet,  Babycentre, or The Channel Mum Support group. Someone out there will have always have been through a similar experience and will be able to help – and if not just be there to listen.

This brings me to my next point. Don’t ever bottle it up. I know I’ve been worried in the past about upsetting people by talking about how I was feeling. In the early days of losing Sophie I felt so guilty. I felt like I  – my body – had let everyone down. I felt like they blamed me (which couldn’t have been further from the truth). Once I started opening up about my feelings, I actually began to feel better. There were some nights I would talk Ell’s ear off, and some nights I would just sit and sob. The main thing though was expressing how I was feeling. There is always someone there to listen.

My midwives were very conscious that I was nervous about my rainbow pregnancy. They offered to see me more regularly for checks, which really helped to reassure me. Also because my pregnancies were high risk, I had more scans and extra appointments with consultants. Again just having someone to listen to your fears and talk you through them is helpful. I also found it really helpful to ask questions. the more I knew the more in control I felt. Jot down any questions you have between appointments and then take them with you, and ask your midwife or consultant. 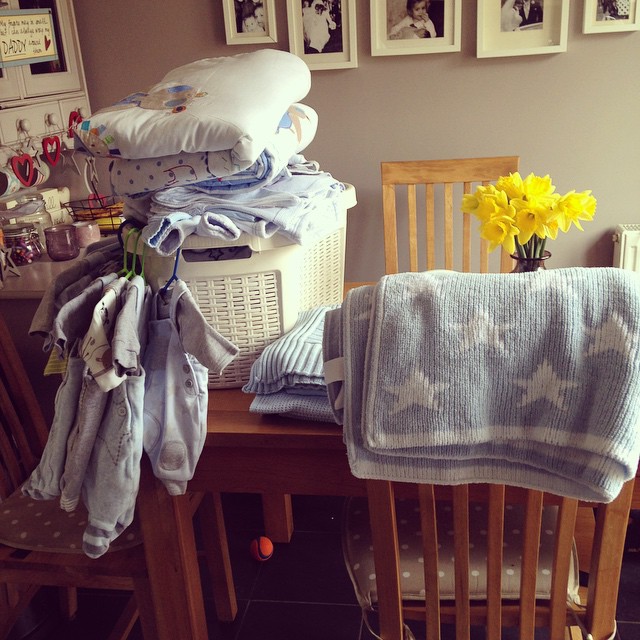 8. Plan and prepare – Don’t be scared

I know how awful it is to have a nursery that is painted and ready, only for you to not bring your baby home. When we lost Sophie her bedroom was ready, and we had to come home from the hospital and pack it all away. Surprisingly though, this didn’t put me off prepping for my rainbow baby. I felt that if i held back from getting the nursery ready, or from buying clothes, I was preparing for the worst. Again it is all about positivity, and I also felt like it helped me to bond with my rainbow babies. It is scary, but it is also important to be able to enjoy a time which is so special. 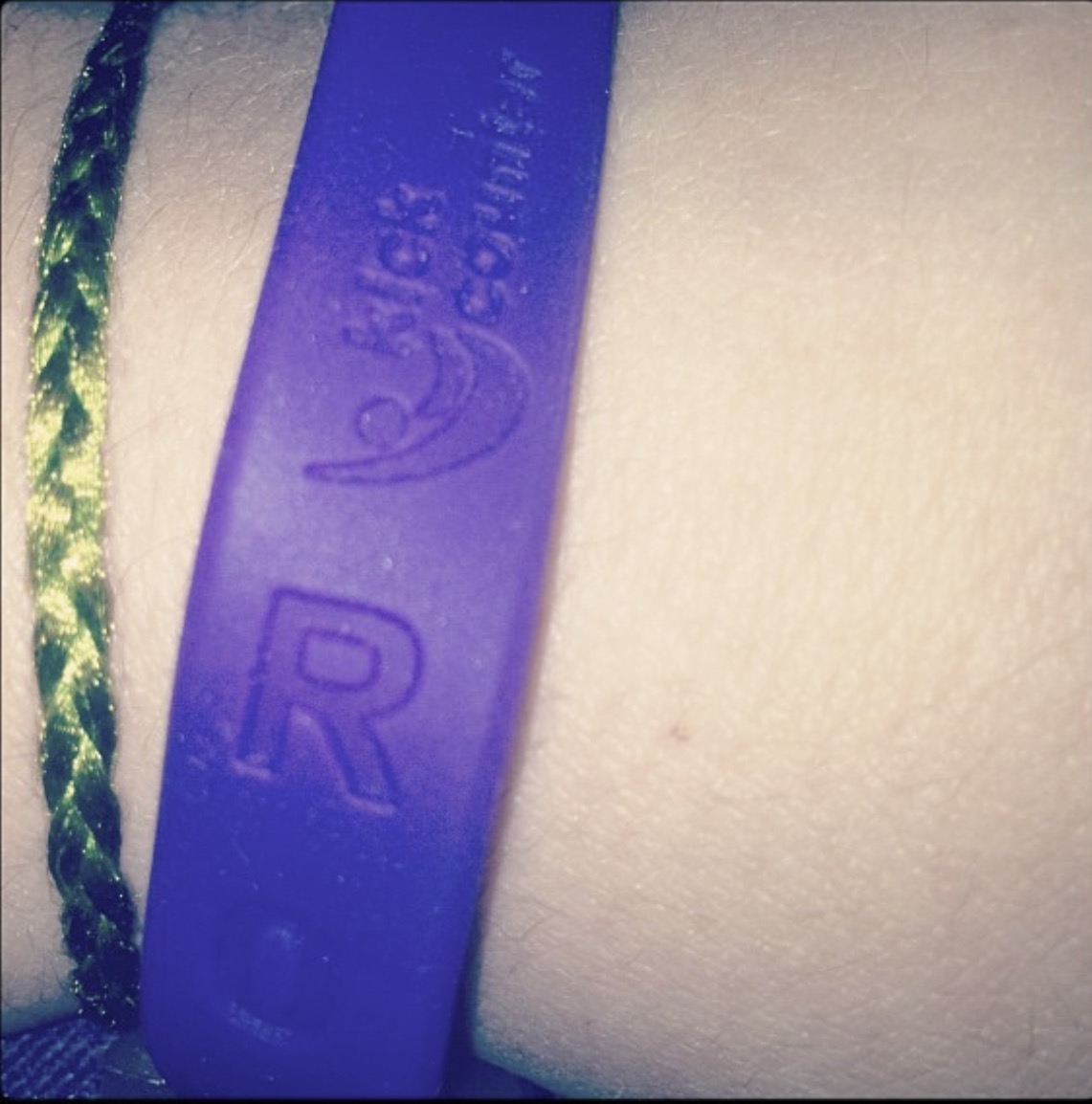 When I was pregnant with Ollie, I was told about these wonderful bracelets from Kicks Count. They have a moveable dial, which allows you to track your babies daily movements. This makes it easier to realise if there has been a change in your babies movements. It was definitely a positive distraction for me from worrying. They now also have an amazing app which helps you get to know your babies regular pattern of movement and understand it, in able to notice any changes. As a side note here, also please please please do not rely on a home doppler to reassure you about movements. I was naive and convinced myself that everythiung was fine when it wasn’t. You can read more about my experiences with home Dopplers in my post here. 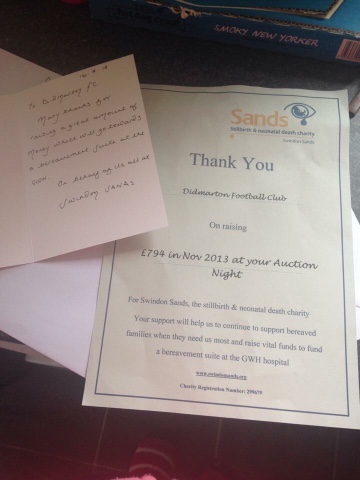 10.Focus your attention on something positive

When I was pregnant with Ollie, I wanted to help support charities that I felt had supported me during our loss. One of them wash our local branch of SANDS. I put in motion the idea of holding an Auction of Promises, in conjunction with a local football club that our family has been involved in for a long time. It took a lot of hard work but nearly a year after Ollie was born, we raised nearly £800 for Swindon SANDS and also for another local charity. At the time, Swindon SANDS were raising funds to open a bereavement suite at the hospital where we had Sophie. Its was a cause very close to my heart as we had given birth to Sophie on the normal delivery ward (strangely in the same room that Mason would later be born in). Sadly that meant we could hear other babies crying and it was heartbreaking. The bereavement suite opened last year and it felt like something hugely positive came out of our loss of Sophie, and it will always be something I am incredibly proud of.

Trust your gut – if you are worried or feel like something is wrong, contact your midwife or local maternity unit/hospital immediately. Even if you feel silly, or like you are ‘wasting their time’, I guarantee you won’t be. It is always better to be safe that sorry. If in doubt, get checked out.

For every fear and doubt that you have going through your head during a rainbow pregnancy, it is all so worth it when you hold your  precious rainbow baby for the first time. Time is a great healer, but nothing is more so than creating your own little tribe after loss. We will never forget Sophie, but my rainbow babies helped fill a huge emptiness that we felt when lost her. These mad four are my life, and I’m so proud of everything we conquered to get to this point.

On another note, I am always happy to have an ear for anyone who wants to talk about babyloss, or pregnancy after loss. Feel free to contact me here, or through one of my social media channels. 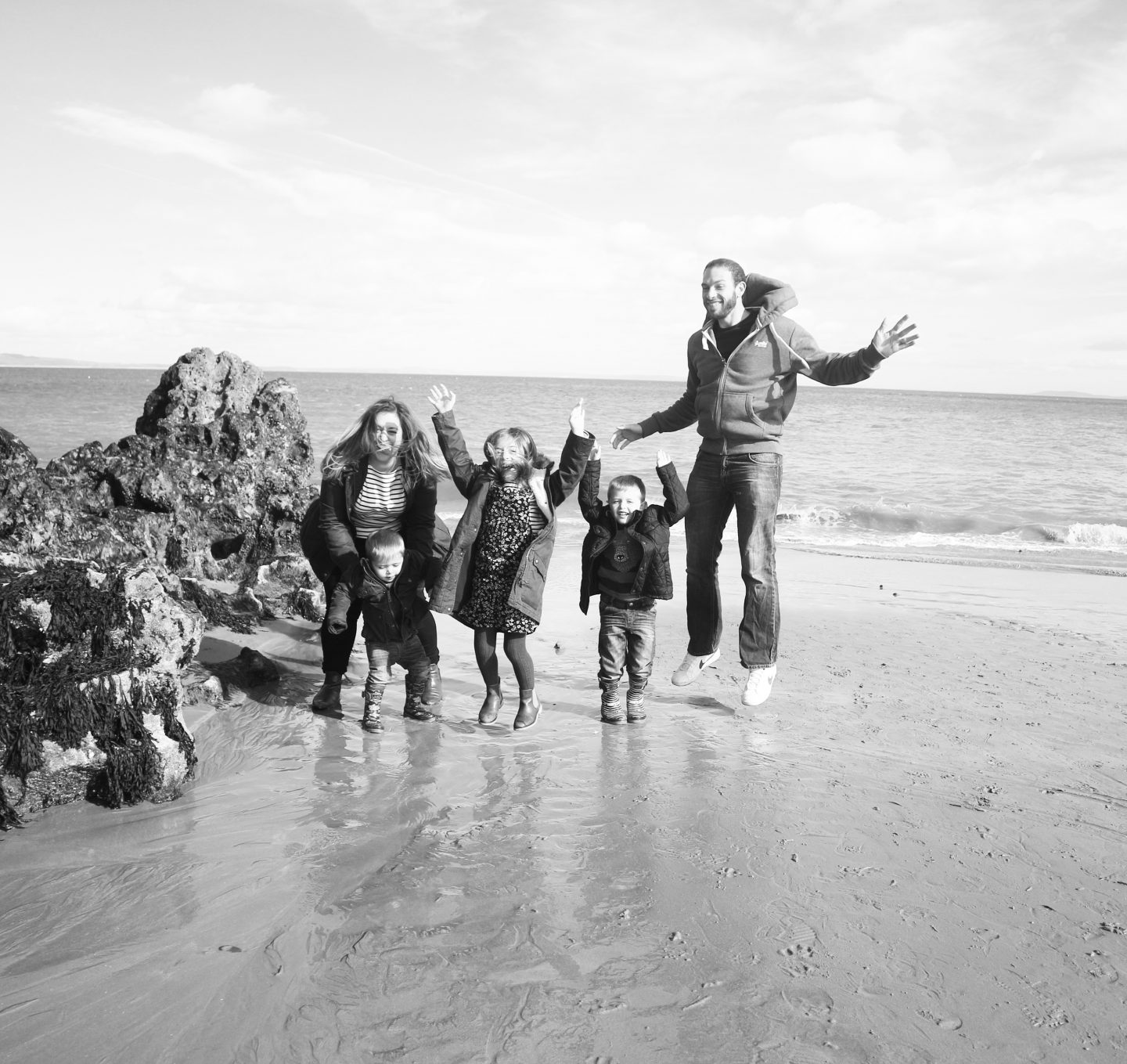 All babies are special, but none more so than a rainbow baby.